Iran, however, vowed on Saturday to drastically ramp up its uranium enrichment capacities and rejected the UN sanctions as “invalid” and “illegal”.

Mohammad Ali Hosseini, the foreign ministry spokesman, said that Iran would carry out its plan to install and make operational 3,000 uranium enriching centrifuges at a key nuclear plant, in defiance of the UN resolution.

Such a move would be an important step for Iran towards enriching uranium on an industrial scale. So far it has two cascades of 164 centrifuges at its uranium enrichment plant in the central city of Natanz.

“This new resolution will not be an impediment to Iran‘s nuclear  progress,” Hosseini said in a statement published by Iranian official media.

“The Iranian nation, relying on national abilities and within the framework of the nuclear non-proliferation treaty and its undeniable rights, will go ahead with its peaceful nuclear plans.”

In the run-up to the UN vote, the Iranian president had sounded defiant.

“The bullying powers today, in confronting Iran‘s peaceful nuclear technology, are faced with a sea of courageous people,” Mahmoud Ahmadinejad said in a speech.

“The bullying powers today, in confronting Iran’s peaceful nuclear technology, are faced with a sea of courageous people,”

The UN text warns Iran to comply with the demands, or the council will “adopt appropiate measures under Article 41 of Chapter Seven” of the charter, a reference to non-military sanctions.

“Today we are placing Iran in the small category of states under Security Council sanctions,” Alejandro Wolff, the acting US ambassador, told the council before the 15-0 vote.

Vitaly Churkin, Russia’s UN ambassador, who was successful in watering down parts of the resolution, emphasised that the resolution did not permit any use of force.

A Western diplomat privy to the talks said that Vladimir Putin, the Russian president, had insisted on seeing the final text before the vote.

Putin called George Bush, his US counterpart, to discuss the resolution and they agreed on the need to act, Blain Rethmeier, a spokesman for Bush, said.

During negotiations, a mandatory travel ban was dropped at Russia’s insistence.

Instead, the draft resolution called on all countries “to exercise vigilance” regarding the entry or transit through their territory of those on a UN list that names 12 top Iranians involved in the country’s nuclear and missile programmes.

It asked member states to notify the Security Council committee that will monitor the sanctions when the listed Iranians show up in their country. 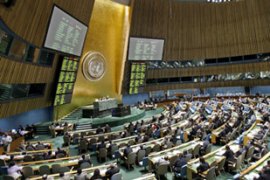 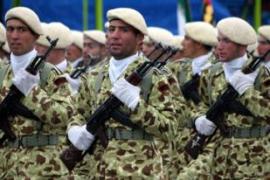 The executed men were Arabs accused of carrying out bombings in 2005. 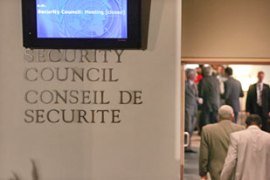