The two leaders also decided to hold more meetings, but no dates were set.

Olmert and Abbas agreed at their meeting “to advance the peace process between Israel and the Palestinian Authority”, Olmert’s office said in a statement.

The statement described the atmosphere during the two-hour meeting as friendly.

“Both leaders agreed that this meeting was the first step toward rebuilding mutual trust and fruitful cooperation,” it said.

West Bank roadblocks
Israel had frozen the transfer of tax rebates and other funds to the Palestinians after Hamas came to power in March. In the Olmert-Abbas meeting, the Israeli leader said he would release $100 million of those funds for humanitarian needs.

Olmert also agreed to remove several West Bank roadblocks in coming days, according to a list the Palestinians submitted to Israel, Erekat said.

Speaking after the two leaders had their first official meeting at Olmert’s Jerusalem residence, Erekat said they had discussed “the ceasefire in force in the Gaza Strip and extending it to the West Bank”.

Israel has been under pressure from the United States and the European Union to take steps to support Abbas since he called for early Palestinian elections to resolve differences between his Fatah movement and the ruling party, Hamas.

“The issues on the table are the continuation of the ceasefire in the Gaza Strip, what is happening with the Palestinian Authority’s [Hamas-led] government and the issue of Gilad Shalit,” said Miri Eisin, a spokeswoman for Olmert.

Palestinian fighters abducted Shalit, an Israeli soldier, in a cross-border raid in June. Israel responded by launching a military offensive in the Gaza Strip.

Last week, Olmert made a surprise visit to Jordan, whose King Abdullah II has warned of “disastrous” consequences if progress is not made in the peace process in the next six months.

Earlier on Saturday, Abbas postponed a scheduled meeting with King Abdullah beacuse he was “determined to attend the Christmas celebrations in Bethlehem in accordance with the tradition set by the late Yasser Arafat,” the Palestinian ambassador said. 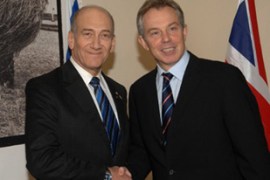 Plans afoot to set up a joint panel to negotiate Israeli-Palestinian prisoner swap. 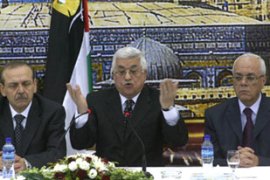