Mark Regev, spokesman for the Israeli foreign ministry, said Monday that no final decision has been made.

“Israel heard that they decided not to come. We had not given them a negative response, our final decision was pending.”

The former Anglican archbishop of Cape Town said he had accepted the mission on behalf of the UN Human Rights Council “at short notice” and had been in Geneva since December 1 trying to negotiate entry into Israel and Gaza.

“We cancelled important commitments to make ourselves available for this task and to submit a report by mid-December to the council,” he said, adding that to take up the mission he had left the bedside of his wife, who was in a hospital following a knee operation.

Christine Chinkin, a law professor at the London School of Economics, said she and other members of the team had hoped to meet with Israeli authorities and had therefore decided against entering Gaza through Egypt.

“That would be one-sided. It would not give us the full picture. It would also look as though we were going in the back door,” she said. “It was in no way at all a one-sided mission.”

Israeli officials have expressed concern that Tutu’s mission was only entrusted with investigating alleged human-rights violations committed by Israel, and not also by Palestinian armed groups.

The 47-nation council authorised the mission last month, asking Tutu to assess the situation of victims, address the needs of survivors and make recommendations on ways to protect Palestinian civilians against further Israeli attacks.

The Beit Hanoun shelling, which Israel said was unintended, came after its troops wound up a weeklong incursion meant to curb Palestinian rocket attacks on Israel from the town.

Palestinian fighters frequently use Beit Hanoun as a staging ground for their rocket attacks on Israel.

“We had a problem not with the personalities, we had a problem with the institution,” Regev said. “We saw a situation whereby the human rights mechanism of the UN was being cynically exploited to advance an anti-Israel agenda. This would do the Israelis, the Palestinians and peace in the Middle East no good at all. This would also have done nothing to serve the interest of human rights.”

It is unclear if Israel will allow the fact-finding mission to take place at a later date. Tutu said it would be difficult to organise the mission again and to set up the necessary appointments in Israel and the Gaza Strip with people involved in the conflict.

Tutu’s team was supposed to report its findings to the UN Human Rights Council by Friday.

The council, which replaced the widely discredited Human Rights Commission in June, has been criticised for passing eight resolutions criticising Israel in its six-month existence, but none censuring any other government’s policies.

Kofi Annan, the UN secretary-general, urged the watchdog group last month to deal with the Middle East conflict in an impartial manner, and said it was time to focus attention on “graver” crises such as Darfur.

After that, European countries rallied enough support to require the council to hold a special session on Darfur, which has been scheduled for Tuesday.

“I’m glad the council will be discussing it, because it does underscore what makes for the credibility of an institution or of a person,” Tutu said. 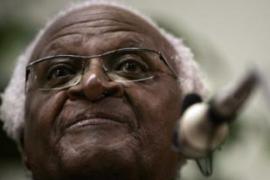 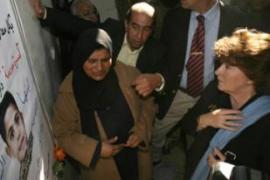 US veto of Gaza resolution criticised

The Arab League has criticised the United States for blocking a UN Security Council resolution that sought to condemn Israeli actions in the Gaza Strip.