Tariq Mitri, the Lebanese interim foreign minister, told Al Jazeera there were other ways of going about political change.
He said: “We need to get back to the political process.”
‘Peaceful and civilised’
Nasrallah’s speech was broadcast live on two big screens to thousands of cheering opposition protesters who have gathered since Friday outside the government’s offices in central Beirut.

Nasrallah said that the protest was “peaceful, civil and civilised,” and pledged that the death of a 20-year-old Shia opposition supporter after violence on Sunday would not lead the protesters to violence.

He said: “When they killed Ahmed Mahmud, they wanted to push us to clashes … I tell them … we refuse civil war and discord.”
The influential Hezbollah leader last addressed his followers on the eve of a mass protest that saw hundreds of thousands of flag-waving demonstrators take to the streets on Friday.
The opposition called Wednesday on Lebanese to “participate en masse in a demonstration Sunday in central Beirut at 3 pm [1300 GMT] in the hope that this will be a historic day on which our voices are heard”.
The opposition, made up mainly of Christian and Shia factions, no longer recognises the government after six pro-Syrian ministers resigned last month.
The government, backed by an anti-Syrian parliament majority elected in 2005, has rejected repeated demands from Hezbollah and its allies for increased representation which would give them an effective veto in the cabinet. 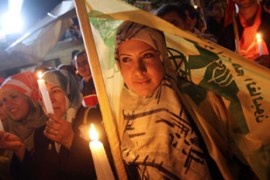 Army commander warns protests could get out of control despite deployment of troops. 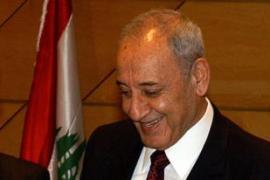