Bangkok and other areas of central Thailand have received new warnings of possible major flooding, even as disaster relief authorities said the threat was easing in 13 of 30 provinces elsewhere that had been lashed by seasonal monsoon rains.

Seven people have died and two are missing since Sunday from flooding triggered by Tropical Storm Dianmu, the Department of Disaster Prevention and Mitigations said on Wednesday.

It announced that 197,795 households in 30 provinces, mostly in the north, northeast and central regions had been affected – a 56-percent increase over the 126,781 reported a day earlier. Heavy rains are still forecast for many areas.

The massive amounts of water flowing down the Chao Phraya from the north have overwhelmed dams and reservoirs, resulting in immediate warnings being issued to Bangkok and the provinces of Lopburi, Saraburi, Ayutthaya, Pathum Thani and Nonthaburi.

Bangkok Governor Aswin Kwanmuang acknowledged on Wednesday on his Facebook page that because the capital is on low-lying ground, it is vulnerable to flooding from the Chao Phraya, and cannot be drained quickly. Parts of the city were inundated in a major 2011 flood, fed primarily by water released from reservoirs in the north.

The governor listed measures the city is taking to cope with flooding, including preparing water pumps that connect to a large drainage tunnel.

While large dams and reservoirs in the north have so far been able to cope with this year’s rainfall, others closer to Bangkok have approached or exceeded their capacity this month and have had to discharge water.

The most recent flood warnings follow decisions to increase the discharge of water from the Chao Phraya Dam, 190km (120 miles) north of Bangkok, and the Pasak Jolasid Dam, about 100km (60 miles) north of the capital.

Another crisis point is in the northeast, where thousands of people have been displaced by floodwaters. 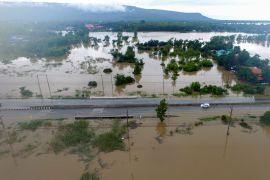 Barriers set up to protect Bangkok as severe flooding kills six and affects about 70,000 homes in Thailand. 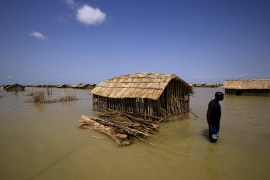 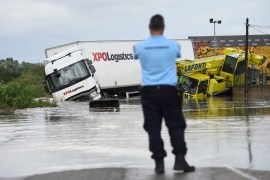 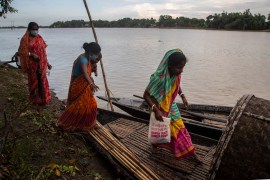 The Brahmaputra and other rivers across Assam and Bihar burst their banks after incessant downpours.