By Showkat Shafi and Faras Ghani

Doha, Qatar – Full of enthusiasm, passion and excitement, the Refugee Olympic Team has been training hard in the Qatari capital of Doha in preparation for Tokyo 2020.

The 29-member squad, which will compete across 12 sports at Tokyo 2020, will become the second of its kind to take part in the Olympics after its debut at Rio 2016.

In 2016, after the International Olympic Committee (IOC) Executive Board approved the team’s creation, 10 athletes were selected to take part in the 2016 Olympic Games.

All athletes who were considered had received United Nations refugee status.

A refugee, according to the UNHCR, is “someone who has been forced to flee his or her country because of persecution, war, or violence”.

“We are honoured to have the opportunity to make a small contribution to the inspiring journey of the Refugee Olympic Team,” Qatar Olympic Committee (QOC) President Sheikh Joaan Bin Hamad Al Thani, said at Aspire Zone in Doha on Tuesday.

“The team’s performances will not just inspire billions of people but will also raise awareness about the scale of the global refugee crisis.”

However, the IOC said on Wednesday the squad has been forced to delay its departure to Japan following a positive COVID-19 case by a team official.

“As a consequence, it was decided that the team would currently not travel to Tokyo and will continue their training in Doha while being tested daily,” the IOC said in a statement. 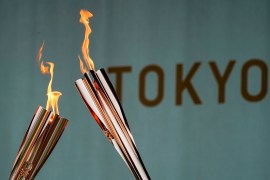 Fans will not be able to watch the games in Tokyo and the neighbouring prefectures of Saitama, Chiba and Kanagawa. 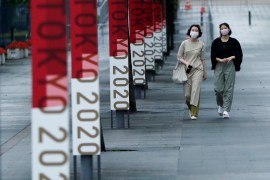 ‘Regrettable’: Tokyo Olympics to be held without spectators 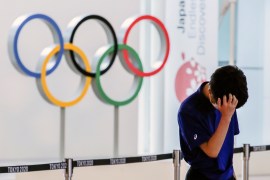 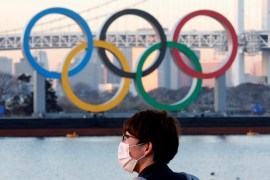