Italy inflicted heartbreak on England to win the Euro 2020 final after a penalty shoot-out at London’s Wembley Stadium on Sunday, with pundits and ex-players paying tribute afterwards to both teams.

Luke Shaw gave England an early lead and Leonardo Bonucci equalised in the second half to send the game into extra time, but neither side were able to add to their tally and Gianluigi Donnarumma made the crucial shoot-out save from Bukayo Saka to win the title for Italy.

“Football is a cruel, cruel game at times. Those boys have performed heroically for a month, such a shame that it has to come down to a situation like this,” former England striker Alan Shearer said on the BBC.

“An unforgettable night for our Azzurri! What a fantastic achievement for Roberto Mancini and his team. They deserved to win this second Euro title, and their performance from the opening game in Rome one month ago has been perfect!” he said.

“You have added more history to our national team and you all should be very proud! Congrats champions, now it’s time to celebrate all together!”

Rio Ferdinand, who played 81 times for England and scored three times, thanked Gareth Southgate’s side for their efforts.

“Obviously, huge disappointment. But as you can see, the fans clapping the players. They have brought us a joy, that definitely my generation and below have never felt watching an England team,” he said.

“They lifted the country up when we needed it. It’s a harsh, harsh game when it gets to this stage. It’s a painful way to lose it … Italy will enjoy it and credit to them.”

“We’ve seen individuals and the (England) team grow. We’ve seen the nation grow behind the team. Italy controlled the elements of the game. We must give them credit. They deserve their victory,” he said.

“The effort this England team put in, we felt it so dear to our hearts and we wanted them to get over the line. Finals are won by moments. It can go any way. Penalties are so tough. It’s the nature of the game.” 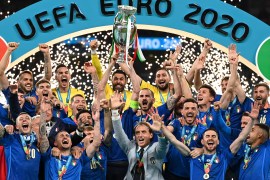 Italy seal second Euro triumph after beating England 3-2 in the final on penalties. 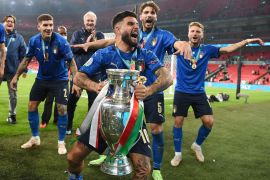 Latest updates from Wembley Stadium where Italy take on England in the final of Euro 2020. 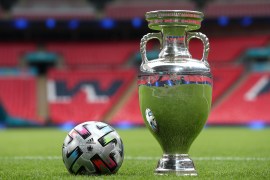 A look at how Italy and England managed to reach the Euro 2020 final. 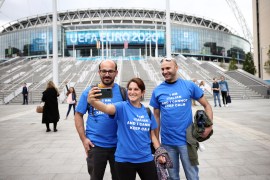