A long-dormant volcano on the Reykjanes Peninsula in southwestern Iceland flared to life on Friday night, spilling lava down two sides in that area’s first volcanic eruption in nearly 900 years.

The glow from the lava could be seen from the outskirts of Iceland’s capital, Reykjavik, which is about 32km (20 miles) away.

The Department of Emergency Management said it was not anticipating evacuations because the volcano is in a remote valley, about 2.5km (1.5 miles) from the nearest road.

There had been signs of a possible eruption recently, with earthquakes occurring daily for the past three weeks.

But volcanologists were still taken by surprise because the seismic activity had calmed down before the eruption.

On Saturday, experts said the volcano appeared to be subsiding and posed no danger to people. 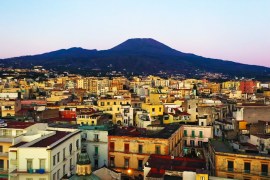 Living with the Volcano

Life in the shadow of an active volcano might be risky but people living near Mount Vesuvius in Italy are there to stay. 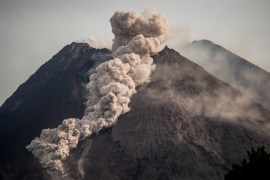 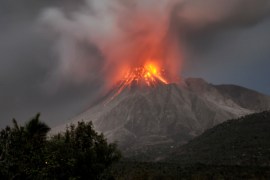 Sleeping volcanoes rumble to life in the eastern Caribbean 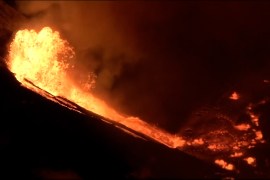 The eruption started with multiple fissures opening on the walls of Halemaumau Crater.