When someone asked the captain of independent India’s first national football team why they all played barefoot at the London Olympics in 1948, he is said to have answered: “We play football in India. Whereas you play bootball.”

The captain of the team, Talimeren Ao, was a Naga, a group native to India’s northeastern frontier where most people trace their roots to Myanmar or China.

The region has a little over 3 percent of India’s population but boasts being home to nearly one-fifth of the national football team.

In Naga villages, children playing football barefoot is a common sight. Sometimes the balls they play with are made from pig bladders or rag-stuffed pomelos.

And when matches are played, the entire village turns up to show support. Parents carry infants on their shoulders and young boys make bonfires to keep spectators warm.

The story is no different in Shangshak, home to the Tangkhul Nagas in the northeastern Indian state of Manipur, where two neighbouring villages played a match on Saturday.

The match was just a friendly – neither village has a formal football club.

And rather than football drills, most of the home team’s players spent their morning helping paint a fellow villager’s house, a common practice in a community where the culture of helping neighbours remains deeply ingrained.

In India, cricket is the only sport that matters. Like Bollywood, it is one of the few things that knits together a disparate nation of nearly 1.4 billion. But the fervour for football is felt deeply in India’s northeastern states.

In a largely Hindu country, most Nagas are Christians. They are ethnically distinct from most of India, and for decades, Naga armed groups have been waging a fight for independence.

Most Naga villages are perched on mountaintops, originally built long ago to spot approaching enemies when the region was little more than a forest. But on nearly every hilltop, a football pitch springs to life.

“We learn to play the game from the time we start walking,” said AS Ngayaomi, 20, who was a substitute in Saturday’s match. 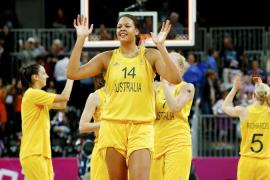 No gender equality on the way to the Games

The Olympics have come a long way, but Japan and Australia still treat their women athletes differently from the men. 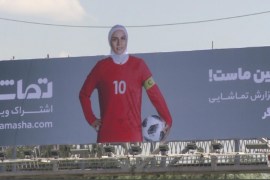 Iran has managed to qualify for the World Cup, a win in itself for many, but political rivalries are obvious when fans watch the matches. 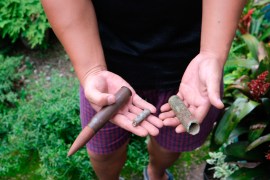 In Pictures: Northeast India recalls ‘Stalingrad of the East’