More than 300,000 residents of Mosul are still displaced with no homes to go back to, two years after the end of the military operation to retake the city from the Islamic State of Iraq and the Levant (ISIL or ISIS) armed group, according to the Norwegian Refugee Council (NRC).

About 138,000 houses were damaged or destroyed in the entire city during the conflict. In West Mosul alone, there are still more than 53,000 houses flattened and thousands more damaged.

Most of the displaced families have run out of savings and are surviving on humanitarian aid. Only four percent of them, according to NRC, said they intended to return this year.

Those who decided to return have to rebuild their homes themselves, at risk of being exposed to unexploded bombs and ordinance left behind after the city was retaken.

For the last two years, many of those who returned to the city have been living in damaged or destroyed houses and basements without basic services, relying on aid and support from their community while waiting for some compensation from the government. 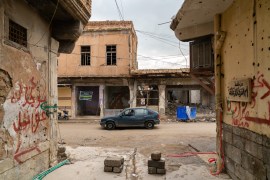 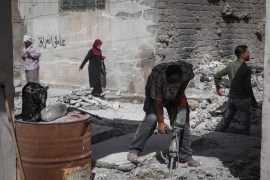 A year after the fall of ISIL, civilians rue lack of support after their homes were heavily damaged or destroyed.