Niamey, Niger – A group of teenage boys sits in the tall grass along the Niger River in Niamey, sipping tea, smoking cigarettes and laughing. The friends hang out along the Niger nearly every day. “The river reminds us of our tradition,” says one of them, Karim. “Our elders came here to walk and bathe and talk. We do that too.”

For these boys, the river is a place for socialising, but it is also a source of drinking water, a washing machine, a fishing destination, and more for residents of Niamey, as well as the more than 110 million others who live in the Niger River Basin.

According to the Niger Basin Authority, the effects of climate change are threatening the way of life for these millions of people.

Robert Dessouassi, head of the Niger Basin Observatory, said that decades of decreased rainfall in the 1970s and 80s left water levels at up to 30 percent below normal, but now that trend is shifting and increasingly heavy rainfall during the wet season is making it difficult to live along the river.

Abdou Ali has fished along the riverbanks of Niamey for 20 years. He says the fish are less plentiful now than two decades ago, when he could catch six or seven kilos of fish in two hours. Now he only catches two or three fish in the same amount of time.

“Facing the challenge of development and adaptation to climate change, the people of the Niger Basin need information, technology and support structures to effectively adapt to climate degradation,” said Dessouassi. 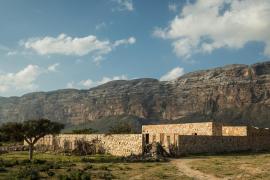 A precarious living on the Yemeni island of Socotra

Crisis in Yemen has left island residents, who depend largely on the mainland for food, scrambling to purchase goods. 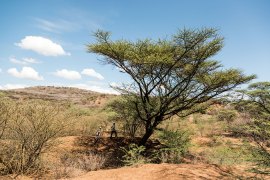 Dripping Gold: On the Hunt for Honey in Kenya

Kenya is not very famous for its honey, but a group of small-time traditional producers hope to change this reputation.