San Salvador, El Salvador –  The government-brokered ceasefire between the two largest gangs, the Mara Salvatrucha (MS-13) and 18th Street Gang, has failed and violence is skyrocketing in El Salvador once more.

In May, 635 gang-related homicides were reported, according to official figures. In June, the number rose to 677, and in August, a record number of violent murders took place for over the course of three days.

This summer has seen the highest number of homicides since the end of the bloody 13-year civil war in 1992. In fact, with around 700 murders a month, the numbers of victims in 2015 closely resemble those reported during the most violent months of the war in 1981.

The security measures implemented by the new government of President Salvador Sanchez Ceren, have been ineffective against the chaos and the violence which overwhelm the poorly prepared police department struggling to gain control over the situation. 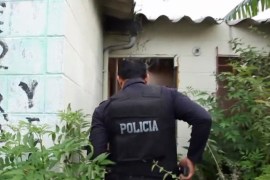