More than 116,000 people are homeless on any given night in Australia and Indigenous Australians are disproportionately represented in those figures. As the country marks Homelessness Week, we tell some of their stories.

“Uncle” Jack has worn many guises in his decades as an actor. At 77, his impish face is now beset by a grey beard and long, grey locks.

An Indigenous man with a deep gravelly voice, he has appeared in films, plays and television shows since the 1970s, and in recent years, has seen a renewed interest in his life and work. In 2019, he was awarded a Lifetime Award at the National Indigenous Art Awards.

But his real life has mirrored the drama he regularly performs onstage and on-screen. A former heroin addict, cat burglar and prisoner, Uncle Jack also spent decades living on the streets of Melbourne.

“I was very comfortable catching the last tram out of Melbourne and going to the wealthy areas and seeking out the public toilets in the back of the church,” he says.

“I had my favourite spots scattered around Melbourne. If it was winter, I’d be able to warm up – some of the laundries I’d visit under flats, there’d be a heater heating the water, so it was a warm place for me.”

Uncle Jack is part of the Stolen Generations – Indigenous people who were removed from their families by successive government policies and placed into institutions and foster homes to be forcibly assimilated into the non-Indigenous majority. In the process, they were not only separated from their families, but their culture, languages and connection to their traditional lands.

Such policies of removal began in Victoria in 1869, and lasted into the 1970s. It is estimated that as many as one in three Indigenous people in Australia were removed in this fashion, with at least half of Indigenous families in Victoria being affected.

Jack was born on the Cummeragunja Aboriginal mission in Victoria’s north and was removed from his mother when he was just a baby. He was sent to Melbourne – more than 400km (249 miles) away – and placed into the Salvation Army Boy’s Home in Box Hill, an affluent suburb of Melbourne.

He was taught nothing and knew little of his Indigenous heritage while growing up in the home, and remained isolated not only from his family but also other Indigenous people.

He says he was repeatedly sexually abused by the men in charge of the boys’ home, leaving lifelong emotional and psychological scars.

Then, when he was 17, he met some other Indigenous people in a pub – they turned out to be relatives of his. Two years later, he met his mother for the first time since he had been taken as a baby.

Despite early success as an actor and establishing the first-ever Indigenous theatre company in Australia in 1971, Jack’s childhood trauma led to alcohol and heroin use, then homelessness and prison.

“I became homeless mainly through my drug addiction. I’d be injecting heroin about 15 or 20 times a day,” he explains.

“The alcohol and heroin use hid the pain of what went on in the homes, so I wasn’t able to draw on those memories, I put them well and truly far behind.”

Indigenous Australians are disproportionately represented in homelessness statistics, both nationally and in Victoria.

VACCA further reports that if non-Aboriginal people experienced a housing crisis at the same level as Aboriginal people, more than one million Victorians would seek homelessness assistance every year.

Indigenous Australians not only experience inequality in homelessness, but in other social determinants as well, including health, employment, education and life expectancy.

These lower life outcomes are largely the result of the trauma experienced as a result of punitive past policies that continue to resonate today.

“Housing is a health issue,” said Karyn Cook, CEO of homelessness service Ngwala Willumbong. “We know that a lot of those social determinants are impacted significantly by housing insecurity.”

“On top of all that you have colonisation, disruption to country and cultural practices, cultural identity, transgenerational trauma, unresolved trauma, grief and loss, loss of language.”

“The picture looks bleak for Aboriginal people,” she said.

Ngwala Willumbong – meaning “dry place” in the Pitjantjatjara language – is an Indigenous-run drug and alcohol centre that assists people experiencing homelessness and who may be exiting the prison system.

Many of the staff have experienced the issues their clients are facing and are from the local Indigenous community.

“They really understand what all the issues are and the complexities are for the clients they are working with,” Karyn explained.

“The training is life. People are drawn to these roles due to life experience. Then, what we do is try and harness that and put a professional framework around that.”

Indigenous people are incarcerated at between 11 and 25 times the rate of non-Indigenous people in Australia and while services such as Ngwala Willumbong do their best with limited funding and resources, many Indigenous prisoners simply exit the system into homelessness.

The service is limited by funding and capacity, with only 43 beds on offer for men in the rehabilitation centre.

“That’s just a drop in the ocean,” said Karyn.

Nicole Bloomfield is one of the workers at Ngwala Willumbong who has lived through the challenges many of the clients face.

A mother at age 14 and a former social housing tenant, she said that “Aboriginal people come with multiple layers of baggage, especially when they land in the homelessness space.”

“They could be experiencing family violence, they could have just gotten out of prison. There could be numerous reasons why they are presenting as homeless.”

Nicole also points out the “revolving door” of incarceration and homelessness. And those are just the beginning of the staggering inequalities experienced in other social determinants.

For Indigenous women, that rate is even higher, making up 34 percent of all incarcerated women. They are also the fastest-growing cohort of prisoners in the country.

Yet, despite the obvious hardships of homelessness and prison, Nicole is quick to describe the sense of community experienced by Indigenous people living on the streets, such as the Parkies, a group of homeless and formerly homeless Elders located in Inner Melbourne suburbs.

Like Uncle Jack, many of the Parkies are part of the Stolen Generations, and would meet up in – and often sleep in – parks in the Inner Melbourne suburbs of Collingwood and Fitzroy.

In the 1960s and 70s, these now-gentrified suburbs were hotbeds of Indigenous activism and home to many of Melbourne’s Indigenous community organisations, including Uncle Jack’s fledgling theatre company.

It was in these suburbs – and in the parks – where members of the Stolen Generations, like Jack, would meet family for the first time.

“They might be no one to themselves,” Nicole said of the Parkies, “but they are someone on the street. It gives them a sense of belonging.”

‘Dealers would look after me’

Uncle Jack would remain on heroin, on the streets, and in and out of prison until 2006.

During that time, he still managed to feature in many films, plays and television shows, despite his homelessness and addiction.

“Even after doing a series of plays in Sydney or Perth, I became homeless, because I didn’t take the offered flight back to Melbourne. I’d ask the theatre for the money and I’d shoot that up the Warwick Farm [arm] and be homeless over in Perth,” he says. “I relied on working actors and friends to look after me, dealers would look after me.”

When he did get stable accommodation, however, he was able to quit heroin, stop the burglaries and stay out of jail.

“The last jail sentence that I did, I was fortunate enough that the office of housing in Collingwood had kept my unit for me,” he explains.

“I did one more burg after I got out of jail, but coming back to my unit, I realised what I was doing and I didn’t feel the need to go out and do burgs. I was 60-plus, I was on a pension, and I was being looked after by the Aboriginal Health Service. And I was getting acting work.”

Since permanently quitting heroin use, Uncle Jack is permanently housed in a council flat in the Melbourne suburb of Heidelberg and continues to act and advocate on behalf of Indigenous people, in particular, those of the Stolen Generations.

He reflects on his days living in the laundries of other peoples’ houses.

“I was discovered sometimes, but nonetheless, people were very open towards me – a hairy creature sleeping on cardboard with a heavy coat over me, my legs covered in newspapers,” he laughs.

“I saw the pity in their eyes and they didn’t mind me doing that, as long as I never stole any of their clothes.” 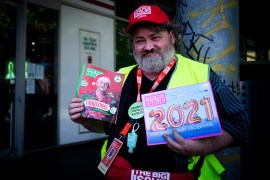 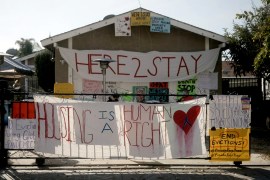 Shelter in Place: LA’s fight for housing in a pandemic 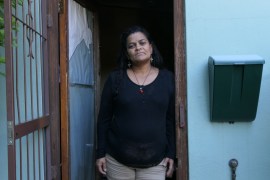 ‘David versus Goliath’: Being homeless in the City of Cape Town 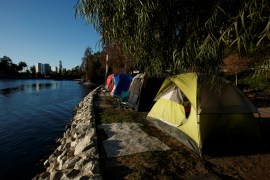 How activists are fighting homelessness in Los Angeles

What will it take to resolve the city’s crisis of homelessness?