Learning to become a qari (or qari’ah for females), a skilled reciter of the Quran, the holy book for Muslims, is not easy. It takes years or even decades of practice and discipline to master proper recitation and pronunciation known as tajweed.

For Madinah Javed, 25, a law graduate and activist from Glasgow, Scotland, her journey to become a qari’ah began from a young age when her mother would attend tajweed classes while they were living in Qatar. As a toddler, she would sit in her classes and absorb what she was hearing.

Some two decades of training later, the St Mary’s Cathedral in Glasgow invited Javed in 2017 to recite a part of the Quran and share the story of Mary and Jesus as a guest for their Christian service.

The audience was touched by her melodic recitation, and it was a proud moment for Javed. But when she posted the video of her recitation online, she did not expect to be met with a huge backlash from the far-right worldwide.

For months she was the target of hate messages and threats, so much so that she wanted to disappear and change her name. The police had her phone number registered, so that if she called they would arrive immediately.

Through the entire ordeal, the Muslim community remained silent, as women are usually shunned in many communities in the United Kingdom when they recite the Quran publicly.

It was something that never made sense to Javed as she believed the focus should be on the meaning of the recitation, instead of the reciter’s gender, colour or dress.

But later, Javed realised there was a silver lining after all.

After viewing her recitation online, many Muslim women wrote to Javed, saying they were inspired as it was the first time in their lives they heard a woman recite the Quran in public.

In many Muslim-majority countries such as Algeria, Nigeria, Malaysia, Indonesia and Bosnia & Herzegovina, it is common for women to recite the Quran in public spaces for both men and women to hear.

But in some Muslim communities in the West, some hold the opinion that women cannot recite for audiences that include men, as they see the woman’s voice as “awrah”, as part of that which should be covered.

Searching the hashtag on Twitter, Instagram or TikTok now reveals a collection of Quran recitations by women and girls around the world, which was previously unavailable.

“I focused all of my energy and passion into creating something beautiful. I realised there were no other female reciters here and that I had broken a glass ceiling,” Javed told Al Jazeera.

“So my activism with Female Reciters began to rehabilitate female Quran recitation. And this beautiful community of female reciters began online so naturally and my vision was that it would be a place for all women to share and belong in order to revive our sacred tradition together as sisters.”

‘Muslim soundtrack is shown as a male one’

Reciting the Quran is an important aspect in Islam, especially during the holy month of Ramadan, but even on Quran apps there have been no female reciters featured.

So in 2015, Jerusha Tanner Rhodes, associate professor of Islam and interreligious engagement at the New York-based Union Theological Seminary, launched an online petition called #Addafemalereciter calling on QuranExplorer to add female reciters to its app and website.

Six years later there is only one app, the android QAT that is known to have included a female reciter, the renowned Indonesian qari’ah Maria Ulfa.

Aside from the difference in opinion, a second reason why Quran apps have not added female voices is because there are few female recitations publicly available and not copyrighted, Tanner Rhodes said.

“There needs to be some concentrated effort to record female reciters and record the full recitation of the Quran,” Tanner Rhodes said. “Because it becomes much harder to say no, when you can say: ‘And here are three reciters’.

“Recitation of the Quran, even if you don’t become a qari is obligatory and Muslims … need to know how to recite some of the Quran. Having a diversity of voice is part of that obligation.”

For Javed, it was not until she visited Bosnia during Ramadan in 2019 that she heard a woman’s recitation emanating from a mosque for the first time in her life.

A beautiful moment when I was in Sarajevo last year during Ramadan. I was on my way to join the women's mukabela, and for the first time in my life, I heard a woman's voice emanating from the loudspeakers of a mosque (Hadžijska džamija). #femalereciters pic.twitter.com/szgkvkewxU

“I just stopped for a moment to take it in. The Muslim soundtrack is really shown as a male one. How often do we hear a woman reciting Quran, let alone from a mosque?… I was hearing the recitation so loudly and beautiful and clear. It was just amazing,” Javed said.

She noted that 1,400 years ago during the time of Prophet Muhammad, it was normal to hear women reciting the Quran for both men and women. Their recitations – recited beautifully and loudly – would echo on the streets outside for everyone to hear and appreciate.

One of these women was Umm Waraqa, a companion of the prophet and one of the few people who knew the entire Quran by heart. She would teach the Quran to others and her recitations could be heard by those passing her house outside.

Javed’s friend Fazeela Selberg Zaib noted a few years ago that scrolling down the list of Quran chapters on Spotify for several minutes would not yield a single female reciter in the feed.

That is why it was an emotional moment for Javed when she discovered last year on Twitter rare and old recordings from the early 20th century of Egyptian qari’ahs. For the last eight decades, women’s recitations have been banned from broadcasting on radio in Egypt.

A very rare and old recording of a female Qur’an reciter from Egypt, Shaykha Mabrukah. She is reciting a short passage from Surah Al-Isra and it is dated 1905. #femalereciters pic.twitter.com/5QwxJmEwj4

“A spiritual lobotomy has taken place over the past century because we should have a whole trove of recordings of women in our history reciting the Quran but there’s a gap there,” Javed said, quoting Zaib.

“It’s part of our tradition. It’s normal… It shouldn’t be an anomaly [in the British and American context].”

‘A blessing to be able to recite’

Asma Elbadawi from the UK is one of many Muslim women who have posted their recitations online.

She told Al Jazeera her mother taught her how to recite when she was a child and she would enter in many competitions in the Muslim community. She recalled how proud all the mothers were to see their children compete.

“It was something that was seen as a privilege to learn and recite the Quran,” Elbadawi told Al Jazeera.

“For me, I grew up listening to the Quran by women and reciting it as well. For some reason, over the years it became something I didn’t see as often. It was almost like it was forbidden, but it wasn’t. There was this understanding that women don’t recite.

“When women share the recitations of the Quran, it inspires other women to take the time to learn and recite and enjoy the Quran. Because at the end of the day, it’s about enjoying that conversation that you’re having with your creator.”

Tanner Rhodes said in countries such as the United States, things have begun to change as larger Islamic organisations now have women recite at their events.

“For women in particular, learning the Quran is inherently valuable and a beautiful thing to do and committing oneself to learning the practices of recitation, it’s a form of worship. It’s a very valuable thing,” Tanner Rhodes said.

“Reading the Quran is a good thing, and more beautiful ways that people can do that is beneficial.”

The movement has spun various initiatives. Last month, the website Amaliah compiled a playlist of recitations by women worldwide reciting “The Cave”, a special chapter from the Quran that is recommended for Muslims to recite every Friday.

Javed said in places where it is not the norm for female reciters to be listened to, it will take time to make a change. That is why she tries to visit as many communities as possible, speak to people, and raise awareness.

She has given Quran recitations worldwide including at the British Museum and at the Scottish Parliament.

On Monday she will be reciting for the Nightly Quran Recitation, streamed by the Texas-based community organisation Muslim Space.

Javed said she was always taught to love reciting and it is a blessing to be able to do so.

“God’s words are perfect themselves and we’re just trying our best to recite it.” 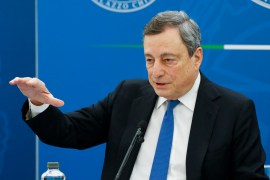 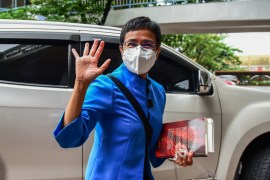 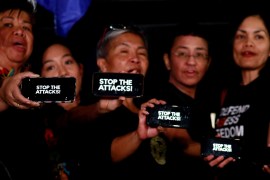 For women journalists, an online battlefield

As women journalists are being hacked, doxxed and threatened, we hear from our colleagues who’ve faced these threats. 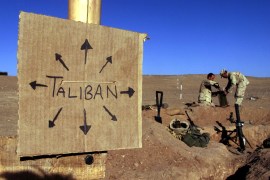 Afghan women’s rights ‘would be rolled back’ under Taliban: US

A new intelligence report says women’s rights will be threatened following US troop withdrawal from Afghanistan.