Every September, the northern summer folds into autumn, the southern winter blooms into spring. The leaves fall, the buds blossom, and all is well with the world. Except it is not.

“Climate change has not stopped for COVID-19.” These are not my words but the headline of the latest report from the World Meteorological Organization (WMO).

To understand what that physically means, look no further than the infernos raging across California, the hurricanes all but queueing up in the Atlantic, the floods and the heatwaves from Arctic Siberia to Los Angeles.

It may be true that emissions dropped as the coronavirus pandemic flicked the switch of the global economy – but that was a moment in history.

Greenhouse gas concentrations are at their highest levels in three million years, Petteri Taalas, the secretary-general of the WMO said, and we are in the midst of the warmest five-year period on record.

So where do we look for hope?

Doubtless, there lies a golden opportunity in the shape of the trillions of dollars of global stimulus packages, as nations try to reboot their economies. And we are all looking for global leadership on that one. 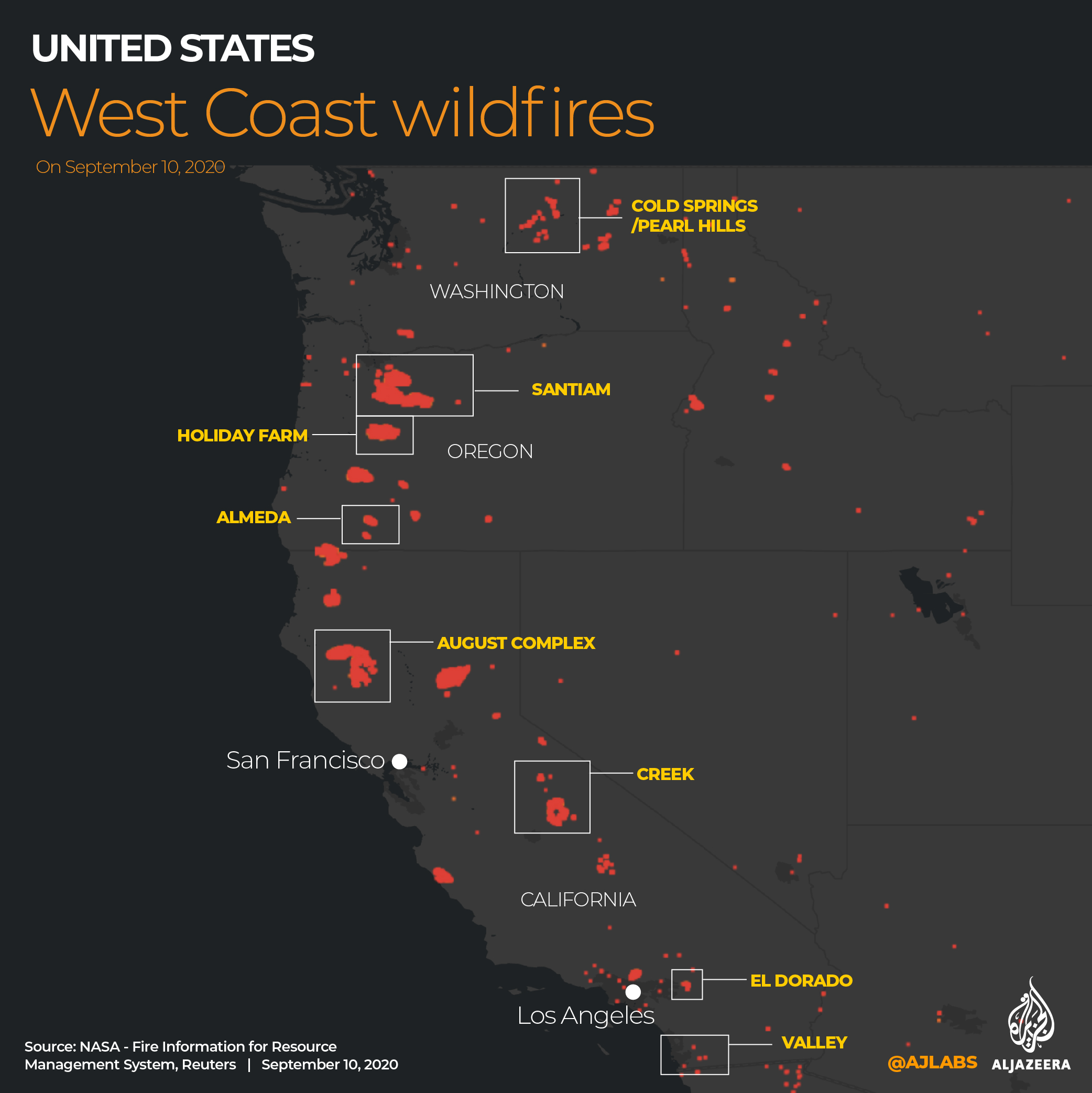 Meanwhile, a salutary tale comes from the most unlikely of places – a nation in the teeth of the worst effects of climate change, the Cook Islands in the Pacific Ocean, where cyclones and rising seas ravage ever-decreasing habitable land.

Fine Tu’itupou-Arnold is the head of the Red Cross there. She told me how until recently Pacific islands have been so remote they have learned to look after themselves, even at the worst of times.

“I believe the Pasifika (the people of the Pacific islands) have a built-in resilience, a culture and history that makes us mentally prepared for the fight ahead,” she said.

Resilient housing is everything, Tu’itupou-Arnold added, explaining that when missionaries first arrived on the islands, they built houses basically out of coconut fronds which blew away in the first cyclone.

Even today, the process still continues. Cyclones come and go, and housing is destroyed, then rebuilt stronger, better, and more able to handle the new weather extremes.

It is a story of facing up to a clear and present danger – something the global community has shown it can do in dealing with COVID-19 but has so far failed at when it comes to the looming, existential threat of climate change. 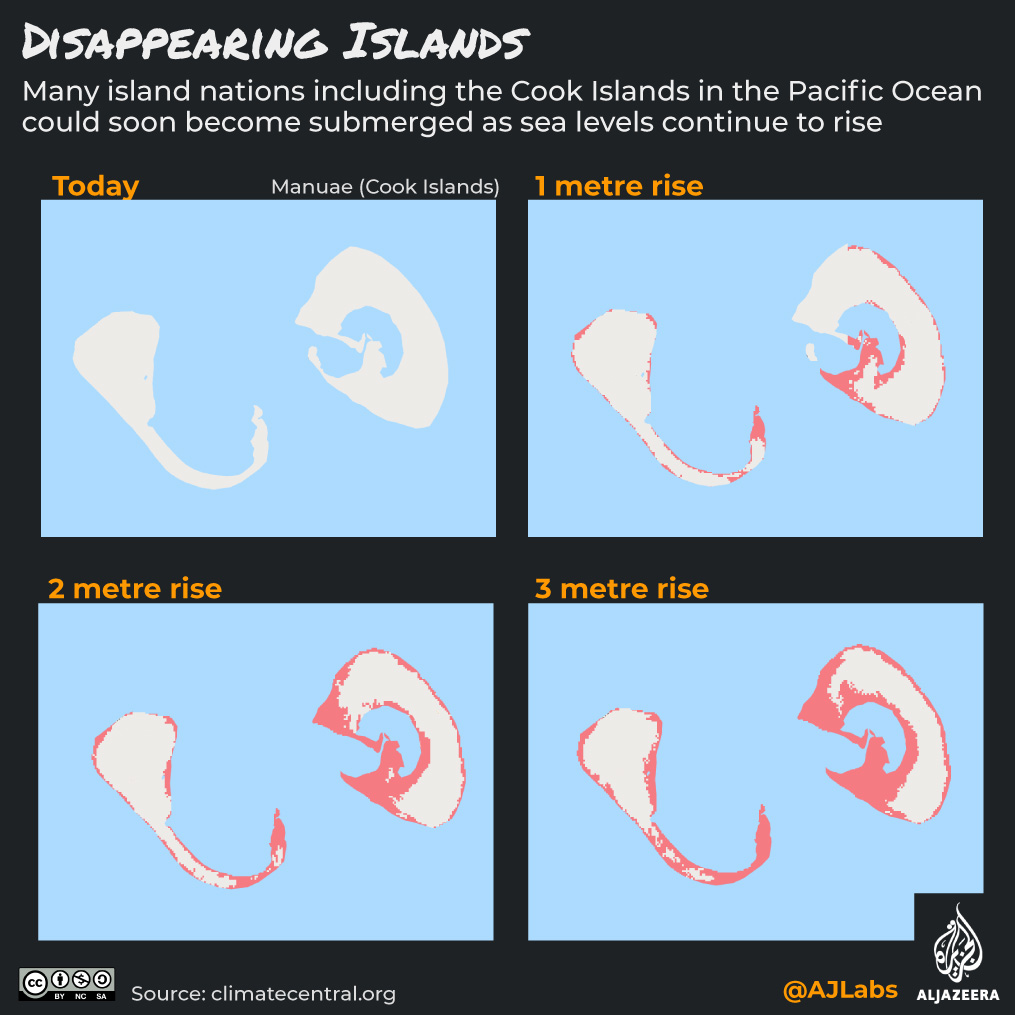 Small island states like the Cook Islands are in deadly danger from the effects of a warming world. They need all the assistance the international community can muster.

“We are not going to run from this,” Tu’itupou-Arnold said. “We know we cannot fight it head-on either. But we have made the ocean our home for hundreds of years. We are going to stay, we will adapt, and I am confident that, one way or another, we will be there – yes, on all 15 of this country’s islands, in 100 years time.”

World leaders would do well to be inspired by their courage.

1. California’s wildfire danger: More than 809,000 hectares (two million acres) have already burned from wildfires in California this year, setting a state record. The previous high was 793,184 hectares (1.96 million acres) that burned in 2018.

2. Five pillars for a green and resilient recovery: If countries design their COVID-19 economic recovery plans wisely, they may be able to tackle both the pandemic and the climate crisis at the same time.

3. Gorilla baby boom!: Seven baby gorillas have been born since January in Uganda’s Bwindi National Park. Only three of the endangered mammals were born during all of 2019.

4. Small islands and climate change: As our world continues to heat up faster than predicted, small island nations are bearing the brunt. Watch our special panel discussion on Inside Story below.

There's one issue that will define the contours of this century more dramatically than any other, and that is the urgent and growing threat of a changing climate.