A deadly conflict between Cameroonian government forces and separatist fighters seeking independence for the mainly English-speaking Southwest and Northwest regions has left many schools closed for more than three years.

In late January, with the threat of further violence looming larger ahead of the February 9 parliamentary and municipal elections, Nga travelled across the border to Nigeria.

Nga now lives with her six children and four other minors related to her in the border village of Ajassor in southeast Nigeria’s Cross River state.

Nga did not move alone.

Nearly 8,000 new arrivals – some of whom struggled through dense forests and grasslands bleeding from gunshot wounds – crossed into Nigeria’s Cross River and Taraba states before the elections, according to the UN refugee agency, UNHCR.

What is commonly known as Cameroon’s Anglophone crisis was triggered by demonstrations by lawyers and teachers in 2016 over the rising influence of French in their education and legal systems.

With frustration over alleged political and economic marginalisation high, the protesters’ action soon morphed into wider demands and resulted in several strikes. Although talk of marginalisation is not new, the action by barristers and teachers became a rallying point for Anglophone Cameroonians who had voted to join the majority French Cameroon to form the United Republic of Cameroon in 1961.

The government’s military response failed to reduce tensions, as government forces were accused of carrying out arbitrary arrests and extrajudicial killings, among other abuses.

In response, a slew of separatist groups rose to fight back and demand independence.

Inside Cameroon, the UN estimates that the conflict has killed about 3,000 people and displaced more than 679,000 others in the Anglophone regions, which comprise 20 percent of the country’s estimated 25 million population.

UNICEF, the UN’s children’s fund, estimates that more than 855,000 children remain out of school in the Anglophone regions where 80 percent of schools remain closed.

Meanwhile, some 60,000 people have fled to neighbouring Nigeria, spread across the states of Akwa Ibom, Benue, Cross River and Taraba.

In Ajassor, in a windowless room packed with nearly a dozen children, Nga happily looks on as her children put on bright school uniforms and get ready to head to school.

But Nga, who is not registered as a refugee because the UNHCR registration process has not started for new arrivals, is worried about her family’s future in Nigeria.

“I am paying rent and then school fees for five children,” she says, her face contorting. “It is very difficult for me without any work.”

About 47.5 percent of refugees seeking asylum in Nigeria live in four settlements built by the UNHCR, while the rest live in about 87 host communities across Akwa Ibom, Benue, Cross River and Taraba.

Many Cameroonians who live in host communities have limited access to education, healthcare, relief items and livelihoods.

In Cross River state, which hosts 69.5 percent of Cameroonian refugees in Nigeria, there are three settlements for refugees in the town of Ogoja.

Most of the people here used to receive cash-based interventions (CBI) of 7,200 naira ($20) per month from the UNHCR to cover food and basic needs. But refugees who spoke to Al Jazeera said there have been occasional delays in receiving the payments, which have also been reduced to 4,600 naira ($12) since January.

“Before the CBI comes, I have already borrowed money to feed and take care of my baby,” said 18-year-old Glory Tiku, adding that her monthly payment is not enough to feed her and her four-month-old baby.

“We usually start paying debts with some of the money whenever it comes.”

Some refugees living in host communities in Cross River told Al Jazeera they are unable to receive their CBIs because they cannot afford to spend up to 3,000 naira ($8) to travel to Ogoja where the money is disbursed.

The UNHCR says it will invest more funds into livelihood interventions to help refugees become self-reliant.

The agency is hoping to raise an additional $27.3m for refugees in Nigeria, but funding for this supplementary appeal stood at 56 percent in early December.

At Adagom-3, a new settlement for more than 500 refugees created late last year in Ogoja, asylum-seekers said they did not receive essential items such as mosquito nets, mats, mattresses and cooking utensils when moving into their new houses.

“They think refugees are inferior beings, [but] one day we will rise and protest,” a refugee in his 50s said.

To survive, refugees in the settlements work as farm labourers in exchange for 500 naira ($1.4) or a tuber of yam or cassava after a day’s work.

Meanwhile, the UNHCR has teamed up with its partners to provide agricultural supplies to some refugees to help them operate micro-gardens to feed their families.

But some refugees felt the initiatives did not go far enough.

“You can’t call these projects empowerment because nothing has changed, really,” a refugee in Ajassor said.

“The wheelbarrows given to people here started having bad tyres and other issues, and there is barely water to even bathe – much less to water the garden.” 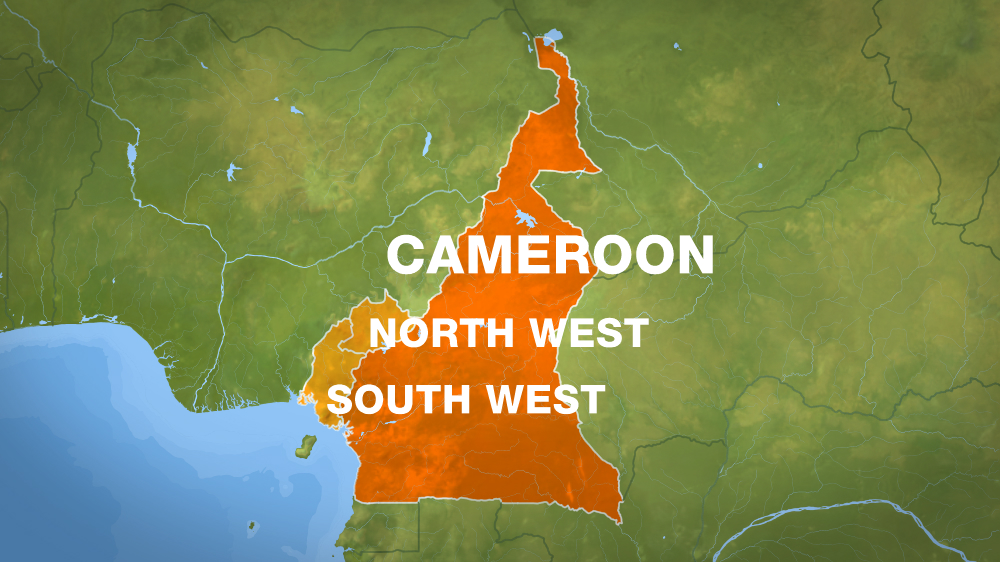 Back in Cameroon, the simmering conflict continues to deteriorate, with human rights groups accusing both sides of committing human rights abuses.

In December, Parliament passed a law giving the two English-speaking regions “special status” in the wake of a national dialogue where participants made several recommendations, including electing local governors and integrating ex-fighters into society.

“The National Dialogue did not prevent the worsening of the crisis in the English-speaking regions and the escalation of violence. The separatists, most of whose leaders are based outside Cameroon or are in prison in Cameroon, did not take part in the dialogue,” Allegrozzi said.

On February 14, at least 21 people, including 14 children, were killed by armed men in Ngarbuh village in the Northwest region.

“The killings in Ngarbuh village were deliberate and carried out by government forces with armed ethnic Fulani,” Allegrozzi said.

“The government denies that its troops have committed these crimes, but denying only adds another layer of trauma and suffering to survivors and will only encourage new abuses.”

Allegrozzi said finding a long-lasting solution to the crisis would be challenging.

“We continue to believe that the crisis cannot be resolved unless fundamental questions related to justice and accountability for the human rights violations committed by both sides – government forces and armed separatists – are addressed,” she explained.

“Only a strong commitment to justice and fight against impunity can help to address the crisis.”

For now, Nga Anna has no plans of returning home.

As the sun blazes over the corrugated roofing of her single room, she shuffles to the veranda to chat with her children who have just returned from school.

“I want to become a lawyer so that I can judge cases when the crisis stops,” 15-year-old Kelia Akah, one of her daughters, announced.

Her mother chuckled, patting her on the shoulder.

“I am not moving back until the country becomes fine,” Nga said, her voice imbued with a hint of finality.