Suva, Fiji – The uproar over the recent fisticuffs between Chinese and Taiwanese diplomats in Fiji may have subsided, with the Fijian police declaring the case closed, but the incident has left analysts in the Pacific concerned about what they called Beijing’s increasingly hostile tactics in the region.

The altercation took place on October 8 when Chinese diplomats tried to gatecrash an event marking Taiwan’s national day. Violence ensued and a Taiwanese diplomat was hospitalised with a head injury.

Analysts say it was just one outcome of the intensifying geostrategic competition in the Pacific pitting China against the United States and its allies.

“With the increased United States presence in the region, China is concerned about losing any hard-gained ground, especially over Taiwan,” said Shailendra Singh, the head of the University of the South Pacific’s (USP) journalism programme.

“When the ‘prize’ is Taiwan, the stakes are very high and China will fight very hard,” Singh said.

Ties between the US and China are at their lowest in decades over disputes ranging from trade, the coronavirus pandemic and Beijing’s actions in Hong Kong, Xinjiang and the South China Sea. Amid the plummeting relations, Washington has stepped up its support for Taiwan, a self-ruled island that Beijing considers a renegade province, recently approving the potential sale of more than $3bn worth of arms to the territory.

The US-China rivalry in the Pacific – a region that is home to four of the 15 countries that maintain diplomatic relations with Taiwan – is also drawing in other Washington allies, including Australia, New Zealand and the United Kingdom, according to Singh.

The US and its allies are increasing development aid to the island nations of the Pacific to counter China’s growing economic clout in the region, while a newly formed bipartisan caucus in the US Congress has introduced a draft law seeking to boost Washington’s presence in the region. If passed, the Blue Pacific Act will allocate $1bn in funding for each of the next five years with the aims of increasing maritime security cooperation as well as supporting regional economic and social development.

China, meanwhile, is the third-largest donor to the region, behind Australia and New Zealand, and has used economic incentives such as grants and concessional loans to woo Pacific countries, including lobbying them to cut off relations with Taiwan.

For many analysts, the Taiwan-China kerfuffle in Fiji evoked memories of China’s brazenness at the 2018 Asia-Pacific Economic Cooperation (APEC) summit in Port Moresby, Papua New Guinea (PNG). That summit ended without a communique, a first in the forum’s 30-year history, amid growing tensions between China and the US. 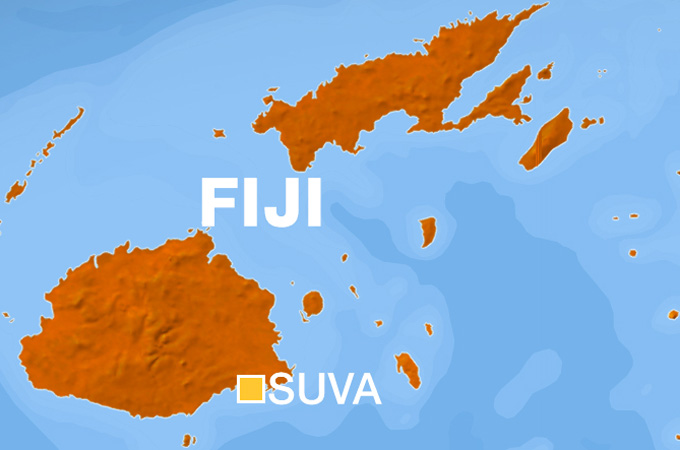 Throughout the meeting, the Chinese delegation was accused of trying to pressure the hosts and the others into acceding to their demands, with sections of the media describing Beijing’s tactics as “tantrum diplomacy”.

This included unprecedented scenes with police called in following an attempt by the Chinese delegates to storm the PNG foreign minister’s office, reportedly as part of a bid to influence the draft of the summit communique.

PNG played down the 2018 incident, just as Fiji did this year, failing to rebuke or reprimand China’s diplomats and the Fiji police closing the case by merely stating that two parties had resolved the matter “amicably”.

This has left China-watchers in the region worried that Beijing’s increasingly “aggressive” tactics to pursue its interests in the Pacific, including isolating Taiwan, may actually be working in its favour.

Vijay Naidu, a senior Fiji academic and sociology professor, said China was able to get away over the clash with Taiwanese diplomats because of their “dominant relationship” with Suva.

Fiji recognises the “One China” policy and does not have formal relations with Taiwan.

“The assertive behaviour of the People’s Republic of China is not new with regards to Taiwan,” Naidu said. “Beijing sees Taiwan as a subordinate part of China, and in time, as is happening in Hong Kong, attempts will be made to make this a reality.”

Naidu said Pacific countries were mindful of not offending China given Beijing’s significant economic clout. China’s concessional loans and grants in the Pacific amounted to $1.5bn between 2006 and 2017, compared with Taiwan’s $271m, according to figures from the Sydney-based Lowy Institute.

That was why “a tiff between diplomats of China and Taiwan is no big deal” for the Pacific islands, said Naidu.

According to Sandra Tarte, head of school and director of politics and international affairs at The University of the South Pacific (USP), Taiwan has been a casualty of the strengthening relations between China and Fiji, particularly when Fiji was isolated following a coup in 2006 led by Frank Bainimarama, who was elected as prime minister in 2014 and again in 2018.

“You could say it has been a kind of quid pro quo,” said Tarte. “In exchange for China’s political and economic support, Fiji downgraded its ties with Taiwan, including closing its trade mission in Taipei and forcing the name change of the Taiwan trade office in Fiji.”

China’s ongoing determination to further isolate Taiwan was evident last year when it tried to court Tuvalu, which turned down a $400m offer from various Chinese companies to build artificial islands against rising sea levels.

Instead, Tuvalu signed a historic investment agreement with the US in October, giving it access to debt and equity financing for infrastructure projects, seen as a reward for sticking with Taiwan.

“For Taiwan’s other allies in the Pacific, who knows what will happen? But you can expect that the US – for one – will seek to ensure they remain tied to Taiwan and not be tempted to switch like Kiribati and Solomons recently did,” Tarte said. 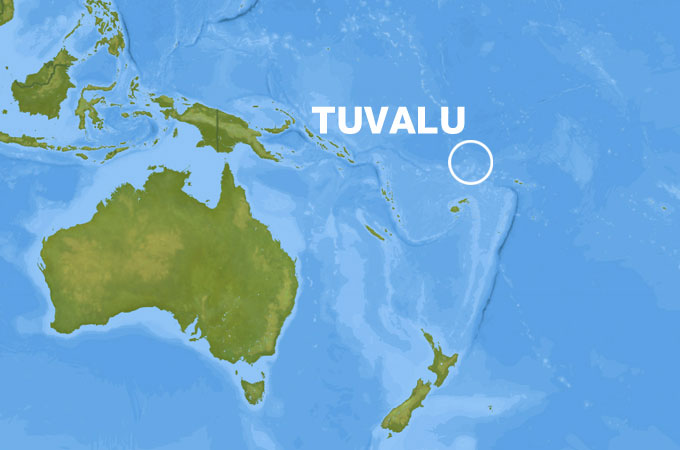 In addition to Tuvalu, the Marshall Islands, Nauru and Palau maintain diplomatic ties with Taiwan.

Experts say that there is also the potential for foreign policy matters to affect local politics and cause instability, as seen in the Solomon Islands after it switched ties from Taiwan to China in December 2019.

The country’s largest province, Malaita, which remains loyal to Taiwan, has refused to recognise the switch and pledged to hold an independence vote, a move that the central government has rejected.

China will also be a factor in the upcoming renegotiation of The Compacts of Free Association between the US and the Marshall Islands, Palau and Federated States of Micronesia. The Compacts have existed since the 1980s, giving the US military unfettered access to the region’s waters, land and airspace in exchange for development assistance.

Gordon Nanau, a senior lecturer at USP’s School of Government, Development & International Affairs, said China’s presence meant the three Micronesian states have some leverage to extract more concessions from the US.

“In the recent past, USA indicated its interest to move into a trust fund kind of arrangement with its Micronesian friends, a move not really favoured by the Compact states,” Nanau said.

“With the increasing Chinese influence, I am sure the Compact states will have more space to negotiate a better arrangement or to continue with the current Compact arrangement with US.”

He added that the “important thing for all Pacific island states would be to properly understand and be able to manage each of these diplomatic relationships the best they could”.

These developments and ever-changing scenarios bring challenges and opportunities for Pacific Island countries, which have demonstrated a desire to ensure their unique development challenges are taken into account at the global level.

They increasingly want to have a say in the programmes that are implemented in their names, supposedly for their benefit.

“Given the geopolitical interests of various powers in the region, we must not fall into the anti-Asian, anti-China, and anti-Taiwan prejudices and racism,” said Naidu.

“It is critical that [Pacific island countries] see what is in their best interest, meaning the interest of their citizens and not a few elements of the elite.”