Istanbul, Turkey – NATO, the United States, Russia, and Iran have repeatedly called for an halt to the intense fighting that broke out between Azerbaijan and Armenia over the disputed region of Nagorno-Karabakh in late September.

Turkey has also called for a truce, but it has struck a different tone.

In early October, Turkish President Recep Tayyip Erdogan praised Azerbaijan’s “great operation both to defend its own territories and to liberate the occupied Karabakh”.

Turkey stands with and will continue to stand with “friendly and brotherly Azerbaijan with all our means and all our heart”, Erdogan said.

Nagorno-Karabakh is internationally recognised as Azerbaijani territory, including by Armenia, but is dominated by ethnic Armenians who broke away from Baku in a war in the 1990s.

It has been the subject of several UN resolutions calling for an end to the occupation of Azeri lands.

Turkey and Azerbaijan have strong economic, military, cultural and linguistic ties. Erdogan has invoked the saying that the countries are “one nation, two states”.

Meanwhile, Turkey and Armenia have a fraught history. Armenia calls the killing of up to 1.5 million Armenians in the late Ottoman period a “genocide”, which Turkey refutes.

Ankara’s vocal and fervent support for Baku has angered Western nations, who have accused it of adding fuel to a dangerous conflict.

To date, more than 1,000 people have been killed, including dozens of citizens on both sides.

Analysts say Turkey’s staunch backing of Azerbaijan in this round of fighting has played a significant role in what is the most serious flare-up in the region since the 1990s and reveals insights into Ankara’s wider ambitions in the region.

While Turkey has always supported Azerbaijan’s claims over disputed territory in the region, it did not play a significant rhetorical or military role in support of Baku in its previous conflicts with Armenia.

Turkey and Azerbaijan’s relationship even took a huge hit in 2008 as Turkey pursued a policy of rapprochement with Armenia.

“The failure of those diplomatic efforts between Turkey and Armenia was a watershed for Turkey-Azerbaijan relations,” Sinan Ulgen, a former Turkish diplomat who now chairs the Istanbul-based think-tank Center for Economics and Foreign Policy Studies (Edam), told Al Jazeera.

“It’s after that that the relationship recovered and deepened.”

Military ties have deepened significantly between Turkey and Azerbaijan over the past 10 years as the oil-and gas-rich state spent heavily to gain military superiority over its much poorer neighbour Armenia.

Turkey trains officers in the Azeri armed forces and it has become Azerbaijan’s third-largest supplier of weapons after Israel and Russia – Moscow arms both Armenia and Azerbaijan, despite having a defence pact with Yerevan.

Since 2015, nationalist figures have risen to prominence in the Turkish state and Erdogan’s ruling Justice and Development Party (AKP) depends on its ally the National Movement Party (MHP) for its parliamentary majority.

Many within the party support Azerbaijan and consider the geopolitics of the Caucuses and the Black Sea as high priorities.

Meanwhile, the AKP’s current foreign policy has shifted from the “no problems with neighbours” soft power approach it pursued in the early to mid-years of its rule.

In recent years, Turkey has intervened militarily in Syria, Libya, and northern Iraq, and has pursued a more assertive approach in a dispute with Greece and Cyprus over energy rights and maritime borders in the eastern Mediterranean.

Turkey has become bolder in its support for Azerbaijan – particularly over the past year.

“The most significant support Turkey is extending is in terms of rhetoric and moral support,” Ozgur Unluhisarcikli, director of the German Marshall Fund of the United States’ office in Ankara, told Al Jazeera.

“Turkey is encouraging Azerbaijan to be more assertive.”

In July, after fighting broke out between Azeri and Armenian forces north of Nagorno-Karabakh close to gas pipelines, Turkey pledged “unconditional” backing to Azerbaijan.

Azerbaijan and Turkey held joint military exercises in July and August, and Turkey left two of its F-16 fighter jets in the Azeri city of Ganja. Meanwhile, Turkey’s arms sales to Azerbaijan have increased sixfold this year. The sales include sophisticated Turkish-made Bayraktar TB2 armed drones.

Svante E Cornell, director of the American Foreign Policy Council’s Central Asia-Caucasus Institute, told Al Jazeera that Azerbaijan and Turkey regard Armenia’s nationalistic and more pro-western Prime Minister Nikol Pashinyan to be more of a threat than his predecessors.

But Pashinyan is not popular in Moscow – and Baku likely thought that Russia, which has deep ties to Azerbaijan as well as Armenia, would not stand in the way of an Azeri offensive on Nagorno-Karabakh at this time.

Meanwhile, Armenia held a conference in August to mark the 100th anniversary of the Treaty of Sevres – an enduring source of anger in Turkey – which had aimed to partition the Ottoman Empire and allow for a larger Armenia, but was superseded by the Lausanne Treaty that established the borders of the modern Turkish Republic.

“This exacerbated the sense that the Armenians were declaring diplomatic war on Turkey,” Cornell said.

Azerbaijan may have decided that – with full Turkish backing and Russia unlikely to stand in its way – it was the right time to press its military superiority, according to Cornell.

Baku says it has made significant gains in Armenian-occupied territory over the past month. On October 22, Azerbaijan said it had driven out Armenian forces to take full control of its border with Iran.

“In this stage of the fighting, Turkish drones have been a game-changer,” Unluhisarcikli said.

Unlike Azerbaijan’s Israeli-made “kamikaze” drones, Turkey’s drones are multiple-use. They also appear to be technologically superior to some of Armenia’s ageing Russian military hardware and present a serious threat to Armenia’s reliance on trenches and conventional means of defence.

Armenia has also accused Turkey of sending its own military personnel as well as Syrian mercenaries to Azerbaijan – which Ankara and Baku both deny.

Ulgen said that the transfer of Turkish military expertise in recent years has been a major factor in Azerbaijan’s apparent battlefield gains.

“Ultimately this has made a difference, given that this time around clearly Azerbaijan’s military units have performed vastly better than on past occasions.”

What are Turkey’s aims?

Turkey’s support of Azerbaijan goes beyond brotherly love. Azerbaijan is crucial for Turkey’s energy security and is a major investor in the ailing Turkish economy.

Ankara’s gas imports from Azerbaijan rose by 23 percent in the first half of 2020. SOCAR, Azerbaijan’s state oil company, has become the biggest foreign investor in Turkey.

Ulgen said Turkey also aims to become an influential regional power and wants more of a stake in a future political settlement of the Nagorno-Karabakh issue. Ankara sees the OSCE Minsk mediation group as being co-chaired ineffectively by Russia, France, and the United States.

“Turkey is realistic in the sense that, in Karabakh, the aim is not to eliminate Russian influence,” Ulgen said. “It’s to gain influence, so that Turkey acquires leverage over Russia that it could potentially use in Syria or in Libya.”

Cornell said Russia is wary of losing influence in Azerbaijan now that it has such staunch Turkish backing.

“I do think [growing Turkish influence in Azerbaijan] really does shift the geopolitics and it does undermine Russia’s long-term dominance in the region,” he said.

Ulgen says support for Azerbaijan currently enjoys wide public support within Turkey, including from the main opposition, especially as Turkey does not seem to be directly involved in the fighting.

“So in that sense, Turkey’s exposure to the conflict is very limited as things stand.”

But the conflict also comes with risks for Azerbaijan and Turkey.

Turkey could further damage its international standing and weaken its hand in any negotiations if the fighting drags on and if Ankara is seen to be fanning the flames of a conflict in which growing numbers of civilians and young conscripts on both sides are being maimed and killed.

But analysts agree that the main risk for Turkey is if Azerbaijan crosses one of Russia’s red lines, which some speculate could entail Azeri forces taking over Nagorno-Karabakh’s biggest city Stepanakert or severing the enclave from its Armenian supply lines.

If Moscow activates its defence pact with Armenia and intervenes militarily on its behalf it would raise the prospect of a direct Turkish intervention and a confrontation between Turkey and Russia that neither country wants.

“He is definitely a much more cautious person than the Turkish leadership, which makes me think that he is going to stop before the Turks think he should stop,” Cornell said.

Yet wars are always loaded with the risk of unintended consequences and miscalculations.

Cavid Aga, an Azeri analyst and writer based in Ankara, said Azerbaijan’s gains on the battlefield have generated a sense of momentum and heightened expectations among the Azeri public that will be hard to ignore.

“Even if they wanted to stop now, [the Azeri public] would be strongly against it – people would demand to continue the war to the end,” he told Al Jazeera. “Right now they are very focused on victory – not peace, or any sort of negotiation.”

Even if it wanted to at some point, Turkey may not have enough sway over Azerbaijan to halt its military offensive.

“Azerbaijan is very independent,” Cornell said. “They have been willing to challenge everybody when it’s in their crucial national interest.”

Meanwhile, Russia has so far excluded Turkey from the truce negotiations.

“At the end of this, Russia will broker and dictate the peace terms. And I guess Turkey is aware of that.” 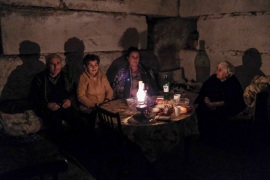 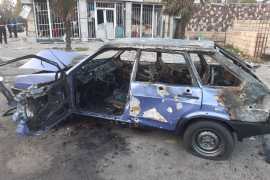 At least 25 people killed and dozens wounded in attack on eastern Azerbaijan, as clash over Nagorno-Karabakh intensifies