“All you hear is keys, and doors opening, doors shutting. It’s all you can basically hear at night and through the day. Just hear keys, keys and keys, just shaking and shaking,” says a 13-year-old Australian boy.

The boy, who we will call Adam, has been imprisoned in Western Australia’s only youth detention centre, Banksia Hill, a dozen times.

Adam’s parents were heavy drug users who had both taken their own lives by the time he was 10.

He soon wound up on the streets of the state capital, Perth, stealing to survive.

“I was just doing what my mates were doing to get a feed. Yeah, started stealing.”

In this special investigation, 101 East meets children caught in a cycle of incarceration in Western Australia – the state with the country’s highest rate of Indigenous imprisonment.

Aboriginal children in the state are almost 50 times more likely to be in youth detention than non-Indigenous children. In Australia, children can be incarcerated from the age of 10.

“Psychologically, the development of the human brain at such a young age has not occurred,” says Megan Krakouer, a lawyer and outreach worker at the National Suicide Prevention and Trauma Recovery Project.

“So we have young children as young as 10 years old that have been charged and placed in prisons. That is not a good thing. That is a terrible thing. There has to be different ways of doing it.”

‘When does the cycle stop?’

As the Black Lives Matter protests erupted in the US earlier this year, Indigenous leaders in Australia seized the moment to demand the government raise the age of criminal responsibility from 10 to 14.

The United Nations has also called on the Australian government to take action.

But authorities have resisted, with federal and state governments voting to delay any decision to amend the laws until 2021.

Krakouer, who helps youth like Adam rebuild their lives, says imprisoning children from such a young age sets them on a spiralling path of criminality.

At Banksia Hill Detention Centre, 65 percent of youth inmates are Indigenous and about half of them re-offend.

Krakouer, who works with children while they are in prison and after they are released, says most come from broken homes racked by intergenerational trauma and need loving support to heal, not time behind bars.

She says she has helped hundreds of former youth prisoners turn their lives around by providing intense psychosocial support, housing, training, jobs and help with basic life skills.

“It is not rocket science. People need people. We didn’t do anything special. All we did with the young people in prison is treat them like they’re our own,” she says.

As he takes Al Jazeera on a tour of Banksia Hill, Western Australia’s Corrective Services Commissioner Tony Hassall says incarcerating children as young as 10 is not an ideal solution.

“I think it’s the last resort. People that are here, the young people, and they are young people but are here primarily for quite dangerous offences and the government has to protect its citizens,” he says.

Hassall welcomes the debate on raising the age of criminal responsibility, but he rejects accusations the justice system is discriminatory.

“Is the system racist? I don’t think so. I think what we’re dealing with is, as I’ve said, a group of people emerging from colonisation, and we have to be honest about that and accept that,” he says.

“These issues go back a very, very long time and it will take a long time for us to fix the system. I think at the moment, there’s a big change going on and I think there’s a lot of positive things in the system.”

A new generation of Aboriginal police

Many of Banksia’s inmates come from Carrington’s community in the town of Fitzroy Crossing, where some children run into trouble with the police from a young age. Carrington says their childhoods are often marked by poverty, intergenerational trauma and substance abuse.

“Little kids, now, they’re all growing up, they’re thinking that’s normal stuff. ‘That’s what we’re gonna do when we grow up’.”

Carrington wants to broaden the horizons of young people here and was inspired to join the force after meeting Aboriginal police officers running a sports clinic.

“I didn’t know there were Aboriginal cops, so it was sort of a wake-up moment… I was a bit terrified of the police when I was a kid,” he says.

The battle to win community trust is not an easy one, but Carrington is confident a new generation of Aboriginal police can reduce youth incarceration by convincing the community their goal is to protect, not punish.

“It was a bit hard at first. People didn’t trust me as much, all my friends, my family, close relatives,” he says.

“It took them probably about two, three months until they warmed up to me. Until they realised, I’m still the same person, just in a blue uniform.” 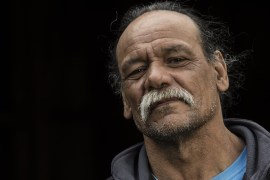 Indigenous peoples have had their children taken away by the state for generations. What has been the legacy of this? 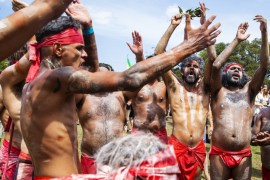 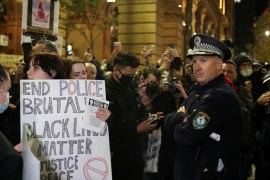 Australian police under probe over arrest of Aboriginal teenager

Arrest of a 17-year-old of Aboriginal descent who was kicked to ground by police officer, has sparked an investigation. 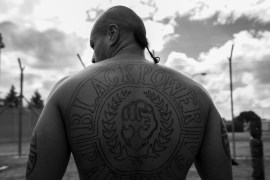 Why are there so many Maori in New Zealand’s prisons?

We go inside a prison to tell the stories of the Maori men living their lives “behind the wire”.