Armenia has a complicated history with women’s rights. The country boasts one of the first female diplomats in the modern world, dating back to 1918, and was one of the first states globally to give women the right to vote.

However, since then, domestic violence, gender-selective abortion rights and a distinct lack of women in Nikol Pashinyan’s government have seemingly set Armenian women back several decades – in spite of their highly visible role in the protests that unseated Serzh Sargsyan in 2018.

Al Jazeera spoke to three Armenian artists using social media – Instagram in this instance – and digital art to bring attention to a movement of women and youth looking to move forward as part of the political process, with input into the cultural and, inherently, social development of the country.

Al Jazeera: Women in Armenia were given voting rights before many other countries in the region. However, in spite of their important role in local politics, there seems to be a distinct lack of women representing their peers in the Pashinyan government. How do you assess the role of women in Armenia?

Karine Eurdekian: Pashinyan’s promise to deliver more women in government resulted in two female ministers to his 17-member cabinet. Though women are being recognised to an extent, the impact of their voices is still to be determined as they proceed to work in an environment that fosters male ideologies.

The unimpactful history of gender quotas in the region is perpetuated by cultural barriers that prevent women from being taken seriously in Armenia’s governmental “boys club”. Cultural grooming, deliberate or not, engrains gender stereotypes within Armenian society. There needs to be an active effort made against such ideologies in order to educate the youth in progressing towards a gender-equal future.

Cassandra Tavukciyan: From humanitarian relief efforts during and after the Armenian genocide to serving as ambassadors to foreign countries, there are endless examples in Armenian history that demonstrate women’s contributions to national progress as full-fledged members of society.

Al Jazeera: Do you think that Anna Hakobyan’s Women for Peace initiative can activate women’s participation in Armenian politics? How do you feel about the current lack of representation in the government?

Tavukciyan: Just because women are underrepresented at the state level does not mean that women are not participating at the local level. Indeed, Armenian women were the driving force behind the recent Velvet Revolutions protests and their active engagement in the process played a critical role. Anna Hakobyan’s Women for Peace initiative, rooted in promoting and establishing the peaceful settlement of the Nagorno-Karabakh conflict, is a further example of this kind of participation. While much is still needed to be done, Hakobyan’s initiative is a positive step in the right direction.

Chagankerian: Anna Hakobyan is definitely already taking a much more active role in politics than the preceding first ladies and, with her Women for Peace initiative, she is shifting the narrative around women’s participation in peace and conflict from birthing and raising soldiers to actually playing an active role in conflict resolution.

Prior to the revolution, women politicians would often play a “decorative” role and highlight their conservatism, attachment to traditions and their roles as wives and mothers to be accepted as politicians, and gain the population’s trust. And even though today the lack of representation of women in government is disappointing, the women who are actually part of it seem less afraid to promote change, to be openly feminists and, to a certain extent, I believe this is a great beginning for a change of era for women in the country.

Al Jazeera: International Women’s Day is a national holiday in Armenia. Do you think this symbolism is reflected in everyday life for women in Armenia? What does feminism mean to you as an Armenian woman?

Chagankerian: The day to a certain extent has been stripped of its political nature to become a day where we celebrate the existence and beauty of women, without challenging prejudices and their traditionally assigned role.

Eurdekian: Receiving flowers and chocolate one day of the year does not excuse the gender-based violence many Armenian women face on a daily basis. Understandably, statistics on death caused by domestic abuse in Armenia do not make for lovely quotes on cards. However, while novelty is pleasant, the nature of this national holiday tends to omit the blatant and gruesome presence of crime that is aimed at the very women the champagne is being poured for on March 8. Recently, many prominent Armenian women have decided to change this narrative and are using this day to bring attention to critical issues impacting the women of Armenia.

As an Armenian woman, feminism means working towards guaranteeing that my sisters are provided with equal opportunity to their male peers. Feminism means spreading education and repairing a broken criminal justice system that favours a “manly” voice. Feminism means eliminating the male gaze and not being catcalled in the streets. It means that Armenian men lacking a unibrow and chest hair are no longer automatically considered “gay” for grooming themselves. Feminism also means that gay is ok, and works to guarantee that LGBTQ individuals will not be beaten in the streets because of who they love. We are a movement that prioritises respect, and our aim is to share this sense of respect through sparking conversation and tackling controversial topics without excluding the critical aspects of unconditional love and acceptance.

Al Jazeera: Why have you chosen this particular medium to express your views? What is some of the feedback you’ve received about the content you choose to create?

Chagankerian: Social media has great potential for social change. It enables like-minded people to share their views and connect to one another, and consequently, it enables them to strengthen their network, knowledge and visibility in their societies. This contributes to challenging our perceptions regarding the real distribution of opinions in our communities because if we only rely on traditional means of communication, we would mostly only have access to more conservative views and wrongly assume that the whole of society just agrees with them.

Tavukciyan: Because Armenian Women Artists (AWA) focuses primarily on artists and artworks, Instagram is an obvious and practical platform for sharing such visual material. So far, I’ve received positive feedback regarding the works and lives of Armenian women artists that AWA chooses to research and promote and most people are pleasantly surprised by just how many artists were present, especially during the Soviet era. Armenian culture is rich and expressive, and AWA tries to bring awareness to the contributions made by Armenian women, which are still relatively unrecognised in the field of Armenian art history.

Eurdekian: Our digital medium is extremely productive because it allows us to share education in a simplified and extremely accessible manner. Access to technology is crucial to our movement, and Armenians are generally active on a variety of social media platforms. Even those living in the most remote villages can connect to resources and build friendships with others going through the very same tribulations. This sense of community builds trust, solidarity, and increases awareness through a single click of the “follow” button.

Members of the Kooyrigs family are extremely passionate about spreading education and expanding our network. Their avid participation has allowed us to further our mission while also building a sense of community that is accessible at all hours of the day, every day of the week. The feedback we receive includes heartfelt messages of gratitude and acceptance. It is truly moving as supporting our community is the primary source of motivation behind the movement. 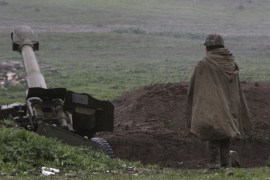