Sirsa, India – On August 25, 2017, Gurmeet Ram Rahim Singh was convicted of sexually assaulting two women. Across India, such crimes occur with horrifying frequency, but Ram Rahim isn’t just another sexual predator. He is a self-styled saint who heads one of the largest spiritual organisations in the country.

Through his ashram, the Dera Sacha Sauda, he has amassed an estimated net worth of almost $36m, and claims to have 60 million followers worldwide. His sprawling headquarters in the north Indian city of Sirsa boasts a state-of-the-art hospital, schools, luxury hotels and a sport stadium.

To his devotees, he is the messenger of God, but many say beneath his saintly persona lies a cruel and conniving criminal. Former followers are now coming forward to expose a network of disciples who supplied Ram Rahim with women he could sexually assault, confidantes who allegedly plotted with him to assassinate critics, and doctors who are accused of castrating hundreds of men on Ram Rahim’s orders. Allegations the guru denies.

Why did his devotees conspire with, and cover up for the guru for almost 20 years? And why, even after his criminal convictions, do hundreds of thousands of people continue to worship him?

“I believed that he was God,” says Khatta Singh, who was once a fervent follower of Ram Rahim. “We would take his name morning and night, even before sleeping,”

For 10 years, Singh lived in the Dera Sacha Sauda ashram, working his way into Ram Rahim’s inner circle. Like many cult leaders, the guru obsessively controlled his devotees, Singh says.

“He installed cameras around the Dera, and also microphones. When guards would be standing around at night talking, he would record all of it,” he recalls.

“In the morning, he would summon them and ask, ‘At this time were you talking about this?’ They would say, ‘Yes, sir’. So, people started thinking that he knows everything.”

Hans Raj Chauhan is another former follower who lived under the guru’s iron fist. He was just a teenager when his devout parents sent him to live and work in Ram Rahim’s ashram. He says his indoctrination began immediately.

“We could only read literature that our guru had given us,” he tells Al Jazeera.

“You’re not allowed to listen to the radio or watch TV. You have to eat and drink whatever the guru had decided.”

“You have to do everything inside the Dera … We couldn’t go to the market. If we had to buy some clothes or shoes, we’d have to come back very quickly. They would log our movements.”

Chauhan says, like all the disciples living in the ashram, he was brainwashed and cut off from the outside world, including from his family.

“My parents would visit every two or three months, but there was a limit on how long we could meet for. And we would always have one of the guru’s spies standing in the corner. Whatever you said would get back to him.”

has actually done. I’ve seen the girls going in and out of his room myself, because I was standing right there.”]

Both Singh and Chauhan admit that they knew Ram Rahim was committing heinous crimes, including rape.

“What is being reported in the media is only five percent of what he has actually done,” says Singh. “I’ve seen the girls going in and out of his room myself, because I was standing right there.”

Singh says he even witnessed his guru order other disciples to murder a journalist. He believes he was also involved in the assassination of a former devotee.

“He’s a very dangerous man. I’ve seen it up close. Ram Chander Chhatrapati, Ranjit Singh … He gave the order one day and the next they were killed.”

And then came the day that Chauhan says he, too, was targeted. He says Ram Rahim ordered doctors in the ashram to castrate him, and hundreds of other followers, without their consent.

But Chauhan says even that didn’t destroy his faith in Ram Rahim. Like Khatta Singh, he remained loyal to the guru for years. This blind faith does not surprise author, Bhavdeep Kang.

“Surrender is a very important aspect of the guru-devotee relationship,” says Kang, who has written about India’s best-known gurus. “You have to completely surrender yourself to the God-man, which means even when he’s wrong, he’s right.”

Kang says it can take years for devout followers to extricate themselves from the control of their gurus, because they believe they have too much to lose.

“What the God-man offers you is membership of a larger community. A sense of belonging. You become so invested in that that it becomes very hard to leave. It becomes so much a part of your existence, of who you are,” she says.

Surrender is a very important aspect of the guru-devotee relationship. You have to completely surrender yourself to the God-man, which means even when he's wrong, he's right.

“So, you build up an image of that person in your head, which is not necessarily based on reality.”

In Ram Rahim’s case, both Singh and Chauhan say fear also played a key role in keeping them loyal to their guru.

“There were a lot of reasons to be afraid,” says Chauhan. “I found out that a very good journalist, Ram Chander Chhatrapati was murdered. Ranjit (Singh) was murdered … So, I was terrified. And being from a poor family, I did not have the guts to speak out.”

Singh says this fear was justified.

“If I had spoken out, it was possible he’d have me and my entire family killed,” he says.

“When I stopped going to the Dera, they sent followers to my house. They’d spit on me. They said, ‘If you say anything, we’re ready for you’. There was so much pressure on me that I just couldn’t speak out.”

Singh and Chauhan are now helping the government prosecute their former guru for murder and castration. But even as Ram Rahim serves a 20-year prison sentence for the sexual assault of two female devotees, hundreds of thousands of disciples continue to flock to his ashram.

“He’s my guru. He’s the answer to all of my questions,” says Prakash Singh Salwara, a spokesman for Ram Rahim and his ashram. “He’s a mother, a father, a brother, a friend. He’s everything.”

Salwara, who has been a devotee for almost 30 years, does not believe any of the charges against Ram Rahim. Instead, he says, his guru is a victim of a conspiracy by journalists, politicians and federal investigators.

“From the beginning to the end, I have tried to understand and investigate these allegations. I never say anything that indicated that a crime has been committed,” he says. “People are saying that this is politically motivated. The truth hasn’t been completely buried. And I believe that someday, it will come out.” 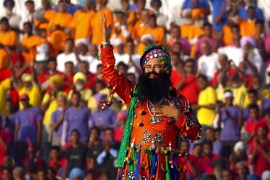 101 East investigates the rise and fall of India’s most powerful swamis. 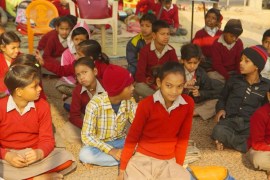 Five million children in India are believed to have genius-level IQs, but few are ever discovered.