As the first sub-Saharan country to gain independence, Ghana’s precedent in 1957 inspired other countries to seek liberation and 17 African countries gained independence in 1960.

Ghana’s recent history has been a mixed picture of progress and setbacks, marked by democratic stability, economic woes, corruption and pockets of progress amid development, education and health challenges.

Here we highlight Al Jazeera best stories from Ghana, reporting on the state of democracy in Ghana, natural resources and education.

WATCH: The Scramble for Africa – A History of Independence (44:54)

Since their independence, many African countries escaped colonial domination only to enter into a new covert era of resource exploitation.

Ghana witnessed a peaceful transfer of power in its recent elections, in which Nanu Akufo-Addo defeated the incumbent John Mahama in a tight presidential race in December 2016.

Mahama had faced criticism from the opposition of financial mismanagement .

In November 2015, Ghana underwent a crisis of confidence in the nation’s judiciary following a corruption scandal.

An exclusive Al Jazeera investigation exposed widespread corruption and bribe-taking among several high court judges and many of other court officials.

Ghana was one of Africa’s most dynamic economies for many years, but it slumped in 2014 as commodity prices fell and a fiscal crisis led to a widening budget deficit and rising inflation.

The country was forced to turn to the International Monetary Fund for a bailout in 2015.

However, as a gold rush has drawn thousands of Chinese miners over the past decade, some have questioned the extent to which the nation’s resources are truly benefiting ordinary Ghanaians.

Huge hydroelectric projects initiated in the 1960s aimed to provide Ghana with an abundant supply of power. Ghana has one of the highest rates of electricity in Africa.

However, soaring demand and a recent  drought  – likely attributable to climate change – have hampered the ability of Ghana’s dams to produce enough power and  blackouts persist .

The United Nations Girls’ Education Initiative reports that Ghana has made “good progress” in narrowing gender gaps and improving access to education for girls.

While girls are roughly equal with boys in terms of primary school enrolment in Ghana, enrolment in secondary education is lower for girls [ UNICEF ].

In some areas, girls face negative cultural attitudes towards female education as well as economic pressures that discourage parents from keeping their daughters in school.

Scholarships in impoverished areas of Ghana have helped girls to stay in school and develop entrepreneurial skills.

Al Jazeera met girls struggling to gain an education and discovered a project run by Ayisha Fuseini, who employs women from her local village in a shea butter project that now supplies a range of outlets, including The Body Shop. 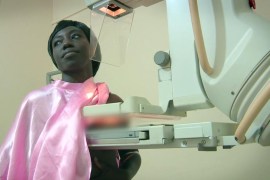 We investigate why breast cancer is such a deadly disease for women in West Africa. 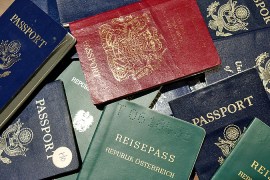 Fake US embassy in Accra shut down

The fake embassy operated illegally for a decade issuing visas at a cost of $6,000 each, according to State Department. 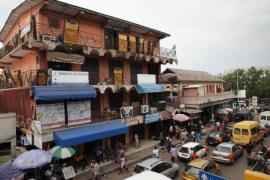 Africa’s democracies are at risk if economic concerns are not addressed.