Kalwinder Singh Dhindsa was a newly married and recently qualified teacher when he received the news that his father had taken his own life.

Mohinder Singh Dhindsa had struggled with mental illness for 13 years after being hospitalised following an attack by youths outside his home in the East Midlands town of Derby in 1993.

“Ever since then he had a negative outlook to life,” Dhindsa explains, adding that “the darkness had consumed” his father by the time of his death in 2006.

Dhindsa’s attempts to find some kind of closure in the years since has transformed him into an evangelist for mental health awareness within Britain’s large Asian minority, which makes up at least 5 percent of the population and hails from the Indian sub-continent.

“The culture of [Asian] people is as if having mental illness or knowing someone who does is a negative thing to be associated with,” he explains.

“If someone does suffer from mental illness it’s almost as if the people around them want to keep a lid on things and try their best to figure it out themselves.”

It is this culture of not talking about the issues that Dhindsa says leaves many Asians unable to find the best outlet for dealing with their mental health problems.

While there has been little academic study of the rate of mental health issues within Asian communities in the UK, mental health advocacy group Time to Change has published a report explaining some of the reasons why the topic carries such stigma.

Researchers cited a culture of “sharam” – meaning shame – surrounding mental illness, fear of losing reputational standing within a community, risk to marriage prospects, and the association of mental illness with “stupidity”.

For Dhindsa, a Sikh, an immediate area of address was the role religious leaders had to play in both raising awareness of mental health issues and creating platforms in which they could be treated.

“I think a lot of faith groups are very similar in the way they handle these things, whether it’s Islam, Hinduism, or Sikhism,” he says.

“In some cases they try to get people to turn to religion; there are your answers, that’s all you’ll ever need …. Go to your mosque, gurdwara, or mandir and you’ll be cured. It might work sometimes, but in most cases the most effective cure is medical treatment.”

The father of two concedes that there has been an increased interest in addressing the issue among religious leaders but says they are still failing to “pass on the message to the wider community”.

The role of religion

In the nearby city of Leicester, cognitive behaviour therapist Yusuf Mangera, a mental health worker with more than two decades of experience in the field, discusses the role of culture in obfuscating the treatment of mental health issues while also pointing out the systemic problems within the British health service that make treatment harder.

One issue Mangera brings up is the tendency among Asian communities to put blame for problems such as psychosis on supernatural causes such as possession by spirits known as “jinn”.

“I’ve worked on the wards, and a lot of the people I saw that were saying they were affected by jinn, could have easily been treated with medication,” he says, adding that religious leaders have played a big role in steering people away from such explanations.

“I speak to Islamic scholars and what they say is first go to the doctors, get medical treatment … by immediately saying it is jinn, you’re bypassing a lot of medical solutions.”

However, Mangera says that culture is not the sole source of difficulties when it comes to treating mental health issues among British Asians and that in the past many mental health professionals from outside the community have been ill prepared to deal with the sensitivities they encounter.

“If in 1995 someone said they were possessed by a jinn, then there would be no awareness [among mental health professionals] of what that meant,” he explains.

Mangera recalls an incident in the earlier part of his career in which a male nurse gave a female patient suffering from psychosis an intramuscular injection on her buttock despite her objections, leaving her traumatised.

“There was no concept about what effect that would have on a woman,” he says, adding “at that point I felt we need more Asians here, we need more Muslims.”

The need for more Asians and Muslims to get involved in treating mental illness is a call some in the community are answering.

Rehana Sidat, a life coach from Leicester, runs a support group called Jamila’s Legacy which meets once a month to discuss mental health issues in her community.

The meetings attract up to 25 people a session and are aimed at educating participants on what mental illnesses such as depression are, as well as allowing people to talk about their own problems.

She says the meet-ups have helped to address several of the most deeply rooted taboos in local Asian culture, particularly to do with the way men handle their emotions.

There are few safe outlets for men to get these thoughts out, so we see more risky behaviour among them, such as drug or alcohol dependency

“We talked about how it’s acceptable for men to get angry but it’s not acceptable for them to cry in our society. So when a man loses a loved one, he feels the same grief as a woman, but he’s not allowed to express it because of the expectation on what is acceptable by everyone else,” Sidat explains.

“There are few safe outlets for men to get these thoughts out, so we see more risky behaviour among them, such as drug or alcohol dependency.

“So when we just talk about these things, they begin to realise it is OK to feel stressful sometimes, it is normal to feel depressed or low and that can help to stop things spiralling out of control.”

The importance of creating and advertising platforms on which people can talk about their mental health issues was stressed by all of those Al Jazeera spoke to. However there was also a heavy emphasis on the communities dropping old ideas about what mental illness is and how it should be dealt with.

According to Sidat’s daughter, Shireen, a psychotherapist based in Leicester, that shift is happening.

“There is a change in attitudes among young people regarding mental health … schools, colleges and universities play a huge part in providing access to information and services and emotional support,” she says.

“This has helped to break some barriers and means more young people are speaking out, as well as challenging stereotypes and taboos.

“I’ve also seen similar changes among older generations who no longer want to remain silent or be complicit in the shame culture around mental health.”

For Dhindsa in Derby, closure after his father’s death came as a result of his decision to prioritise his personal happiness above any other ambition.

He was the driving force behind the town’s decision to construct a statue of Brian Clough and Peter Taylor, the duo that led the town’s football club, Derby County, to the English football league championship in 1972.

He has also written two books about his father and how he dealt with his suicide, which he hopes will help others who have found themselves in a similar position.

His message for the Asian community is – like the others who spoke to Al Jazeera – to allow people to talk about their problems without judgment.

“If my father had people out there who he could go to and talk with, then maybe this could have been avoided.” 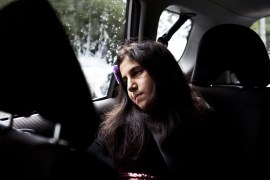 A group of women who came together to promote inclusivity in a town troubled by racism say they now face bigger hurdles. 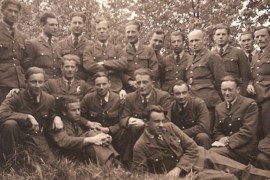 Millions of Poles, Muslims, Sikhs, Hindus, and others fought against fascism in British army uniforms.