Seoul, South Korea – While leaving a Seoul courtroom last Wednesday, Park Yu-ha was photographed doing something she had not done in a long time: smiling.

Park had just been acquitted of criminal defamation charges stemming from the contents of her 2013 book, Comfort Women of the Empire, a work of scholarly research into the so-called “comfort women” – women and girls from Korea, China, the Philippines and elsewhere who worked in brothels for the Japanese military during World War II.

Wednesday’s acquittal was the latest phase in a long legal struggle for Park, 60, a professor of Japanese literature at Sejong University in South Korea.

Last year, a civil court found Park guilty of defaming former comfort women with her writings and ordered her to pay the nine women who filed a lawsuit 10 million Korean won each, about $8,500.

Park’s disputing of the widely held narrative of victimisation was almost unheard of for a Korean academic, and made her a target of online vitriol and harassment, accused by internet users, domestic media and civic groups of being a pro-Japan traitor, and callously undermining the comfort women’s quest for justice.

In South Korea, the plight of the women, and the several dozen elderly survivors, are emotive symbols of Korea’s suffering during its time as a colony of Japan. Within South Korea, there is a strong consensus of victimhood and a narrative that thousands of women and girls were tricked or kidnapped by the Japanese military, then forced into what was effectively sexual slavery.

Park has maintained that she does not deny that many comfort women suffered, and that some were held against their will, but painted an unusually nuanced picture in her book.

After extensive research into historical documents and transcripts of former comfort women’s testimonies, Park said she found evidence that some women worked willingly with the Japanese, and that there were Korean collaborators who worked to recruit the women, which meant that not all of them were mobilised by the Japanese military.

In announcing the verdict, the court posited that Park’s freedom of expression must be legally protected, even if some of the claims contained in her book are questionable. The court also said it could not establish that Park’s intention was to defame the comfort women.

Park welcomed the ruling, but says she is not celebrating yet.

“I definitely feel better, more comfortable. I appreciate the court’s recognition, but I can’t be certain that this is over,” Park said in a phone interview; the plaintiffs in the case have not yet said whether they will appeal against the ruling.

A flashpoint for South Korean and Japanese relations

The ruling in Park’s favour comes at a time when the comfort women issue has again become a flashpoint in relations between South Korea and Japan.

Only a little more than a year ago, in December 2015, the two countries signed an agreement that they said amounted to a “final and irreversible” resolution to the comfort women issue. Under the terms of the agreement, Japanese Prime Minister Shinzo Abe issued an apology and the Japanese government agreed to donate 1bn yen ($8.8 million) to set up a fund to support former comfort women.

The agreement was quickly condemned by a small number of vocal comfort women and their advocates, who argued that they were not consulted on the terms of the agreement, and that Abe’s apology would not suffice since it was issued via his foreign minister.

Michael Breen, a Seoul-based historian and author of The New Koreans: The Story of a Nation, says the persistence of the dispute is evidence of the symbolic importance the comfort women issue has acquired in South Korea.

The issue “has come to represent all the unpleasantness of the Japanese occupation,” Breen said.

The agreement also mentioned that Japan was “concerned” over the statue of a comfort woman that sits on the pavement across from the Japanese embassy in Seoul.

The statue was installed by local artists in 2011 outside the embassy, where, since 1992, comfort women and their supporters have gathered every Wednesday for protests. The sculpture depicts a young woman clad in traditional Korean attire, seated in a chair, her gaze directly facing the embassy building.

Japanese officials have asked their counterparts in Seoul to have the figure removed, but the South Korean government has demurred, possibly concerned about a public backlash if the statue were cleared away.

With Seoul in the middle of winter, passersby have put a yellow ski hat on the statue and wrapped it in blankets and scarves. Drinks, snacks and bouquets of flowers lie at its feet.

On Friday afternoon, Lee Sung-cheol, 25, sat beside the statue, on an elevated platform beneath a plastic sheet with two companions. The three young men are part of a network of young people who watch over the statue 24 hours a day.

They say their objective is to prevent the statue from being removed, and to draw attention to the issue of comfort women.

“The comfort women suffered during war, and it is important to learn the lessons of history,” Lee said. “We hope that in future generations the mistakes of war won’t be repeated.”

In late December, a comfort woman statue was installed outside the Japanese consulate in Busan, South Korea’s second-largest city.

There are similar statues in parks and other public places around the country, but this was the second put up near a Japanese diplomatic building.

Police quickly removed the statue on the grounds that the private group that carried out the installation did not have legal grounds to do so on public property. After a series of protests, the police allowed the statue to be returned.

A diplomatic fracas ensued. The Japanese government strongly objected and temporarily recalled its ambassador from the embassy in Seoul and the consul general from Busan. In an illustration of how disagreements over history can scuttle bilateral cooperation between the two countries, Japan also called off high-level economic talks on the issue of currency swaps.

Kim Byungki, a professor of Politics and International Relations at Korea University, says that Seoul and Tokyo have no easy options in resolving the dispute.

South Korean President Park Geun-hye is currently under impeachment amid allegations of influence peddling, leaving a power vacuum in government. Japanese Prime Minister Shinzo Abe is seeking closer security cooperation from Seoul and is unlikely to want to revisit this issue, Kim said.

“When they signed the agreement, the two sides both wanted to put the final stamp on this issue; they didn’t want a painful re-examination of it. The whole agreement is now in real question, but it’s not easy to annul or renegotiate a diplomatic agreement like this once it is already signed,” Kim said over the phone.

In the immediate aftermath of her legal victory, Park said she is looking forward to being able to once again focus on her teaching and research work.

She said that despite the controversy her work has sparked, she has no plans to move on to a different area of study, that she remains committed to the goal she set for herself early in her academic career.

“I dedicated 20 years to understanding the comfort women issue and I’m not going to stop now,” she said. “I want to do more meaningful research that can contribute to understanding between Korean and Japanese people.” 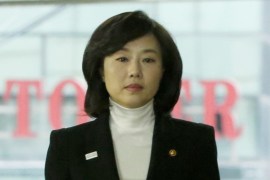 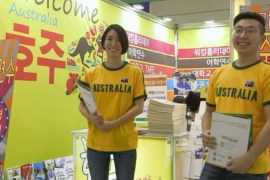