BDS stands for Boycott Divestment and Sanctions (and not, as Israeli Prime Minister Benjamin Netanyahu has claimed, for “bigotry, dishonesty and shame”).

The BDS movement’s three aims are grounded in international law and fundamental rights.

It seeks to end the occupation and dismantle Israel’s illegal wall and settlements, demands full equality for Palestinian citizens of Israel, and calls for the rights of Palestinian refugees to be upheld.

When did it start and why?

The BDS movement began when a coalition of 170 Palestinian civil society groups issued a call to “people of conscience” around the world on July 9, 2005.

Palestinians argue that a global citizens’ movement is necessary because – despite decades of “peace process” facade – political leaders have failed to end Israel’s settler-colonialism, ethnic cleansing and apartheid practices. In fact, they continue to enable them.

Therefore, only bottom-up pressure from ordinary people will force governments to end Israel’s impunity and help create a just peace based on freedom, justice and equality.

What has the BDS movement achieved?

In the decade since its launch, the BDS movement has gradually accumulated successes around the world, from US churches to UK campuses, Egyptian trade unions to the Bolivian government.

In the economic sphere, Veolia and G4S – multinational corporations involved in Israel’s oppression of Palestinians – lost billions of dollars due to BDS campaigns and announced withdrawals from Israel. Foreign direct investment into Israel dropped 46 percent in 2014.

Tens of thousands of students globally have pushed forward the academic boycott, backed by figures such as Stephen Hawking, Angela Davis and Judith Butler. Meanwhile, the likes of author Alice Walker, ex-Pink Floyd musician Roger Waters and critically acclaimed filmmaker Ken Loach have lent their support to the cultural boycott.

Importantly, the BDS movement has also been endorsed by anti-colonial Israelis and other Jewish groups, as well as Black Lives Matter.

Some of Israel’s defenders claim that BDS is racist. In fact, quite the opposite is true.

Far from targeting individuals on the grounds of ethnicity or nationality, BDS targets institutions on the grounds of complicity in human rights violations and explicitly opposes all forms of racism. That’s precisely why it seeks to end Israel’s entrenched system of racial discrimination and ethnic privilege.

In this sense, BDS is comparable with – and takes direct inspiration from – the historic anti-apartheid movement which helped to isolate South Africa globally and end white rule.

Since around 2010, Israel has stepped up its fight against BDS and so-called “de-legitimisation”. In 2011, the Knesset passed a draconian law against advocating boycotts within Israel. But internationally, this was counterproductive.

By mid-2015, panicky Israeli leaders were calling the non-violent movement a “strategic threat”. Minister of Strategic Affairs Gilad Erdan was given the task of leading the counter-boycott effort, with an annual budget of $25m and supported by military intelligence agencies.

Erdan stresses the need for cooperation with a network of Zionist groups abroad, because ostensibly independent groups are more credible messengers in civil society. He explained: “It’s not necessarily good that the government is at the front of this battle.”

Because of this, Israeli embassies – many of which have dedicated anti-BDS staff – work closely with Israel lobby groups behind the scenes, as Al Jazeera’s investigation “The Lobby” shows. The investigation also confirms another official tactic: establishing front groups and bodies which appear to be grassroots but are actually “astroturf”.

Wealthy supporters of Israel such as Sheldon Adelson and Haim Saban in the United States and Trevor Pears in the UK have pumped large sums of money into a plethora of anti-boycott initiatives. And increasingly, the Israeli government and pro-Israel groups team up to create global public-private partnerships against BDS.

What has the counter-BDS movement achieved?

Unable to win the argument politically, Israel and its allies are waging an aggressive “lawfare” campaign.

Thanks to friends in high places, they have had considerable success promoting laws to criminalise BDS, with about 20 US states considering anti-boycott bills. Another dimension has been prosecutions of activists, everywhere from Australia to France.

However, BDS continues to grow rapidly. Legal experts and the European Union have defended the right to boycott as a free speech issue. And several pro-Israel lawfare cases – for example in the UK where attempts to suppress BDS are also facing a legal challenge – have failed spectacularly.

What does the future hold?

Can a voluntary grassroots movement facing off against a well-funded, state-led, and elite-driven counterattack really hope to survive?

Expect to see the fight get even nastier with more lawsuits, McCarthyism, “black ops” and smear tactics, covert intelligence gathering and restrictions on BDS activists’ freedom of movement. As Amnesty International has noted with concern, there have even calls for “targeted civil eliminations”.

But Israel’s forte has always been the hard power of military coercion. Indeed, its diplomats appear unable to comprehend the BDS movement without comparing it with a war. It is clueless about how to deal with a non-hierarchical social movement waging a struggle on the terrain of moral persuasion.

As long as Israel flouts international law, no amount of money, repression or “Brand Israel” propaganda will stop the BDS movement continuing to grow and make crucial contributions to Palestinians’ struggle for justice. 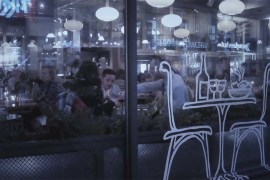 Netanyahu: Gaza campaign is continuing with all force