The cooler evenings of September in the hills of the occupied Palestinian Territories are a perfect time to sit out on the balcony and chat with family and friends over coffee and grapes.

On Saturday evening at around 8pm, the Da’adoun family were doing just that in the town of Al Khadir, south of Bethlehem.

Yousef Da’adoun was smiling and laughing with members of his family when his children and their friend Lama decided to go play outside. “Be careful I said to the girls.”

Still grieving he continues his tale.

“We sat on the balcony when I heard a big boom and cars screech to a halt. There was screaming from below. I ran out on to the street.” What he saw will stay with him. His friend’s daughter, Lama, aged six, was lying on the road.

Ali isn’t sure whether the driver or another Israeli settler called the ambulance. Paramedics who arrived on the scene could do nothing. Lama was killed almost immediately.

The nearby settlements are illegal under international law and the settlers are governed under Israeli civil law while Palestinians are subject to military law.

Nothing is simple here

Both Israeli and Palestinian authorities say the incident was an accident. Still, nothing is ever simple in these hills.

Lama’s family indicate that it was an accident but they fear that the settler will not be brought to justice and will not face prosecution. Israeli police have released the settler and say his case is under investigation.

No one here thinks a prosecution is coming. For them, this accident is yet another example of life under occupation where they feel the slightest transgression brings down a forceful Israeli reaction while any settler aggression or incident largely goes unpunished. 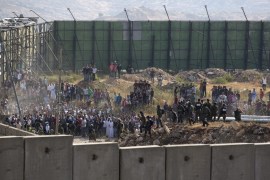