Melbourne, Australia – On July 2, Australians will go to the polls to elect a new federal government. But the range of candidates from which they will choose will not reflect the diversity of the country.

According to data compiled by the Commonwealth Parliamentary Library in 2014, there were five MPs of Asian descent – that’s just 2 percent of the parliament. There are four Indigenous MPs.

Australia was largely established along racial divisions. Aboriginal Australians were not officially counted as citizens until 1967 and the White Australia Policy banned migrants from non-European backgrounds from entering the country until 1973.

But today, people from China and India form the two largest migrant groups, followed by the UK. In fact, 2011 figures from the Australian Bureau of Statistics show that 8.4 percent of the population comes from five Asian countries – India, China, Philippines, Vietnam and Malaysia.

University of Queensland researcher Jen Kwok told Al Jazeera that because Austalian politics is dominated by two parties – the ruling conservative Liberal Party and the centre-left Labor Party – they are able to act as gatekeepers to the political scene.

“Those political parties are more clubs than civic institutions. They have a particular culture which contributes to the disengagement, not only from Asian Australian populations, but entire very large groups of Australians of different education and economic backgrounds,” said Kwok, who is also a cofounder of a non-partisan group called Asian Australian Democracy Caucus.

“The reason that we need diversity in parliament is that that diversity is symptomatic of the health of the political system and the way that democracy works.”

Even with only four Indigenous MPs in parliament, Aboriginal Australians are better represented now than they have ever been. But Aboriginal activist Michael Mansell said that in the rare instances when an Indigenous candidate is elected, it doesn’t necessarily translate into Indigenous issues being given greater significance in parliament.

“The problem with Aboriginal people being elected to the parliament through a major party is that they have split loyalties: They are expected to represent the interests of the party over their communities,” Mansell said.

“Political parties might get Aboriginal people in there, but it is just window-dressing,” he added.

Mansell advocates that Australia adopt something similar to the system in New Zealand, where there are seven dedicated parliamentary seats for the country’s indigenous Maori people, with Maori citizens voting on who they want as their representatives.

There has, however, been little discussion about introducing similar quotas in the Australian parliament, even though the Labor Party introduced its own quotas for female candidates in 1994, increasing the number of women in parliament as a result.

But Tim Watts, a federal Labor MP of Anglo descent, said a quota system for cultural diversity would be more complicated to implement than a gender quota. The lack of cultural diversity is not unique to politics, he said, pointing to a similar problem in business and the public sector.

“What we imagine when we think of a leader doesn’t have an Asian face because we don’t see them at the moment. So it is about making the case that diversity matters and supporting young people who may want to enter politics,” Watts said.

‘Power is not given, power is taken’

Wesa Chau and Jieh-Yung Lo are two young aspiring Labor Party politicians. Chau has previously run as a federal candidate. Last year, they established a group called Poliversity with the aim of pushing for greater diversity within the party.

“When we think about ‘multiculturalism’ we still think of welfare, and that needs to change,” Chau told Al Jazeera.

Jieh-Yung said that families who had migrated to Australia were often too busy establishing themselves in their new country to consider things such as engaging in politics. But, he added, it is often the second generation children of migrants, like himself, who are more eager to get involved.

Alex Bhathal  is of Indian descent and is running for a federal seat in Melbourne for The Greens, a left-wing party. She believes all parties have serious issues with cultural diversity and that it stems from social inequality and the Australian government’s visa programmes, which make it difficult for families to migrate together.

Bhathal doesn’t support the idea of race-based quotas for candidates whose families came from elsewhere, but she does support them for Indigenous people.

“The Greens and every other party in Australia has a long way to go in terms of creating a level playing field for Aboriginal and Torres Strait Islander people in their structures and within their parties. Australia is lacking a great contribution from those people, a really important voice missing from parliament if we can’t get those people in there,” Bhathal said.

Both the Labor and Liberal parties have been accused of engaging in racist and xenophobic scare campaigns to garner support for harsh policies on refugees and the blocking of Chinese foreign investment in Australia.

“We have an entrenched culture – whites feel entitled to enter politics, born to rule. Both political parties are only interested in raising funds from the Chinese communities but are not interested in considering them for safe seats,” Lim said.

It is incumbent upon young people from diverse backgrounds to demand change, Lim said.

“In this game, power is not given, power is taken,” Lim reflected. 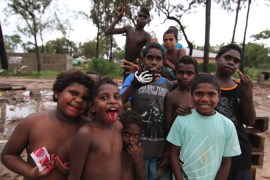 Aurukun: Mining for a future