They own multimillion-dollar properties, go on designer shopping sprees and even star in their own reality TV show, Ultra Rich Asian Girls.

Chelsea, Pam and Diana are the children of China’s elite, and they’re stirring envy and anger as they live the high life in Vancouver.

The girls are what is known as “fuerdai”, or rich, second-generation Chinese. They have become notorious for their extravagant antics, from crashing sports cars to burning wads of cash.

Many of the fuerdai are spending their families’ wealth in North American cities, purchasing high-end real estate. The influx of foreign cash has sparked protests in Vancouver, which many wealthy Chinese now call home.

Residents leading the #DontHave1Million campaign complain that rich Chinese are inflating property prices and pricing them out of the market.

Yet, the success of Ultra Rich Asian Girls suggests that many can’t get enough of these young Chinese elite and their extravagant spending habits.

The show’s creator, Vancouver-born Chinese-Canadian Kevin K Li, says there is more to this new wave of wealthy Chinese than meets the eye.

Here, Li discusses the city’s Chinese history, his identity and how the girls are shaking up stereotypes.

Kevin K Li: I was born in Canada, and over the 37 years that I’ve lived here, I’ve noticed that there has been three different waves of Chinese, each one more successful than the last. First was the working class from the villages of Guangdong province. They worked in the kitchens, operated laundry mats and sold produce. Many of them were uneducated and lacked trained skills.

The second wave was in the 1980s and 1990s, and mostly comprised those from Hong Kong. They were university-educated, worked in offices and started their own small businesses. Their kids drove Mercedes and BMWs to school.

Now, from mainland China, the Chinese own major companies, are involved in world trade and fuel our economy. Many of their kids go to school in supercars and wear the latest in luxury fashion.

This show was created to celebrate the evolution of Chinese in Canada. My co-producer, Desmond Chen, and I are currently working on Season 4 and talking to co-productions in the US and distribution in Asia.

Al Jazeera: The show quickly went viral. Why is the world interested in following the lives of affluent Chinese girls?

Li: To be honest, my co-producer, Desmond Chen, and I didn’t expect it to go viral outside the Chinese community, but the show came at the right time and the right place. People hungered to know more about who was buying the exotic supercars, exclusive handbags and multimillion-dollar properties.

This show puts a face to those questions and provides a secret window into the lives of ultra-rich Asian girls. Also, it doesn’t hurt that the girls are university-educated, beautiful and charming.

Al Jazeera: Some say that wealthy Chinese are inflating house prices in cities such as Vancouver. Is this an accurate assessment or is this a form of Sinophobia?

Li: I am not an economist, but as a Canadian, I believe that there are three factors increasing the prices of homes: historically low mortgage rates, the low Canadian dollar, and Vancouver is always rated as “the best place in the world to live”.

I know a lot of Canadians who hugely profited from the sale of their homes in Vancouver, downsized to a condo and gave the rest to their kids to buy their first home. It’s supply and demand from local and foreign buyers, not just Chinese. Yes, a small percentage of complaints stem from Sino- and xenophobia. This small group is looking for someone to blame and wealthy Chinese are an easy target.

Al Jazeera:  You grew up in a working-class Chinese neighbourhood in Vancouver. How have you seen attitudes towards the Chinese population change over time?

Li: The biggest change I’ve seen is how people view Chinese women today. Even in my generation, many of my female friends were told to just “find a nice rich boy to marry”. Now, women are in control of their own destiny. The girls on my show can choose who and when they want to marry, start any business they want and continue to break down traditional stereotypes of Chinese women.

Al Jazeera:  The Hon Hsing Athletic Association in Vancouver’s Chinatown has played a significant role in your life. Why is this?

Li: Hon Hsing is the reason I proudly say I’m Chinese-Canadian. But it wasn’t always like that. I remember a dark phase when I was around 14, when I didn’t consider myself Chinese because I felt that I was better than my Hong Kong classmates. Their fashion styles were different, they always spoke Cantonese, and they were seen as the “uncool” kids in school.

I went out of my way to make sure my Canadian classmates knew that I was different from “these immigrants”, from the way I talked, dressed and ate. I thought everything was great, until one day I found racist writings in my school books saying “Chinks, Gooks and Chinamans should die”, with a drawing of a gun to the head.

It was directed at a group of us, Canadian-born Chinese. We learned it was actually from a group of white guys who we used to hang out with and considered to be our friends. I was so upset, angry and confused. I felt like I did everything right to separate myself from these “immigrants”, but the reality was they still saw me the same way. I knew that just because I was born in Canada, I would never be seen as an equal.

Then one of my friends brought me to a Hon Hsing Athletic Association, an activity club for Chinese youth, founded in 1939 by the Wong’s Benevolent Association. I learned Chinese lion dancing, kung-fu and Chinese-Canadian history.

This is where I found myself. Instead of ignoring and looking down on my heritage, I began to embrace it. I’d never felt happier. I was so interested in discovering my heritage that I even went to Beijing to learn Chinese for three months and learned about the history of China.

Al Jazeera:  How justified is the concern about the rise of wealth in China and its expansion into places such as Vancouver in North America?

Li: In the 1980s, Japan had a strong economy, and in the 1990s, it was Hong Kong and the US. While property prices are increasing in Vancouver, it’s also generating a lot of economic opportunities for jobs, development and growth. Things always come in waves, and I have a lot of faith in our government to know when the rise of Chinese wealth becomes a threat in our country. Personally, I’d rather it be today than back in 2008 when jobs were lost and no one was spending money. The houses were cheap then, but we didn’t have the money to buy them.

Al Jazeera:  Do you feel that Asians are accurately represented in the Canadian media?

Li: Asians are hugely under-represented in mainstream TV, film and media. And the programmes that do have Asians in them are stuck in stereotypical roles – asexual Asian males and hypersexualised Asian females.

When my show first came out, I received a huge backlash from the Asian community who felt that it “made them look bad”. It’s frustrating that as a producer, who is Chinese, I’m limited to producing “nice Asian shows” when other producers can produce anything they want without having to represent any race but themselves. There needs to be more shows that push the boundaries of mainstream Asian programming and challenge the model-minority stereotyping.

No mainstream broadcaster in Canada has an accessible programme that correctly reflects the multicultural faces of Canada. This is a failure and this is why there’s so much misunderstanding and misinformation about Chinese Canadians.

READ MORE: My time as a fake boyfriend to China’s ‘leftover women’ 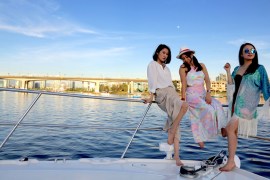 We enter the inner circle of China’s new generation of elites to get an insight into a world where money is no object. 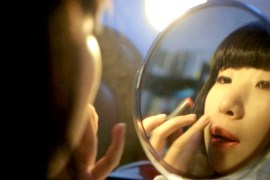 Under immense pressure to get married, Li Chenxi rents a fake boyfriend to meet her family and friends.