The Western Ghats are a 1,500 kilometre-long ribbon of mountains that run through the southwestern part of India, forming a jagged edge that separates the high Deccan Plateau, which makes up most of the Indian peninsula, from the low-lying coast of the Arabian Sea.

As the land heats up during the summer, it pulls in a mighty body of cold air from the ocean. When this water-laden air hits the Western Ghats, it deposits torrents of water over the mountains, drenching the area for six months of every year.

UNESCO, which recognised the Western Ghats as a world heritage site in 2012, has listed them as “one of the best examples of the monsoon system on the planet”.

The mountains moderate the tropical climate of the region, and an overwhelming 245 million people depend on these systems for their water. By extension, these mountains regulate the water cycle of India and its inhabitants, who make up one-sixth of the world’s population.

Every year, the country waits with bated breath to see how the monsoon performs: Its behaviour is emotively referred to as “good” or “bad”. The monsoons are so tied to the people that a bad monsoon can break a politician’s career.

As a result of this incredible water system, the Western Ghats are lush. Their slopes are a global biodiversity “hotspot” – one of the top eight in the world. Their forests are some of the best examples of tropical evergreen forests anywhere away from the equator, and home to a staggering range of plants and animals. Many of these are endemic and found nowhere else on the planet. The mountains are also home to at least 325 globally threatened flora, fauna, bird, amphibian, reptile and fish species. There are four main types of forest here: wet evergreen, semi-evergreen, moist deciduous and dry deciduous.

The Western Ghats are not typically given as an example of climate change in action. There are no cracked desert soils here. But changes have already been observed and are all the more alarming for their occurrence in such a complex and rich ecosystem.

“A lot of climate change has already happened,” says RK Chaturvedi, a researcher at the Divecha Centre for Climate Change at the India Institute of Science in Bangalore, who has been studying the Western Ghats.

Some long-term studies of rainfall and temperature change have been conducted using historical data. They have found that annual rainfall has indeed been declining in Kerala, the narrow coastal state in southwestern India, and one of the six states that the Western Ghats run through. Between 1999 and 2005, there was almost 10 percent less annual rainfall. And rainfall patterns have shifted: The southwest monsoon – from June to July – was found to have been decreasing, while the post-monsoon rains of October and November have increased.

Data from the Indian Meteorological Department’s monitoring stations from between 1951 and 2010 found that the annual and seasonal mean temperatures had increased significantly in all six states of the Western Ghats: Karnataka, Tamil Nadu, Goa, Maharashtra and Gujarat, as well as Kerala, although there is much of each state that falls outside the mountain range, too.

Trends across a large area like a state are valuable. But changes in factors such as surface temperature will vary with the characteristics of a region, such as altitude and land use. Kerala, for example, has three distinct regions of coast, midlands and highlands, over which rainfall and temperatures vary. Goa, another of the six states, has been victim to extensive mining, which has cleared a lot of its original forest cover for open land that heats up quickly.

How a region’s vegetation responds to local climatic changes depends on the type of vegetation. For example, the forests of northeastern India are predicted to change relatively little over the next 70 years, as the climate there is expected to become hotter and wetter – conditions that suit tropical evergreen forests, which are some of the existing vegetation in the region.

For example, animals that would eat grasses, such as elephants, might then start coming out of the forest to look for things to eat, and trampling agriculture and coming into conflict with humans.

It is also important to be able to predict how the animal and human populations of the Western Ghats might be affected in the future. But the problem so far is a lack of monitoring data.

“The decline in rainfall is happening, and bound to affect the vegetation patterns and other things,” says Chaturvedi. “But our understanding of that is a bit poor. Maybe changes [to vegetation] are still not being reflected, maybe there is a lag period … but we are not yet able to capture any dramatic change in the vegetation.

“It’s also possible that if you have a very high baseline of rain, as Kerala does, a decrease in rain of 10 or 20 percent may not affect vegetation that much. But the reason could also be that we have very poor observation and recording sites in India, compared with the [United States] or other Western countries; we have very few long-term monitoring posts.”

One permanent study site is a 50-hectare plot in the Nilgiri Hills, part of the Western Ghats in the state of Tamil Nadu. Professor R Sukumar has been studying the vegetation changes on this plot for the past 25 years as part of his research into ecology and climate change.

In particular, he has observed how changes can pave the way for invasive species to dominate a landscape: A drought in 2001 made the area dry and fire-prone. Large fires in 2002 in the Western Ghats then burned up the grasses in the dry deciduous forests of the area.

“If, after that, the monsoon had returned, I suspect the grasses would have also returned,” says Sukumar.

But in 2002, the “bad” monsoon was worse, and the drought became one of the longest in 20 years. As a result, the natural grasses did not grow and this gave room for the invasive species Lantana camara to expand in their place. Lantana is a thorny shrub whose leaves are not palatable to the animals of the Western Ghats. Lantana grew aggressively, and the natural grasses have been suppressed ever since.

“It was an example of a chance combination of drought-fire-drought, and that set the stage for invasive plants to come into the forest in a very, very big way,” says Sukumar. “Lantana is not new, but this regional takeover is a recent phenomenon.

“This has ripple effects. For example, animals that would eat grasses, such as elephants, might then start coming out of the forest to look for things to eat, and trampling agriculture and coming into conflict with humans.

“As climate variability increases, these kind of effects are going to increase.”

Plant species also have different pathways of carbon fixation when they perform photosynthesis. For some, higher levels of CO2 will be beneficial; for others, it will be harmful. Rising CO2 levels will, therefore, also cause a change in vegetation.

An example of this is being seen at montane elevations in the Western Ghats – altitudes above 2,000m. The mountains’ natural grasses are a tropical variety that do well in low concentrations of CO2, with a carbon fixation pathway called C4.

“If you put out more CO2, there are certain types that will benefit over other types,” says Sukumar. “Very crudely, these are the plants that have the C3 type of photosynthesis – trees and shrubs.

“Years ago we noticed Australian acacias, a C3 type, are actually invading the grasslands, and the forest department is finding it difficult to counter them. Because of warming, there will be more areas they can colonise.”

Future predictions of climate change are made by mathematical modelling, and on a national scale these models are fairly robust: everyone knows temperatures will generally increase. But we still lack a lot of understanding in the finer details, and relatively few research groups are working on the effects of climate change in the Western Ghats, despite the crucial importance of the region’s biodiversity. The consequent effects on the flora, fauna and millions of people who depend on them – either directly as forest communities or on a wider scale due to the climactic systems it regulates – are also largely unknown. Ecosystems such as those in the Western Ghats are vastly complex, and the ripple effects of changes such as this can be difficult to tease apart.

As a step towards fine-tuning our understanding of what is going to happen, Professor NH Ravindranath and his research group at the Indian Institute of Science have been looking at the inherent vulnerability of forests, which can vary with type.

One of their most recent studies looked at the range of the Western Ghats in the state of Karnataka. They found that the areas with the highest inherent vulnerability to climate change were the dry deciduous forests, and the plantation forests in which afforestation programmes have attempted to replace lost natural forest cover. These are mostly concentrated on the eastern side of the Western Ghats. Generally speaking, a higher level of biodiversity gives a forest greater robustness to a changing climate. Anthropological factors often have a damaging effect on the natural world.

One of the actions on climate change that the Indian government announced at the COP21 climate conference in Paris at the end of last year was the establishment of a network of new monitoring stations, the Indian Long-Term Ecological Observatories. Covering all the major biomes in the country – particularly the mountainous areas, including the Western Ghats – the stations will monitor ecological signs and symptoms specifically for climate change and be coordinated by the Indian Institute of Science.

“Purely modelling alone doesn’t give us the full story. At a very macro level, it can give us an idea, but it’s a top-down method of predicting climate change,” says Sukumar. “It’s also incredibly important that we have good, solid observations on the ground.” 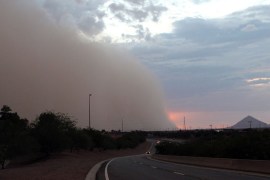 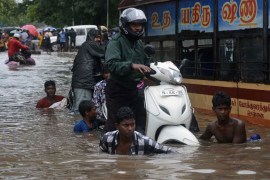