Did US president John F Kennedy intend to end the Cold War with the Soviet Union and get out of Vietnam before he was assassinated 53 years ago?

It is intriguing to contemplate the global implications of these questions – the millions of lives saved, slashed defence budgets, and what an alternative world could be like today.

The idea that Kennedy was moving towards a global peace before he was shot dead in Dallas has been widely disputed.

Renowned American scholar and social activist Noam Chomsky denounces the notion that JFK was serious about ending the Cold War during its height before his murder.

“That’s mostly myth. He had no such plans. I’ve reviewed the evidence repeatedly, including in my book Rethinking Camelot. What’s appeared since simply confirms these conclusions,” Chomsky told Al Jazeera in an email.

But others argue that Kennedy did intend to end the Cold War with all its nuclear dangers, as well as colonial adventures, starting with the order of all American forces out of Vietnam by 1965.

There’s no doubt Kennedy, a World War II naval commander, was a Cold Warrior as a young senator during the 1950s. He believed communism needed to be put down by whatever means necessary.

But then he became US president and looked global nuclear annihilation squarely in face during the 1962 Cuban missile crisis with the Soviet Union. Evidence suggests those 13 days deciding the fate of humanity changed the young American president as he faced the apocalypse.

The Cuban crisis wasn’t the first time Kennedy stared nuclear war down the barrel of a gun.

Months into his presidency his generals and admirals in the Joint Chiefs of Staff let him know that all-out nuclear war was on the table over the Berlin crisis as the Soviets built the wall.

The hardline Joint Chiefs weren’t messing around. Their Joint Strategic Capabilities Plan included the dropping of 170 atomic and hydrogen bombs on Moscow alone.

Every other main Soviet city – along with those in China and Eastern Europe – was to be incinerated. The estimated death toll was in the hundreds of millions.

Appalled by their willingness to destroy much of the world, Kennedy sought to wrest more presidential control over any nuclear attack and promoted a second plan with limited use of atomic weapons.

The military chiefs became increasingly fed up with Kennedy as he sought paths away from “mutually assured destruction”, or MAD as it was ironically called. They were unable to understand his reluctance to use any means necessary to defeat communism.

“At the end of the war, if there are two Americans and one Russian, we win,” Air Force General Thomas Power said at the time.

Kennedy angered his national security advisers by repeatedly ignoring their nuclear first-strike plans in Europe and rejecting the military invasion of Cuba.

Vietnam was the final contentious issue between JFK and the militarists before his murder.

As reported by James Douglass in his book JFK and the Unspeakable, Kennedy had recognised France’s colonial failure in Vietnam and wished to avoid the trap.

Edmund Gullion was an official in the US consulate when JFK and his 22-year-old brother Robert visited Vietnam in 1951.

“In 20 years there will be no more colonies. We’re going nowhere out here,” Gullion told Kennedy at the time. “The French have lost. If we come in here and do the same thing, we will lose, too, for the same reason.”

The US generals had other plans, however, not wanting the Southeast Asian dominos to fall to the reds.

On communist gains in Laos and Vietnam, General Lyman Lemnitzer, chairman of the Joint Chiefs, promised: “If we are given the right to use nuclear weapons, we can guarantee victory.”

“He threw his hands in the air, glanced back at the generals and admirals left in the Cabinet Room, saying, ‘These people are crazy,’” according to Douglass’ book.

While publicly proclaiming that he wouldn’t remove US forces from Vietnam – fearing it would hurt his re-election chances – Kennedy told his defense secretary, Robert McNamara, to order the chiefs to draw up plans to withdraw all American military “advisers” in the country by 1965. The generals stalled.

“I always thought it was foolish for you to make any statements about withdrawing,” Johnson told McNamara. “But you and the president thought otherwise, and I just sat silent.”

Before his death, Kennedy had come to realise that his military hardliners were a greater threat than his arch-enemy, Soviet leader Nikita Khrushchev.

JFK initiated secret back-channel contact with Khrushchev in the form of personal letters. Khrushchev, too, had awakened to the reality of nuclear holocaust during the Cuban crisis. For more than a year the two rivals discussed how to stymie their generals and achieve a lasting peace.

Kennedy’s “peace speech” at Washington DC’s American University in June 1963 was a plea to his people to understand the communist enemy, despite their differences.

JFK said he didn’t want “a Pax Americana enforced on the world by American weapons of war; not the peace of the grave or the security of the slave”.

We’ll never know if Kennedy really would have ended the Cold War with Khrushchev and exited Vietnam. He was shot dead in Dallas before he could do so.

Five decades later – with wars and foreign intervention still prominent – it is hard not to imagine what it would be like if JFK had lived – and lived up to his word. 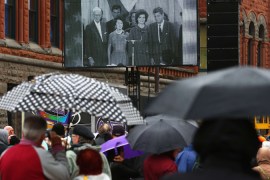 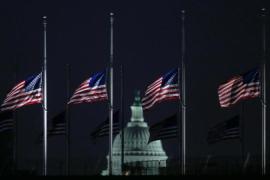 Drawing parallels between Kennedy and Obama, it is evident that the US needs a very different way of thinking of ‘war’.