Sulaimania, Iraq – It’s recess at the makeshift school in the Ashti camp for internally displaced people and Haidar Ibrahim is ready to receive his throng  of little customers.

On the outskirts of Sulaimania in Iraq’s Kurdistan region, in a small shack right across the narrow dirt road from the school, customers pour out like clockwork every day.

Around here, he is known as Ashti camp’s candy man. His shack is filled with all sorts of brightly coloured, tooth-decaying sweets, popsicles, chips, popcorn and drinks. It’s a business, yes – but he admits, this is something more than a job. It’s a service that serves up endless smiles.

“These children come to see me at recess every day for a snack or a drink, and some others come from the opposite end of the camp because they know there’s a guy here who will be kind to them, and smile at them,” he says. “All the way here for a smile, can you imagine?”

There are 8,000 children among the 2,800 internally displaced families that live here. And many bear the scars of trauma – some have gone mute, others have recurring nightmares.

At 26 years old, Ibrahim is seen as a “big brother” for many of these children and like them, his journey here has been difficult.

A member of the predominately Kurdish Shabak community, he fled his hometown of Bashiqa, in Mosul, in the summer of 2014, soon after the Islamic State of Iraq and the Levant (ISIL) group declared its self-styled caliphate there. The Shabak people are an ethno-religious group, most of whom follow Shabakism, a variation of Shia Islam. The size of Iraq’s Shabak population is unclear, with estimates ranging between 130,000 and 500,000.

For Iraq’s Kurds, it’s not about independence any more

“My town is about a half hour from Mosul,” he recounts. “We heard ISIL entered the city, but we stayed for about 10 days. When we realised the situation would get worse, not better, we left.”

At the candy shack, among the smiles and sweets, he sees the children are suffering.

“Some Shabak people stayed behind, they were pragmatic and they collaborated,” he says. “The rest of us left.”

Ibrahim and his brother owned an aluminum factory in Bashiqa. He says he watches television these days “nearly 24 hours” to see if he can make out the factory in the news reports: “Is it still standing or have they destroyed it? I don’t know.”

He says he heard that his town has recently been liberated by the Peshmerga, but he won’t move back there with his wife and four children until he is assured there is security.

“When it is secure, why not? I’ll go back,” he says. But for now, he is living at the camp. “It’s better here in the camp than living under ISIL.”

Ibrahim and his brother opened their candy shack about a year ago, when they moved to the Ashti camp from another settlement for the internally displaced.

At the candy shack, among the smiles and sweets, he sees that the children are suffering.

“They like to talk, but they don’t share their feelings, or their problems,” he says. “They come, they laugh a bit and they buy sweets with the little pocket money their parents can afford to give them.”

Some are polite, he says, while others have stolen from him: “I’m tough with the thieves, but not too tough.”

Ibrahim’s little shack of sweets complements the efforts of local NGOs implementing a range of psycho-social programmes to address the children’s traumas, whether these are art workshops or music lessons.

A popsicle and a smile might not be a substitute for a psychologist, but it certainly makes the conditions more bearable for the camp’s children who repeatedly say they miss home. 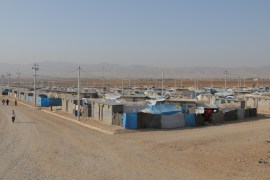 In country torn apart by war, political settlements alone will not fix antagonism among ethnic and religious groups. 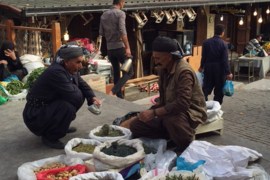 For Iraq’s Kurds, it’s not about independence any more

Apathy and cynicism pervasive in Iraq’s Kurdish region as an unending series of crises and scandals unfolds.