Ulaanbaatar, Mongolia – In a country where desertification, extreme weather patterns and overburdened pastures are becoming the norm, the nomadic livestock herders of Mongolia are mobilising at the community level to adapt to climate change.

Mongolia has no comprehensive national regulations on pasture land management, which makes it difficult to address the environmental issues on a national level. In the absence of such policies, some Mongolian herders have taken it upon themselves to come up with solutions.

Families are banding together to form work collectives to implement regulations that will mitigate their impact on the environment and create better disaster preparedness. In some quarters, these work collectives, called pasture user groups, or PUGs, are also helping to increase household incomes.

The current environmental state and livestock production methods are proving unsustainable, says Purevjav Gomboluudev, the head of the climate section at the Information and Research Institute of Meteorology, Hydrology and Environment, a national agency.

“Mongolia tends to rely heavily on the summer season for growing fodder and preparing livestock feed,” he says. “But desertification, over-grazing and poor land management is leading to ill-prepared winters.”

These harsh winters, called “dzud” in Mongolian, “ultimately disrupt the national economy,” says the head of pasture land management in the Ministry of Food, Agriculture and Light Industry, Byambadorj N.

This past winter claimed some 1.1 million head of livestock, forcing the Mongolian government to declare a state of national emergency. While the “dzud”  of 2009 – 2010, wiped out 20 percent of the entire nation’s herds, worth an estimated 4 percent of the GDP.

Today, to be better prepared for the ravages of climate change, PUGs are pooling labour and resources to grow fodder, collect and sell yak wool, manage grazing schedules and rehabilitate valuable grasslands.

In addition to environmental benefits, PUGs in Tariat County, in Arkhangai Province, have also reaped financial benefits. Selling yak wool together as a collective rather than individually has allowed them to cut out the middle man and negotiate higher prices on raw materials.

“Our margins are 10 to 15 percent higher now,” says Jambaldorj S, the head of the Arkhangai Province Federation PUG,  founded with with support from the Swiss Agency for Development and Cooperation.

Banding together to sell wool may also have positive implications for the climate.

Since records began in the 1940s, Mongolia has seen its temperatures warm by 2.1C, roughly three times the global rate of 0.8C. As a way to battle climate change both at home and globally, Mongolia signed the 2016 Paris Agreement, with a pledged commitment to decrease greenhouse gas emissions by 14 percent by the year 2030.

While it remains to be seen if the government will be able to affect meaningful change by this time, although Mongolia’s Intended Nationally Determined Contribution document, submitted with the signing of the Paris Agreement, further commits to keeping livestock under sustainable numbers to cut down on methane emissions.

Herders may already be decreasing the carbon footprint of the agriculture sector through their collectives and the streamlining of agricultural processes, such as transportation costs for livestock and goods, to lower emissions.

While herd size management remains a touchy issue among herders, who take cultural pride in the size of their herd, PUG leaders and local government officials are educating herders about the benefits of keeping fewer, healthier animals.

“Telling a household to reduce their livestock is rather offensive,” says Ochirkhuyag L, livestock and pasture leader at the Ikh Tamir Federation. To encourage lower herd sizes, member households in Ikh Tamir’s PUG can opt to sell excess livestock and use the profits to set up a risk fund that can be used in times of crisis, such as during a particularly harsh dzud. The fund offers better and longer-lasting security than extra heads of livestock.

The risk fund seems to be successful and the Ikh Tamir Federation PUG plans to carry out the programme again next year.

“Ten years ago, everybody had more of an individualistic way of living and making decisions,” says Jambaldorj.

“But now, we understand the challenge of pasture degradation and also how to use marketing opportunities by selling raw materials togethe r… We’re making changes in how we participate in all these changes happening in our country.” 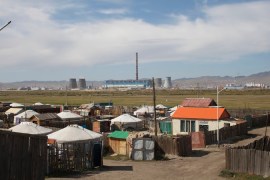 No money left for Mongolia’s poor

Despite an economic boom, lack of forward planning means many of the country’s most vulnerable families are struggling. 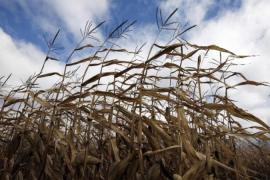