New York, United States – For decades, the United Nations has preached about giving equal rights to women. Now, it faces unprecedented pressure to come good on this talk and have a woman at its helm as the world body’s next secretary-general.

The UN’s current boss, South Korean diplomat Ban Ki-moon, is the eighth in an all-male line of secretaries-general dating back to 1946. He steps down at the end of next year, and UN coffee shops are already abuzz with talk of who fills his shoes on January 1, 2017.

Campaigners and some diplomats say it is time for a woman. Current world leaders – including Germany’s Angela Merkel, Ellen Johnson Sirleaf of Liberia and Michelle Bachelet of Chile – show there is ample talent in the global pool of stateswomen, they say.

“The UN Charter calls for gender equality and respecting women’s rights. The UN should live up to its own proposals,” Jean Krasno, a Yale University scholar told Al Jazeera. “The eight secretaries-general have all been men, it’s time for a woman.”

Women make up more than half the world's population and have never been represented in this role.

“Women make up more than half the world’s population and have never been represented in this role,” Krasno said.

UN chiefs are not chosen in an open vote. The selection is typically made surreptitiously by the US, Russia, China, Britain and France – the UN Security Council’s permanent five members (P5).

Efforts to appoint a woman are part of a broader drive to overhaul the hiring process itself.

UN members have promised more top jobs for women since 1995, but only about a quarter of its senior posts are currently held by females, the group says.

Many of those being discussed have not said they will run; some are serving terms that continue into 2017.

While few reject the notion of a woman secretary-general, some warn against good male candidates being sidelined in favour of less talented females.

Ireland’s former president Mary Robinson blames the selection process for UN leaders. Letting five powerful countries select the holder of such a key job is “morally inexcusable”, she said last month. The procedure is “weak, opaque and, perhaps, even irrational”.

Traditionally, the P5 states have vetted candidates in secretive straw polls and veto anybody they dislike. Their preferred candidate is endorsed by a vote of the 15-nation council, who is then rubber stamped by the General Assembly of all 193 UN members.

This process favours candidates who are beholden to Washington, Moscow and Beijing and, to a lesser extent, to London and Paris, said Bill Pace director of the 1 for 7 Billion campaign, which seeks to raise the calibre of future UN bosses.

“We’re in the worst situation, where the countries with nuclear weapons pointed at each other decide who becomes secretary-general,” Pace told Al Jazeera.

“The P5 asks for a secretary-general who addresses their interests and appoints their nationals to key jobs; and it’s a process that should stop,” said Pace.

The formal rules for selecting UN chiefs are only briefly laid out in the UN Charter.

The world’s top diplomat “shall be appointed by the General Assembly upon the recommendation of the Security Council,” says Article 97 of the Charter.

Pace calls for a system-wide revamp.

“The General Assembly needs to stand up and say the system from these past 69 years needs to come into the new century,” he said.

“If the many gang up, they can make a change here. With overwhelming support in the General Assembly, even the US, Russia and China will be more reasonable.”

For Edward Mortimer, a former UN spin doctor who now calls for reform via The Elders, a group of seasoned statesmen, the system would benefit from a UN leader who earned the job through a selection process in which everyone has a say.

“At the moment, the real qualification is that you haven’t made too many enemies and the P5 don’t think you will cause trouble,” Mortimer told Al Jazeera.

“That’s a very negative and passive way of looking at an extremely important job, somebody who gives leadership to the whole world,” Mortimer said.

The incumbent, Ban, and previous UN chiefs have struggled to get their message heard, he said. Changing the selection process could deliver UN leaders with enough stature to defy the presidents of even mighty countries, he said.

Refining the selection process is one of several ideas for UN reform that have been mooted over the years. The UN rule book was written in 1945. It favours the winners of the Second World War and it has resisted change.

RELATED: Pakistan’s Malala takes education plea to UN
In 2005, India, Brazil, Germany and Japan failed in a bid to create permanent Security Council seats for themselves.
Efforts to get the P5 to relinquish their vetoes have likewise failed.
Hardeep Singh, India’s former UN envoy, said changing the UN chief selection process could go the same way.

“The status quo has something very charming about it. Once you’ve bitten into that cherry, you don’t want to let go,” Singh told Al Jazeera.

“We must ask whether changing the process will produce a different outcome. The answer: I don’t know,” said Singh.

But with so much pressure from campaigners and calls for reform among several dozen UN states, including the 27-nation Accountability, Coherence and Transparency group, there is a chance that this latest bid will gain traction ahead of the annual UN meet in September.

Gerard van Bohemen, the UN ambassador for New Zealand, which advocates for UN reforms and holds the rotating Security Council presidency in July, said he would push for more transparency in the UN system.

“I intend to make sure that the [Security] Council at least considers the issue,” van Bohemen told Al Jazeera. 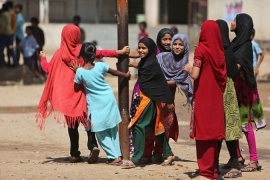 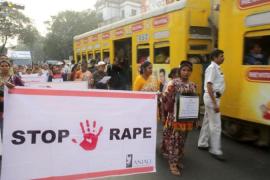 The way forward for gender equality

Twenty years after the Cairo population conference, there is still much to achieve for women’s empowerment. 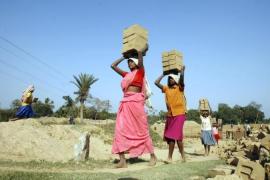 Women’s rights are human rights – now more than ever