Washington DC, United States – For the first time since the September 11, 2001 attacks triggered a massive US counterterrorism response, the US Congress is curtailing the broad electronic spying authority given to the National Security Agency.

Congress passed new legislation, the US Freedom Act, that would narrow domestic-spying permission enacted 14 years ago in the now-expired Patriot Act, ushered in during the fear-driven days following the attacks on New York and Washington, DC.

“It really is historic. It’s a new day. We haven’t seen anything like this since 9/11,” said Elizabeth Goitein, co-director of the Liberty and National Security Project at the Brennan Center for Justice at New York University.

Several factors account for the change in domestic US politics and consequent shift in policy, analysts say.

It was intended to give US spy agencies and the FBI electronic surveillance authorities needed to go after al-Qaeda and other armed groups overseas.

Concern at the time among US lawmakers was that American intelligence agencies had failed to warn of the September 11 attacks.

“After 9/11, a lot of authorities were given to the national security establishment to protect the country,” Carrie Cordero, director of national security studies at Georgetown University Law Center, told Al Jazeera.

“We are now 14 years past 9/11. We are a generation ahead and the public dialogue has shifted,” said Cordero.

Then senator Russ Feingold was the only senator to vote against the bill. For a nation still reeling from horrific tragedy, national security trumped those concerns.

Over time, however, the Patriot Act came to be seen by critics as part of the US’ overreaction to 9/11. But despite growing controversy and concerns raised by civil rights activists over the years, the law had been repeatedly renewed in various forms by Congress and President Barack Obama – until now.

On Sunday, a small group of legislators led by Senator Rand Paul of Kentucky and Senator Ron Wyden of Oregon succeeded in blocking senate renewal of the provisions of the Patriot Act, which allowed bulk phone data collection of all Americans in the US.

“The people who argue that the world will end and that we will be overrun by jihadists tonight are trying to use fear,” Senator Paul said in fiery remarks to the senate during the debate. “They want to take just a little bit of our liberty, but they get it by making us afraid.”

“This is a programme that is not making us safer,” Senator Wyden said as the clock towards expiration wound down on the Patriot Act.

For civil libertarians who have long disliked the Patriot Act a major breakthrough came when former NSA analyst Edward Snowden revealed in 2013 that the NSA had been secretly and systematically collecting massive amounts of phone data on Americans.

“No one was surprised that the NSA was collecting phone records. What’s surprising is that they were authorised to collect the records of an entire nation,” Harley Geiger, senior counsel for the Center for Democracy and Technology, a Washington-based advocacy group, told Al Jazeera.

“The only reason the bulk collection lasted as long as it did is because it was under secret law.”

Geiger said a key development came as recently as May 7.

“A federal judge on the Second US Circuit Court of Appeals in New York ruled in a case brought by the American Civil Liberties Union that the NSA’s systematic collection of Americans’ phone records was, in fact, illegal,” he said.

In its decision, the court avoided the constitutional issues by ruling that – executive branch claims notwithstanding – the “bulk telephone metadata programme is not authorised” by the Patriot Act.

A week later, the US House of Representatives, with support from the Obama administration, passed the USA Freedom Act by a 338-88 vote.  The Senate approved the bill Tuesday by a vote of 67-32, sending it to the president for his signature.

After losing a series of amendments designed to weaken reforms in the House bill, Senate Majority Leader Mitch McConnell slammed Obama’s conduct of the US’s so-called war on terror.

“While the president has reflexively clung to campaign promises from 2008, Al Qaeda hsa metastasized and poses threats to us around the world.”

The bill would conform US law to the court ruling by narrowing the expired Patriot Act authorities to prohibit bulk collection of Americans’ phone data. The senate began debate on the measure on Monday.

Advocates for reform of US mass surveillance laws view the bill as a first step.

“The goal of the USA Freedom act is to end the nationwide dragnet. It is merely shaving off the most egregious uses [of the Patriot Act],” Geiger said.

“We currently have secret laws in the United States where a secret court interprets the secret laws in a way the rest of the public does not know and cannot react to,” Geiger said.

RELATED: Is the US government spying on Americans?

Cordero agreed that political support for mass surveillance is shifting. “Members of Congress receive information about national security threats, and they have to make a judgement about whether these authorities are worthwhile.”

Reform advocates are looking ahead to the next political battle over a 2017 expiration of the 2008 FISA Amendments Act, which provides for substantial data-gathering on Americans via overseas sources.

“The pattern we see, once these programmes are started up, the claim is always made that it’s absolutely essential to foiling terrorist plots. But once someone independent starts looking into it, with access to files and classified information, we find out that none of it is true,” Julian Sanchez, a senior fellow at the CATO Institute, a libertarian think-tank in Washington, told Al Jazeera.

“The question now is are we going to move on to have real debate, not just about this programme but the entire interconnected architecture of surveillance and monitoring that has been constructed over the last 14 years,” Sanchez said. 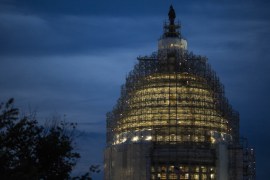 Patriot Act ends but the spying goes on 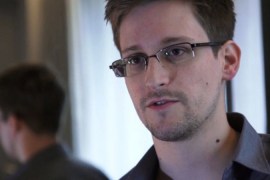 Six months after his initial leak of NSA documents, Edward Snowden has said he accomplished what he set out to do. 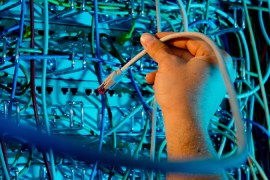 The ruling challenges the government’s ‘metadata’ collection and storage of millions of phone records of Americans. 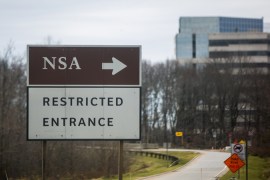 Official says US president to ask Congress to end bulk collection and storage but allow access to “metadata” if needed.