Al-Qaeda in the Arabian Peninsula (AQAP) has confirmed the killing of its top leader Nasser al-Wuhaishi in a US-led drone strike in Yemen’s Hadramout last week. The group wasted no time in announcing the elevation of its military commander, Qassim al-Raymi, to become the group’s new leader.

Many are wondering what this means for the organisation and what direction it may take under Raymi’s leadership.

The documentary film presents the testimony of Hani Mujahid, a former AQAP operative who doubled as an informant for the Yemeni security services. Mujahid describes Raymi, as “a creation of Yemen’s National Security Bureau”.

Like Raymi, Mujahid is a Yemeni who joined Bin Laden’s call to the holy war. Between 1998 and 2002, Mujahid became close to both Raymi and Wuhaishi, fighting alongside them in Afghanistan.

Mujahid fled to Pakistan in 2002 where he was captured and interrogated for months in 2004. He was deported back to Yemen and jailed for two years. Raymi and Wuhaishi would also return home, ending up in a Yemeni prison until they escaped by digging a tunnel in 2006. Around the same time, Mujahid walked out, rejoined his former peers, and began informing against them.

Mujahid described a time when he met with Colonel Saleh to debrief him on a three-way secret meeting in Shabwa province between himself, Wuhaishi, and Raymi. He says he failed to recount a few of their conversation details. Colonel Saleh astonished him, saying words to the effect of “you have forgotten so and so and so”. Mujahid sat ashen-faced.

“He reminded me of the entire story. I was mesmerised. Because in that session there was only myself, Abu Huraira [Raymi] and Abu Basir [Wuhaishi]. So, how did Ammar Muhammed Abdullah Saleh know this? He said to me clearly: Look, you see this chair you are sitting in now? Before you there was Abu Huraira [Raymi], sitting in it.”

Mujahid began to contemplate whether Raymi fits the informant profile. Unlike his deputy, Wuhaishi was quiet, extremely pious, humble and soft-spoken.

“Raymi loves to joke. He is always smiling. But at times he is a little mischievous. He tries to provoke you.”

Mujahid began to wonder whether Raymi was really a government informant just like him. For obvious reasons, it was never a question he could put to him.

In time, additional dealings with Colonel Saleh would provide Mujahid the evidence he needed. Mujahid admitted carrying money from Colonel Saleh to Raymi with the former’s full knowledge. Colonel Saleh instructed him to tell Raymi that the money “came from a local charity”.

For Mujahid, Raymi’s mask of cooperation with the Yemeni government was again revealed just ahead of the September 17, 2008 attack against the US embassy in Sanaa that killed 19 people.

In the months of planning before, Mujahid went to Colonel Saleh to announce AQAP needed explosives. Mujahid claims that Colonel Ammar arranged the explosives, instructing Mujahid to tell Raymi that a local sheikh in Khawlan province would provide them.

In light of Wuhaishi’s death and Raymi’s ascension to lead the world’s most lethal branch of al-Qaeda, much of Mujahid’s testimony – soundbites that didn’t make the final cut – deserve further review.

Mujahid pointed out to Al Jazeera in 2014 how many of AQAP’s leaders have been eviscerated in the US-led drone campaign. Every one – that is, except Raymi – who has also miraculously survived Yemeni security force raids as well as cruise missile strikes.

Mujahid intimates that, because Raymi was collaborating with Ali Abdullah Saleh’s government, he had all along been spared:

“Qassim al-Raymi comes from Rima…How is it that this man is not getting killed? It is impossible for someone to come from outside of the tribe and live in a strange tribe. His looks, his dialect are different, and when you are a stranger, you become an easy target for the Americans. The sons of the tribes can hide. Indeed, many of the leaders whom Ali Abdullah Saleh could not contain were liquidated using drones as well as in ground ambushes.

…I know many shabab who were offered to work in the National Security Bureau but they refused. As a result they were severely harassed by the security. They were forced to go to Abyan and to Hadramout where they were liquidated with drones upon the assumption that they were leading figures within Al-Qaeda organisation posing a danger to the USA.

…Many of the veteran Al-Qaeda shabab have had suspicions about Qassim al-Raymi and they talk about these. Some of these shabab were quite close to Sheikh Osama bin Laden. For this reason, there has been real animosity between the shabab in Taiz, in Sanaa and in some of the provinces – and these are the veteran shabab – and Qassim al-Raymi. It has gone as far as threatening to kill each other.

Why? Because they are convinced that the man is playing with al-Qaeda organisation an intelligence game and they have realised that he does indeed have ties with Ammar Muhammed Abdullah Saleh.

Al Jazeera was able to corroborate Mujahid’s claims and activities in Afghanistan and Pakistan. But his allegations whilst working in Yemen remain just that. We do not know if Mujahid was fibbing, embellishing, score-settling or, as one veteran intelligence official remarked, “prey to a conspiratorial mindset”.

Perhaps. Alternatively, Raymi has survived these years for a reason. That line of thinking would suggest Raymi is part of a sinister double-game that has shielded him from capture and drone targeting all these years. Even in life Mujahid told us that Wuhaihsi was more or less a ceremonial figurehead within AQAP, with Raymi pulling the real strings.

Was Wuhaishi’s killing the ultimate power play? Could his location have been given up by a rival within AQAP or by security services loyal to Ali Abdullah Saleh?

These are incredible claims, ones seemingly unimaginable in scope and audacity. Yet given how the unthinkable always seems to prevail in today’s world, they deserve further investigation.

To that end, Mujahid has said he is willing to testify before any international organisation. Since Mujahid’s testimony in our June 4 broadcast, a Spanish prosecutor asked to reopen a criminal case investigating a 2007 AQAP attack in Yemen’s Marib province that killed eight of its citizens. Yemen’s exiled President Abd-Rabbu Mansour Hadi also issued a decree removing Ammar Mohammed Abdullah Saleh from his diplomatic posting in Ethiopia, calling for him to face a military trial. He is believed to have sought refuge in the United Arab Emirates.

A criminal investigation that vets both Mujahid and Yemeni officials named in our film may be the surest way to understand whether Raymi was a controlled asset or outright Yemeni government informant. Alternatively, given Colonel Saleh’s close relations to the American security services – during years it believed Yemen was its partner in the “global war on terror” – these may be answers the West just does not want to know.

Suffice it to say, many AQAP victims would like to know. For Nasser Wuhaishi, Anwar al-Awlaki and the many dozens of other unlucky AQAP leaders killed by drones as Raymi escaped, I suspect they might too. 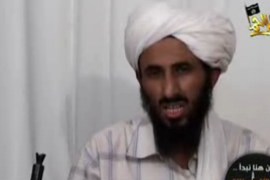 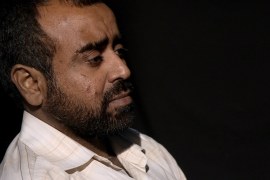 How a former al-Qaeda fighter turned informer for Yemen’s government, only to conclude it was duping Washington. 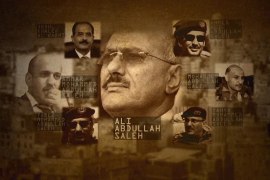