Bukhara, Uzbekistan – The body was wrapped in a worn-out carpet instead of a prayer shawl. Not a single relative entered the cemetery through its gate under an azure cupola topped with the Star of David.

But the 75-year-old woman who died in early April, two days before Passover, was buried and mourned in accordance with Jewish rites in Bukhara, an ancient city in central Uzbekistan that lies some 2,800km northeast of Jerusalem.

Bukhara was once a focal point on the Great Silk Road, a powerhouse of Islamic learning. It was also the capital of one of the world’s oldest and most isolated Jewish communities that barely survived centuries of persecution and is now facing extinction because of an exodus to Israel and the United States.

A dozen men carried the body and put it to rest among the graves, which now outnumber the entire Jewish population of Bukhara.

“There’s so few of us – we should be listed as an endangered species,” said Jura Khoshayev, the grey-bearded, 44-year-old community leader.

“We can’t always get enough people for a minyan,” a synagogue service that requires the presence of at least 10 men, Khoshayev added, pointing at seven Jewish men who gathered at one of city’s two remaining synagogues, an adobe house built in 1882, just hours after the funeral.

His remark seemed especially bitter because two of the men were Israelis, bearded and clad in black suits and hats, who had come to inspect the conformity of prayers and had brought kosher wine and matzo bread for the Passover celebrations.

The youngest man in the synagogue was Sion Matatov, a 21-year-old who wants to become a rabbi. To do this, he will have to leave for Israel or Russia because there is no yeshiva, or religious study institution, in Bukhara.

His younger sister, Angela Matatova, also expressed her plans to leave. “All our relatives are in America,” said the 16-year-old with her dark curly hair in a waist-long braid.

Less than 500 Bukhara Jews now live in the ex-Soviet nation of 31 million – a hundred times fewer than their population in New York’s Queens alone. Another 100,000 live in Israel.

Some 150 live in the city of Bukhara, where the community sees more deaths and funerals than births and weddings.

“It’s time to get my son married, but there is no girl,” Matatov’s father Daniel, complained, sitting over a dismantled watch in his tiny workshop with a black, oblong eyeglass on his forehead. “That’s the biggest problem.”

At the time of his birth, the problem did not exist. By the early 1970s, the Bukhara Jewish population reached its all-time high – nearly 40,000 lived in Soviet Uzbekistan, neighbouring Tajikistan, and other Central Asian republics.

In 1972, however, Soviet authorities began allowing repatriation to Israel. For the first time in centuries, Bukhara Jews were able to travel to the “Promised Land” without the risk of being enslaved, forcibly converted or killed along the way.

Historically, the Bukhara Jews were traders, craftsmen, and specialised in fabric dying. They claim to have arrived in Central Asia around 500 BC, after being taken into captivity by Assyrians.

Soviet archaeologists have found evidence of these claims in the remnants of a 2,200-year-old synagogue in what is now Turkmenistan.

They became part of a multi-confessional population where Buddhists, Zoroastrians and, later, Nestorian Christians and Manicheans lived side by side. But by the time czarist Russia conquered Central Asia, they were the only surviving religious minority.

Prior to and after the Arab conquests, the vast oasis that includes Bukhara and Samarkand was part of various Iranian and Turkic states that thrived on trade with China, India, and the Middle East, and produced such renowned scholars as mathematician ibn Sina and hadith collector al-Bukhari.

Over time, the Jews of Bukhara adopted a dialect of Persian and used the Hebrew alphabet to write poems that blended traditional Persian poetry with Biblical themes – or praised Jewish martyrs killed after refusing to convert to Islam.

From the 16th century, a Shia dynasty in Iran isolated the Bukhara Jews from other Jewish communities.

In the Bukhara Emirate, they were further isolated as the Sunni emirs were known for their cruelty – one had live coals placed under scaffolds so that the heads of executed men would grimace from the burning heat right after decapitation. They enjoyed absolute power over their Sunni Muslim subjects – and more so over the minority Shia, Hindu, and Jews.

The 10,000-strong Jewry of Bukhara “lives in utmost oppression, being despised by everyone”, wrote Arminius Vambery, a Hungarian-Jewish traveller who visited the emirate disguised as a Sufi dervish in the early 1860s – a few years before the czarist invasion.

A tax collector had to ritually slap the kalontar – a Jewish community leader – after collecting dues and an extra “life sparing” tax. Jews were prohibited from wearing silk and riding horses and were permitted to live only in three specific neighbourhoods.

Muslims used coercion and verbal tricks to convert them to Islam, but the converts – dubbed chala, “neither this nor that” – were mistrusted by both the old and new communities and lived as impoverished outcasts.

In 1793, Sephardic rabbi Yosef Maimon arrived in Bukhara to find that many religious practises were neglected and remaining copies of the Torah had only three parts. He opened a yeshiva and convinced the community to switch to the Sephardic liturgy.

Czarist Russia turned Central Asia’s rulers into vassals or annexed their lands. The Jewry of Bukhara welcomed the new rule – and benefited from it greatly.

They were listed as a “native” ethnic group. They could live where they wanted, their tax burden was reduced, they were allowed to build new synagogues, and some made fortunes on trading Russian goods and cotton.

Chala Jews were permitted to return to their faith without fear of execution.

Some young, Westernised and secular Bukhara Jews embraced the communist doctrine, and after the 1917 Bolshevik revolution, they helped Red Moscow uproot what it called the “medieval obscurantism” of Muslim ways of life.

But the Communist Party was an ungrateful partner.

In the 1920s, thousands of wealthy Jews were purged. Many crossed illegally into Afghanistan or Iran to reach British-administered Palestine.

“For teaching me, my teacher was sentenced to four years in jail,” said Aaron Siyanov, a full-bearded, 80-year-old rabbi.

After Uzbekistan’s independence in 1991, emigration to Israel and the US intensified, while Jewish organisations rushed in to educate the remaining Jews. Israeli visitors scrutinised and sometimes rejected their practises.

“When I slaughtered [a cow], they would not eat my meat,” Rabbi Siyanov recalled. “Said my [rabbi’s] certificate was from Russia, not Israel,” they would tell him.

Now, their waning days in Uzbekistan are filled with cautious optimism and relative comfort.

Relatives in the US and Israel support them financially, and for the first time in their history they can practise their faith without fear – and have their children educated at a Jewish school.

“I think we will stay on,” Siyanov said, sitting in the sunlit backyard of his house next to a huge cage filled with pigeons he breeds.

“To preserve the term ‘Bukhara Jew’, we will do whatever it takes.” 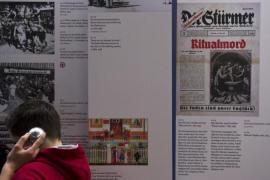 The last of the Semites

It is Israel’s claims that it represents and speaks for all Jews that are the most anti-Semitic claims of all. 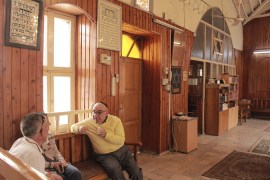 Turkey’s Jewish community longs for the past

With only 18 members remaining, Antakya’s Jewish community struggles to hold onto its rich history and culture.