Kigoma, Tanzania – In late 2014, the Tanzanian government approved a plan to offer citizenship to the 200,000 former Burundian refugees living in the country since the 1972 civil war. It is the most generous offer of naturalisation to date.

The move was lauded, as it gave refugees the possibility of full citizen rights. The move also made sense as an extension of Tanzania’s founding father’s vision for Africa.

But this is not to say that local communities in the Kigoma region always took to welcoming the refugees without some hesitation. There are some accounts that suggest Tanzanians living in Kasulu, where the Nyarugusu camp was built in 1997, held some reservations.

Similarly, not all Burundians living in Tanzania were convinced “citizenship” would solve their problems of social integration or protection in the country.

Had they not been citizens in 1970s or in the 1990s or the early 2000s when civil war and strife destroyed the lives of so many? What did citizenship offer exactly in a world carved by steep identity politics?

But still, Tanzania’s move was particularly bold. It was also progressive.

With another eruption of political violence in Burundi, it is this precise approach to refugees and asylum seekers that is being put to the test in a world of rising xenophobia in parts of Europe and nearby South Africa.

The position is tough; the Tanzanian government has admitted they didn’t expect so many to arrive.

At last count, 64,000 Burundians had arrived in Tanzania, pushing the Nyarugusu camp to 200 percent capacity. There have also been health scares. Of the 31 people who died from the recent cholera outbreak, two were Tanzanians.

The people of the Kigoma region in Tanzania has been forced to adapt to harsh realities that are usually not of their own making.

A number of people living here were forced to resettle under colonial rule in the 1930s or during president Julius Nyerere’s 1970 policy of villagisation, or Ujamaa. In the sixties, it was in Kigoma where Cuban revolutionary Che Guevara launched his Congo adventure to fight the imperialists. He returned to Kigoma after seven months: a failed mission, as he called it.

Kigoma has had to pick up the pieces of the many failures across Lake Tanganyika, be it in the Democratic Republic of the Congo (DRC) or Burundi. The DRC continues to be a toxic mix of militias and poor governance and, now, Burundi’s experiment with democracy appears ill fated.

The refugees continue to arrive. Many of them have been here already. Others are now simply following the footsteps of those who once passed. 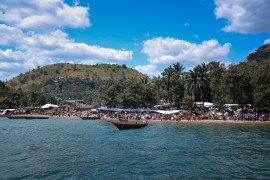 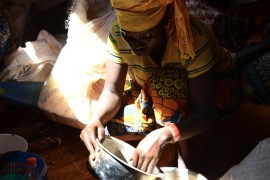 Authorities say camp now full beyond capacity will be expanded as Burundians continue to cross the border. 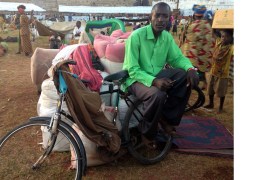