Up until India’s independence in 1947, there was once a large Jewish community in Kolkata. Known as “Baghdadi Jews,” they came from present-day Iraq and Syria in the late 18th Century.Today, this Jewish world is vanishing. Out of the city’s 15 million residents, only 20 are Jewish.

At the Jewish Girls School, almost all of the girls are Muslims. The caretakers of Kalkota’s synagogues have, for generations, all been Muslims.

Documentary filmmakers Audrey Gordon and Ben Hoffman arrived in Kolkata in December, 2014. The synagogues were not easy to find, lost in bustling central Kolkata between the vendor lines, the pedestrians, the cars, the motorbikes and the rickshaw pullers.

Fascinated by vanishing cultures and by the issues of tolerance, they decided to tell this story. 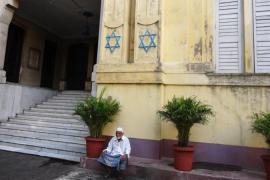 Muslim caretakers maintain three synagogues in eastern Indian city, which was once home to a thriving Jewish community. 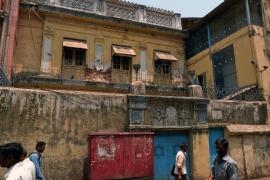 Jewish community – mainly based in Mumbai – hold onto centuries-old tradition, but their numbers are dwindling fast.