After weeks of controversy, Netanyahu delivered an emotional, campaign-style appeal to the US Congress that will give political cover for US Republicans and a few Democrats who oppose an agreement with Iran on a peace deal over its nuclear programme.

“It was a very impressive bit of political theatre,” Representative John Yarmouth of Kentucky told reporters on Capitol Hill after Netanyahu finished talking.

Yarmouth said he “resented the condescending tone that he used”, and compared Netanyahu’s “fearmongering” to former Vice President Dick Cheney.

He ridiculed the Israeli prime minister as a child who cries, “I want to go to Disneyland every day, eat ice cream every day, and not go to school.”

About 60 members of the 232 Democrat members of Congress skipped the speech and many, including several Democrat leadership figures who attended, slammed Netanyahu afterwards.

“He was trying to make people afraid and somehow say the president [Barack Obama] wasn’t doing his job,” said Representative Jim McDermott, a Washington state Democrat who skipped the speech.

Netanyahu garnered hearty applause, including 26 standing ovations, during his talk from Republicans and many Democrat lawmakers and supporters who packed the House galleries.

Netanyahu asserted that Iran and the US are destined to be enemies and the US should simply impose new, tougher sanctions on Tehran and walk away from the P5+1 nuclear talks, rather than accept a “bad deal”.

“Absent a dramatic change, we know for sure that any deal with Iran will include two major concessions to Iran,” Netanyahu said. “The first major concession would leave Iran with vast nuclear infrastructure, providing it with a short break-out time to the bomb.

“The second major concession creates an even greater danger that Iran could get to the bomb by keeping the deal, because virtually all the restrictions on Iran’s nuclear programme will automatically expire in about a decade,” Netanyahu claimed.

Analysts say the problem with Netanyahu’s concerns is two-fold. There can be no deal with Iran that requires it to give up its nuclear capacity as a practical matter. Under international law, Iran is entitled to pursue civilian nuclear power and has already refused demands that it do so as a non-starter in the talks – a position supported by other nations in the talks: France, the UK, Germany, China and Russia in addition to the US.

Secondly, Iran is a signatory to the 1970 Non-Proliferation Treaty, under which it is prohibited from obtaining a nuclear weapon. So even if a P5+1 agreement were to expire, it would still be subject to inspections and obligated not to develop weapons.

Obama had refused to meet Netanyahu on his visit to Washington and publicly rebuked the Israeli prime minister for playing electoral politics. Speaking to reporters in the Oval Office after reading the transcript of the speech, Obama said there “was nothing new” in Netanyahu’s speech and the prime minister had failed to offer any “viable alternatives”.

“I was deeply troubled,” said Dick Durbin, the No 2 Democrat in the Senate who said he attended the speech “out of respect for Israel and our common purpose of denying nuclear arms to Iran”.

House Democrat Minority Leader Nancy Pelosi said afterwards she “was near tears” and “saddened by the insult to the intelligence of the United States” and the “condescension”.

Nevertheless, Senate Republicans quickly moved forward with a bill that Democrats and the administration say is designed to scuttle the talks.

Senator Bob Corker, the Republican chairman of the Senate Foreign Relations Committee, has introduced legislation that would require Obama to submit any nuclear deal with Iran to Congress for an up-or-down vote.

Within hours of the conclusion of Netanyahu’s speech, Senate Majority Leader Mitch McConnell placed Corker’s bill on the Senate calendar for future action.

It’s unclear whether the majority Republicans would have enough votes from Democrats to override a likely veto by Obama, given the anger that Netanyahu’s speech appeared to generate.

Senator Barbara Boxer, a California Democrat and key ally in Congress for Obama on Israel, told Al Jazeera she thought Netanyahu’s speech did not convey a logical message and, in fact, prejudged an agreement that hasn’t been reached, much less submitted to Congress.

“What I didn’t frankly understand was his conclusion, because he had three different conclusions,” said Boxer, who attended the speech.

“One is this isn’t a good deal. Two was we should negotiate for a better deal. And three you can’t really negotiate with Iran, so I didn’t come away with the point that he was trying to make.”

Boxer is working with conservative Republican Senator Rand Paul, a potential 2016 presidential contender, on a bill that would split congressional advocates of tougher sanctions on Iran. The measure would provide that Congress could vote quickly to reimpose sanctions if Iran were to violate any future nuclear agreement.

The Obama administration has estimated Iran has lost more than $200bn in potential oil revenue and other funds since the P5+1 negotiations began in 2012 because of ongoing sanctions. By negotiating a nuclear deal, Iran seeks relief from those sanctions.

Iran says it does not plan to build a nuclear weapon. Israel, meanwhile, is suspected of having a significant undeclared nuclear arsenal.

Iran’s Vice President Massoumeh Ebtekar said Netanyahu was trying to derail the negotiations with his speech to the US Congress.

“I don’t think it carries much weight. Well, they’re [Israeli government] making their efforts to somehow derail the deal, but I think the more logical lobbies on both sides are looking forward to a solution,” Ebtekar said.

Boxer said the details of any agreement are what matters.

“What will sway the Congress is only one thing – the deal,” Boxer said. “We can make up our own mind on the deal, and I think it’s premature for anyone to say this is a bad deal or a good deal. I don’t know if it’s good or bad or middle, because I haven’t seen it.”

Collina said it is crucial that the nuclear agreement with Iran be pursued.

“The emerging deal looks pretty good. It would be a tragedy to walk away from it for some fantasy promise that doesn’t exist,” said Collina. 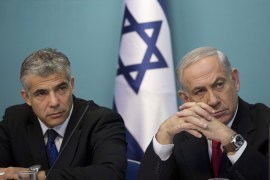 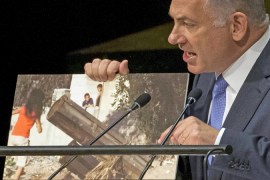 Israel’s prime minister describes Iran, ISIL and Hamas as part of a single team, and compares them to Germany’s Nazis.