Hours after Israeli Prime Minister Benjamin Netanyahu gave a speech at the American Israel Public Affairs Committee (AIPAC) conference on Monday, those who were leaving the venue for the night were greeted by dozens of chanting protesters.

Some of the protesters said they were of Palestinian descent, but others were Jewish.

It was this second group that surprised many of those exiting the AIPAC conference.

Jacob Weisfeld of ‘Texans for Israel’, said he “didn’t expect to see any Jews out here protesting at all. I expected to see more people with Palestinian flags talking about the occupation”.

One of the protest organisers was Rabbi Yisroel Dovid Weiss of Neturei Karta International, who told DC Dispatches he was out protesting because he said he wanted the world to know that, while Netanyahu and others inside AIPAC use symbols like the Star of David, “they do not represent in any way, shape or form, Judaism”.

He drew a distinction between Jews and Zionists, and said he was protesting the Zionists who have taken land from people that they end up vilifying.

DC Dispatches spoke with Rabbi Eric Solomon of the Beth Meyer Synagogue in North Carolina, an AIPAC attendee, who encountered the protesters as he left.

Solomon said he respects their right to protest, but that the vast majority of Jews see “Zionism, the idea that Jews have a right to a state – to live in peace and security – as fundamentally part of what it means to be a modern Jew”.

He stressed that debate about settlement building, a two-state solution, and even the current leadership in Israel, is all legitimate, but that “to be a Jew today – an active, proud Jew – means to be a Zionist”.

More protests are expected when Netanyahu addresses a joint meeting of Congress on Capitol Hill on Tuesday. 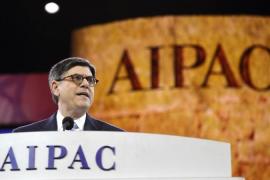 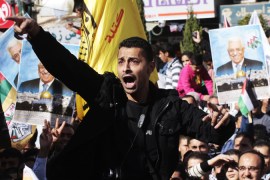 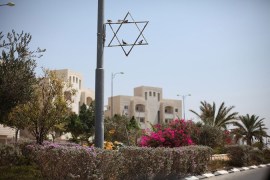 Israel: A dream, for some

Matthew Cassel embarks on a personal journey to discover if it is possible to be both Jewish and a critic of Israel.