Ten years ago, on February 14, 2005, three young American men registered a website name with the idea of sharing videos online. Little did they know their creation YouTube would go on to be worth billions of dollars and become one of the most profitable and influential sites on the web.

Chad Hurley, Steve Chen and Jawed Karim were former employees of online payment company PayPal. The idea behind the site came to them after they became frustrated at not being able to easily find video clips online.

The elephants at San Diego Zoo starred in the first video ever uploaded on YouTube. Dozens of others followed.

The idea that anyone, anywhere, could share their videos online caught on. Just over a year later, 65,000 videos were being uploaded each day. YouTube barely stayed online as traffic to the site soared and its videos were being watched more than 100 million times a day.

No surprise then when, in November 2006, co-founder Chad Hurley made an announcement.

“Today we have some exciting news for you,” he told supporters on a video on the site. “We’ve been acquired by Google.”

Seventeen months after first going live, YouTube was bought by Google for $1.65bn.

“Google has this very large scale infrastructure for content delivery,” said Nishanth Sastry, a lecturer in Informatics at Kings College London. “It’s something they scaled up shortly after they bought YouTube, but YouTube would not have been able to do it if it was just a single startup run by a few guys.”

It's really reduced the barrier for entry for anyone to go build an audience and monetise.

Google had seen the potential of online video sharing, not just as a source of advertising revenue but also as a platform that could democratise the production and distribution of video.

“No longer do people have gate-keepers – radio stations, TV networks and movie studios – to get the word out about content they have created,” said Brendan Gahan, digital video specialist at EpicSignal. “Instead anyone can create something and distribute it to the world.”

From the ramblings of Swedish online video personality PewDiePie to the comic performances of Miranda Sings to the real-time game commentary of Stampy Longhead, a new generation of online stars have found their audience. One billion people now visiting the site each month. Paid advertising and YouTube’s revenue sharing system means some content producers are now making millions of dollars each year.

“Once they have built an audience they can go create merchandise, do brand deals, do concerts if they want to,” Gahan said. “It’s really reduced the barrier for entry for anyone to go build an audience and monetise.”

Musicians have cashed in too, with the website becoming an important source of revenue, while also exposing artists to new fans.

YouTube has also seen a wide variety of educational, religious, and charity groups post lectures, guides and tutorials. The Khan Academy aims to provide “a free, world-class education for anyone, anywhere” and has had over 500 million views. It boasts 15 million online students.

More than 300 hours of video are now uploaded to YouTube every minute, making it difficult for the company to stop violent, sometimes explicit, videos being posted.

“This is the challenge as well as the opportunity of user generated content,” according to Sastry. “You can have this huge platform where anybody can upload anything, which can have huge positive net value, but also some negative net value as well. We’ve never been good at dealing with new technology and we will learn.” 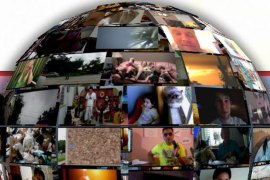 Al Jazeera Science & Tech Editor Tarek Bazley looks at the week’s top stories from the world of science and technology. 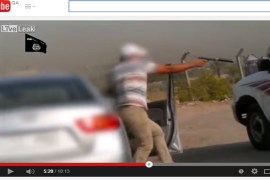 Screening the almost 300 videos uploaded every minute would be like pre-screening phone calls, Internet firm says.