By Gabriel Elizondo and Lucia He

Washington, DC, United States – When Jenny Tang first moved to the United States from China in 1999, a stroll in Washington, DC’s Chinatown meant having breakfast at an old porridge stall, buying traditional ingredients such as Chinese cabbage at the local supermarket, and chatting with the many Chinese families that formed the neighbourhood’s tight-knit community.

She chose to live in the ethnic enclave because she wanted to retain a cultural connection to her homeland.

“Most people living here emigrated from China and stayed in Washington ever since,” Tang said. “Some people have lived here for 18 years, some people have been here for over 20 years. At first Washington’s Chinatown had grocery stores, traditional breakfast stores, snack stores.”

But most of that is now gone. At the heart of Washington’s Chinatown, around H and 7th Streets, there is now a Starbucks, a fast-food Mexican restaurant, a bohemian clothing store, and a Hooters restaurant, where scantily clad waitresses on roller skates serve mostly burgers and alcohol to customers.

Tang, a single mother of two girls, is one of the few remaining Chinese residents in the neighbourhood.

At its peak, Washington’s Chinatown was home to about 3,000 Chinese people, but now there are only about 300 left. And this number may soon be cut in half: The apartment Tang lives in houses 150 Chinese immigrants and Chinese Americans, but is soon to be demolished and replaced by luxury condominiums.

Tang and the others are being evicted, as none of them can afford the asking price of $800,000 per apartment.

“Most of the Chinese people that live here, we all have jobs, but we don’t have as much money as others. But every day, every month, we pay our rent on time,” said Tang. “We feel it’s not fair. DC developed and you are kicking us out. Why didn’t you kick us out before?”

Chinese immigrants first settled in large numbers in the United States in the mid-1880s, when an estimated 150,000 landed in California to work in the gold mines. They established the first Chinatown in San Francisco.

As they spread out across the country, other Chinatowns popped up in Los Angeles, Chicago, Boston, Philadelphia, New York and other cities.

Now many of these Chinatowns are facing the pressures of gentrification – the process by which more affluent individuals move into lower-class neighbourhoods as demand for housing rises, causing rent to become more expensive. That has meant more whites living in Chinatowns and fewer Chinese.

According to the Asian American Legal Defense and Education Fund, a national organisation that seeks to protect the civil rights of Asian Americans, the number of white people living in the Chinatowns of Philadelphia and Boston more than doubled from 2000 to 2010.

In San Francisco, dozens of Chinese families are facing eviction from their affordable housing. They claim that building owners want to rent out the apartments to the young professionals flooding into the city.

Peter Kwong is a professor of Asian American studies and urban affairs at Hunter College, who has researched Chinatowns for more than 40 years. He said that of the 15 biggest Chinatowns in the US, only three continue to be thriving, authentic places where Chinese people live and work.

“A Chinatown is not just where the people reside. Chinatown is a place where social networks, economic fabrics have been built,” Kwong said. “New immigrants come, want to adjust, want to find a job, want to know how to fund a business. And the information, the material, the supplies, all these things come from a place like Chinatown.”

The development of cities has been pressuring Chinese communities to move out of the neighbourhoods where they have been living for decades, according to Kwong.

“[They are] the people that have been here for a long time, have seen the city through tough times. Now that their neighbourhoods are becoming popular places, they’re being told they have to leave. They’re being priced out,” said Sam Jewler, a community organiser in Washington.

What remains of many Chinatowns – like the quintessential Chinese gate or the crowded souvenir stores – is mostly for tourists.

“Once [gentrification] happens, rent goes up, and the Chinese move out,” Kwong said. “But the Chinatown that remains becomes a tourist [destination]. All the cities want to develop, they say, ‘Hey, we got something different, we have a Chinatown’. But by that time Chinese are gone, and all you have is this image of the exotic.”

OPINION: By any beans necessary, Starbucks and race

While only a fraction of the United States’ original Chinatowns remain, those still standing are putting up a fight against gentrification. Last month, dozens of people marched in New York to demand that local officials halt plans to build a 68-storey luxury apartment in Chinatown.

In San Francisco, the city’s first Asian American mayor responded to protests against gentrification by halting the eviction of dozens of Chinese families from their affordable housing.

In Washington, Tang and the other residents of her apartment are taking the development company to court, but it appears unlikely that they will be able to stay.

Tang fights back tears at the thought of having to leave her neighbourhood, even if her Chinatown – like so many others across the US – today bears little resemblance to the one she once knew. 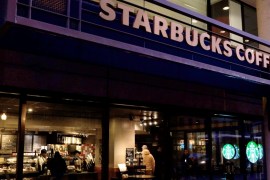