But in August, Tajikistan’s Justice Ministry decided to dissolve the IRPT citing a purported lack of membership.

The move came months after a parliamentary vote that the OSCE said “failed to provide a level playing field for candidates”, and which ousted the IRPT from the legislature for the first time in the party’s history. The party’s 58 regional branches were shuttered.

One month later, at the request of the state prosecutor, Tajikistan’s supreme court classified the IRPT – the country’s most prominent opposition party with some 40,000 active members – as a terrorist group.

The Tajikistan government blames the IRPT for a deadly attack in September, and alleges it shares the same goals as groups such as the Islamic State in Iraq and the Levant (ISIL).

But analysts dismiss these claims and say the crackdown on the party threatens the entire order upon which modern Tajikistan was built following the country’s 1992-97 civil war.

Tajik officials did not respond to requests for comment.

“With the IRPT banned, the 1997 peace deal has ceased to exist,” said Edward Lemon, a doctoral candidate at the University of Exeter who has written extensively on Tajikistani politics. “Although there are a few independent parties in Tajikistan, the country is now a one-party state in all but name.”

The 1997 peace accords between the government and opposition forces granted the latter 30 percent of the seats in government. But the government gradually impinged on the IRPT’s representation.

Beginning in 2010 when it  began seizing IRPT documents and computers, the government has led a steady campaign against the party, culminating in this year’s banning of the Islamic Renaissance Party of Tajikistan.

Other opposition parties have also been stifled. Following businessman Zayd Saidov’s decision to form an opposition party in 2013, a Tajikistan court sentenced the former minister to 26 years in prison. The relatively insignificant Group 24 was banned in October 2014.

But neither of these parties carry the breadth or the import of the IRPT. It was the only moderate Islamist party active in the region, with one-party dictatorships ruling Turkmenistan and Kazakhstan and religious parties banned in Kyrgyzstan and Uzbekistan.

The IRPT has long maintained a centrist, moderate track, going so far as to back a female candidate in the 2013 presidential election.

Within Tajikistan, the party was also an outlet for Islamic expression within an increasingly restricted public space. Today, minors are barred from visiting mosques, there are new regulations on who may make the pilgrimage to Mecca, and even claims of forced beard-shaving.

“The hijab has been banned in public and education institutions and been publicly denigrated by various politicians. Children are no longer allowed to attend religious ceremonies and visit mosques, with the exception of funerals, and private religious education has been outlawed,” Hélène Thibault, a Central Asian researcher at the University of Montreal, told Al Jazeera.

Now, following the government’s crackdown on the IRPT, “it’s [possible] a more radical branch will emerge in the future which could lead to a more vicious conflict”, she said.

While the OSCE and UN have both called Tajikistan’s government to task, Western governments have remained largely mum on its heave into one-party autocracy.

The US embassy in the capital, Dushanbe, issued a statement to Eurasianet.org expressing concern, but only after the IRPT’s disbanding was all but complete. This statement did not appear on the US embassy’s website or Facebook page, and the embassy did not respond when asked why this was the case.

The Taliban’s recent takeover of Kunduz, near the Tajik border, stoked old fears of an Islamist spillover into Central Asia, all the more so after the former head of Tajikistan’s elite police force, Colonel Gulmurod Khalimov, absconded to join ISIL earlier this year.

RELATED: The Taliban’s days are almost over

Additionally, a recent assault in Dushanbe sent shudders through the country’s establishment. In early September, Deputy Defence Minister Abduhalim Nazarzoda led a small band of gunmen against governmental forces. More than two dozen died in the attack with authorities needing almost two weeks to track down and kill the former minister.

Despite a dearth of evidence, Tajikistan’s President Emomali Rakhmon, who has helmed the country since the civil war, immediately tied Nazarzoda’s backers – whom he described as “terrorists with evil consciences … pursu[ing] the same goals as Islamic State” – to the IRPT.

Soon thereafter, the government detained the party’s leadership, claiming they were responsible for Nazarzoda’s assault, laying the deaths at the feet of IRPT leader Muhiddin Kabiri.

“We’re not only going to have a one-party system [in Tajikistan] but also the absolute power of one person,” Kabiri, who fled the country last June, told Al Jazeera. “Nazarzoda’s mutiny was a good excuse to blame the party and close it.”

Yet Nazarzoda was not a member of the IRPT, and analysts say the party had little reason to spur an intra-governmental coup.

The “incident does not appear to be a coup but a successful attempt to expunge a former commander who had fallen out of favour”, University of Exeter Associate Professor John Heathershaw, an analyst on Tajikistan’s politics, told Al Jazeera.

“[Nazarzoda] saw it coming, rebelled, and was resoundingly defeated… The regime’s account that Muhiddin Kabiri and the IRPT leadership planned a coup … is completely implausible.”

With the IRPT effectively demolished, Tajikistan has joined its Central Asian neighbours, Kyrgyzstan excepted, as one-party states. But although Rakhmon may claim victory, some Tajikistan observers say his success may be pyrrhic.

“The authorities have … shattered all possibilities of a political resolution of the matter,” Thibault said. “It’s the unequivocal end of the inter-Tajik dialogue that brought peace in Tajikistan 18 years ago… The future looks worrisome.”

Heathershaw said he fears the government’s decision will be a boon for radical Islamist groups recruiting in Tajikistan.

“If we do see [an Islamist] cell emerging,” he said, “it will not be caused by societal radicalisation, but by a reaction to state policy”.

Or as Kabiri said, in Tajikistan today “the authorities are acting on the principle of ‘whoever is not with us, he is our enemy'”. 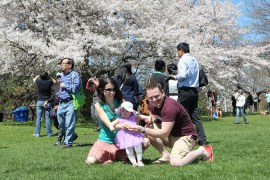 Alexander Sodiqov, a student arrested for treason in Tajikistan, has been released – but charges have not been dropped. 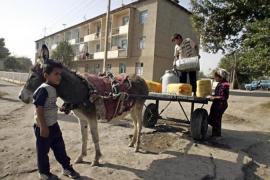 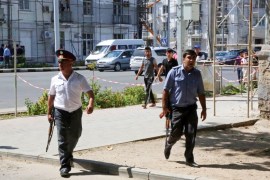