Al Jazeera says it can categorically state that Egyptian authorities are deliberately jamming its satellite signals and forcing it to change frequencies so viewers can tune in.

The Qatar-based broadcaster has been forced to change frequencies several times to allow viewers to continue to watch the network’s news and sport channels.

Al Jazeera announced on Tuesday that independent experts had determined on the basis of extensive investigation where the jamming was emanating from and were confident about both the locations and who is responsible.

Trackers have pinpointed locations east and west of Cairo, and specifically identified military installations as the source of the satellite interference.

After the military takeover in Egypt on July 3, Al Jazeera became one of several media outlets that have come under increasing pressure.

Its offices have been raided a number of times and its journalists arrested.

Egyptian authorities deported on Monday three members of a TV crew working for Al Jazeera English, the sister channel of Al Jazeera’s Egypt channel, Al Jazeera Mubasher Misr, after they were detained for nearly a week and accused of working illegally.

Al Jazeera, in its announcement on Tuesday, said its team of experts had identified one source of jamming on the Cairo-Alexandria Desert Highway, west of the capital.

The site is in desert land and close to Al-Natrom Valley prison.

A second location identified is in Cairo’s east along the Cairo-Suez highway. The site where the jamming appeared to be originating from includes a large military installation annexed to a building equipped with satellite antennas and a telecommunications tower.

The investigators found that jamming from that location began on July 7 and was focused on Al Jazeera’s Nile Sat frequencies. The interference is continuing.

One more jamming source appeared to be located along the Cairo-Suez highway. The area, satellite images show, is an exclusively military zone.

The location lies on the junction between Airport road, El-Thawra street and El Mergheni Street.

Numerous military installations are located in that area, including the military intelligence headquarters, the army’s public-relations department and its orientation department.

Since the overthrow of President Mohamed Morsi, several television stations in Egypt have been shut down and international journalists have been detained and beaten.

In the latest move. Al Jazeera Mubasher Misr and three other TV stations were ordered on Tuesday to cease broadcasting.

Egypt’s state news agency quoted authorities as saying that the stations were being operated illegally.

Al Jazeera’s local offices were raided after Morsi was deposed, and 28 staffers were detained. They were later released.

Egypt’s new government has accused Al Jazeera Mubasher Misr of bias in its coverage of the political crisis in the country.

The station denies accusations of bias and says it carries no torch for any political party. 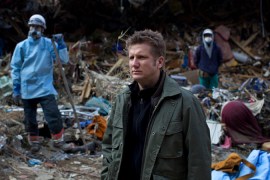 Four-man team set free after being detained for five days without charge, as three other staff are still in custody. 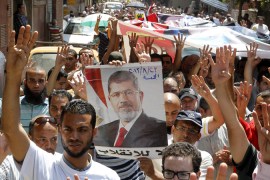 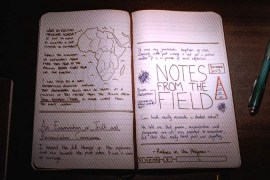 The quiet, hidden and untold stories behind global headlines in the September issue of our digital magazine. 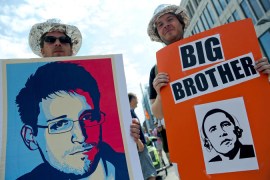