Tunisian Mohamed Bouazizi set himself and his nation on fire, Wael Ghonim created a Facebook page in honour of a man killed by the security services and sent millions pouring onto the streets of Egypt, and Iman al-Obeidi risked her life to tell the international media that she had been gang-raped by the Libyan army. There have been a lot of inspiring stories coming out of North Africa and the Middle East recently.

But long before these revolutions began, Ramzi Jaber was searching out inspiring stories from Palestine – intending to broadcast them to the world on April 16.

Jaber, a 25-year-old Palestinian, wanted to “show a different side” and offer a “different view” of Palestine.

“When people hear Palestine they immediately think of conflict and violence and they think of talks, and actually on the ground [that] has no bearing on what’s happening,” Jaber says.

He intends to put that alternative view on display during a one-day event in the West Bank called TedxRamallah, which will showcase inspiring stories from Palestine.

Speakers include a Harvard professor promoting a revolution in education, an architect trying to preserve Palestine’s heritage and a young entrepreneur trying to create jobs and green energy. Alice Walker, the first African-American woman to win a Pulitzer Prize, will also be speaking.

The brand Tedx is an offshoot of the global conference series TED. At TED, innovators and leaders, often from the disciplines of technology, entertainment and design, give an 18-minute speech about their (and this is Ted’s tagline) ‘ideas worth spreading’.

Past speakers include Microsoft founder Bill Gates and Al Gore. It is where Gore first gave the slideshow presentation on global warming that went on to become the film An Inconvenient Truth.

And since TED started putting its talks online in 2006, it has struck a chord with the global community; over 300 million people have downloaded them.

TedxRamallah will have live link ups with simultaneous events in the capitals of Lebanon and Jordan. And it will be livestreamed over the internet to more than 20 cities around the world.

Jaber wants to give a global audience an alternative to what is seen in the news – no armed militias, no rockets, no downtrodden people and no endless and fruitless peace talks. “Instead of talking about Palestine via the media or the news or [Palestinian negotiator] Saeb Erekat, you will hear about people on the ground, Palestinians succeeding and achieving against adversity,” he says.

TEDx events are independently organised, but supported by TED. There have been more than 1,400 such events in 98 countries over the past two years. But TedxRamallah is the first to be held under occupation.

Jaber, who gave up his job in Dubai to move to Ramallah, has been working full time on the event for almost a year. Everyone involved is an unpaid volunteer, spurred on by the chance to make a positive contribution to their society.

Khaled al-Sabawi, who will be speaking at TedxRamallah, moved to Ramallah from Canada, where he had lived since he was three.

“I am the son of Palestinian refugees. My Canadian passport is the only form of ID I have,” he says. “When we came to Canada we were stateless. But we were fortunate to go there. If Palestinians who have access to the best education and the best standards of living, if we don’t come back and try and build a new society, who will?”

Al-Sabawi started MENA Geothermal, the first company to design and install a commercial geothermal system in the Middle East and North Africa region. But, he says, it is challenging: “Israel makes it very hard for people to come in and to stay in long enough to do good.

“But I see a growing number of people that I see refusing to capitulate, and they want to stay and they want to help out. But it’s only afforded to Palestinians with Western passports. Palestinian refugees that grew up in the Gulf states or in the rest of the Arab world are not allowed to come in.”

There are the additional problems of competition from the booming aid community, which makes it hard to find good employees at realistic salaries, and crippling bureaucracy, which al-Sabawi puts down to “sheer ineptitude and ignorance”. “The Palestinian Authority has not been supportive whatsoever,” he adds.

But despite that – and the fact that he misses “the normalcy” of Canada – al-Sabawi intends to stay in Ramallah. He sees TedxRamallah, and its online second life, as a way to give his story credibility.

TedxRamallah’s organisers are well aware of the power of technology and how the talks can resonate beyond the one-day event.

Yara Shaban, who designed Jordan’s first self-driving car as an undergraduate project, is organising the event in the Jordanian capital, Amman. She is interested in how accelerated technology can be used to solve the world’s problems.

“The main thing is the synergy. When you communicate ideas you don’t know what might happen, the collaboration that might come. If you believe in the idea that you have to have an open source, you can share information, share ideas. It is a way for us to say that we can actually make good things with these ideas somehow in the future.”

One of those ‘good things’ might be her automated car. The 27-year-old wants to further develop and test her prototype in the hope of making Jordan’s roads safer. “So many people die every year and it’s mainly due to human error,” she says. “That’s what TedxRamallah is about – bring[ing] people to share theories, ideas and knowledge. If you could just ignite one idea in one person, I think the whole event will be worth it.”

The global TED conference has a prize that encourages its audience to work on collaborative projects.

Since day one, TedxRamallah organisers have been using social networks to build awareness and find collaborators. The event even has a social media strategy, devised by Dubai-based company, Xische.

In Lebanon, Joumana al-Jabri has a team planning to tweet about the TedxRamallah event at the Sunflower Theatre in Beirut. The audience will watch some of the talks from the main event, but will also have their own talks and performances.

One of the speakers in Lebanon will be livestreamed back to the main event in Ramallah. Amal Chahabi will talk about how a community of women rebuilt their Palestinian refugee camp brick by brick after it was destroyed by Israel in 1982 and their men were imprisoned.

Al-Jabri has already created an offshoot website, Palestine Stories, as a way to sustain the impact of the one-day event. She hopes that collaborations and connections made through the process of organising the event will lead to other opportunities for Palestinians, who are widely discriminated against in Lebanon.

More than half of the Palestinians in Lebanon live in refugee camps – a higher percentage than in Jordan, Syria or the Palestinian Territories – and al-Jabri says: “Most Lebanese … have not stepped into any camp and there are 12 camps in Lebanon. When you walk into a camp, you definitely feel in an entirely different world. People there are separated from Lebanon.

“You have to pass through an army checkpoint to get into the camps, although the army themselves are not allowed in.”

But while the organisers of TedxRamallah hope to encourage social change, all Tedx events are distinctly non-political. Jaber will barely comment on the challenges of holding an event under occupation and remains resolutely upbeat, even when asked about TedxRamallah being held, not in Ramallah as the name suggests, but in Bethlehem.

The original venue in Ramallah was not ready in time, and while Bethlehem is only 45 minutes away from Ramallah if you travel through Jerusalem, around 90 per cent of Palestinians in the West Bank do not have ID that allows them to enter Jerusalem. The journey for them will take at least twice as long, with the potential for further hold-ups at a checkpoint en route. But, Jaber says, at least the road has been paved recently, so it is not as dangerous.

Suad Amiry, a speaker at the event, says there is a joke in Palestine: “We buy cars with only two gears, because by the time you get into third gear you get to an Israeli checkpoint.

“It makes Palestinians isolated from one another,” she says, adding: “Ted is a very good platform to make Palestinians connected to each other in Palestine and in the diaspora.”

Amiry is an architect who founded an organisation called Riwaq to protect Palestinian culture. She is also the author of a memoir called Sharon and my Mother-in-Law.

But in some places, being political can be dangerous. Houssem Aoudi curated two TedxCarthage events – one in September 2010, the other in March 2011. In the time that passed between the two events, a revolution overthrew the Tunisian leader, Zine El Abidine Ben Ali.

Aoudi says: “The first one was a kick to tell people that you do not have to wait for something, you have to search for it yourselves.

“When I got to the venue, I gave my girlfriend the number of two lawyers and said ‘this afternoon I will be in prison’. She was very afraid. And I cried onstage in front of 400 people, there was a lot of emotion.

“It was about sharing ideas, you can have a point of view that is not yours, but we can express it without fighting. But the old regime told us the people are stupid.”

A few months later, one of the other organisers was arrested. Blogger Slim Amamou is now part of Tunisia’s interim government.

Bruno Giussani, Ted’s Europe director, attended the second TedxCarthage event. “Many of the people involved in organising TedxCarthage were in the streets in January and played roles in the revolution. We consider it an honour that they felt the need to gather several hundred people to discuss the theme ‘Imagine History’ and did so under the label Tedx,” he said.

“It means that we have been able to create a space that’s felt and trusted as neutral, not affiliated with any party, government, corporation, religion or ideology.”

Since the beginning of 2011, there have been Tedx events in Egypt and Saudi Arabia and April will also see events in Syria and Sudan, as well as TedxRamallah.

Amiry says: “I want to share my experience with young people: That being over 50 is really the best part of life; that Israel has limited our dreams, but sometimes the best things come out of pain; that we can still fulfill our dreams and the revolutions in Tunisia and Egypt show how the impossible became possible.” 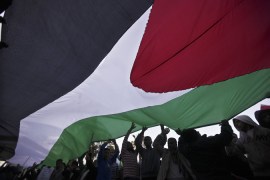 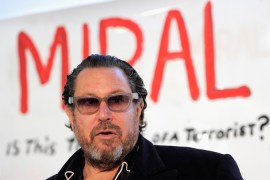 Despite its flaws, ‘Miral’ marks the first time anyone has tried to tell just a Palestinian story in Hollywood. 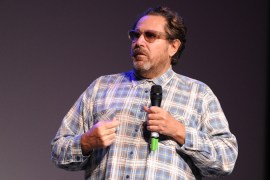 Who is afraid of Julian Schnabel?

Jews who embrace narratives other than those sanctioned by the pro-Israel community often inflame others. 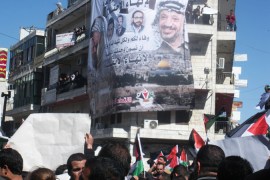