One of four Al Jazeera journalists detained by Libyan forces has been released after a bizarre turn of events that saw the team being arrested, freed and then rearrested.

An Al Jazeera spokesman said that the network is “glad to see the end of the ordeal that Lotfi unnecessarily went through” while calling for the immediate release of his colleagues.

“We are extremely grateful for all the sincere and generous efforts of heads of state, diplomats as well as legal, human rights, media and press freedoms organisations from around the world to secure the release or our colleagues.”

Lotfi, along with Ahmad Val Ould Eddin of Mauritania, Ammar Al-Hamdan of Norway and Kamel Al Tallou of Britain, was freed once before.

The men were initially detained on March 19 near Zintan, in the country’s northwest. They were released on March 31, only to be rearrested later that same day.

After they were freed on March 31, Al Masoudi, gave an interview to a Tunisian radio station, saying that he and his colleagues had been treated well.

The three non-Libyan nationals met with their respective ambassadors in Tripoli to plan their departure for Tunisia the following day.

But all four men were rearrested just hours later, with Libyan authorities providing no information on why the journalists were rearrested or where they were being held.

Other foreign journalists detained in Libya, such as two BBC correspondents, who were also detained and released, have spoken of rough treatment that includes beatings and mock executions.

Reporters from The New York Times and AFP news agency are also among those who have either been detained or are missing since the violent conflict between pro-democracy rebels and Libyan leader Muammar Gaddafi’s started in February.

The Committee to Protect Journalists has recorded at least 60 attacks on journalists in the North African country since the start of the unrest, with 33 documented arrests and two fatalities, including Al Jazeera cameraman Ali Hassan Al Jaber, who was shot covering a protest 50km outside Benghazi. 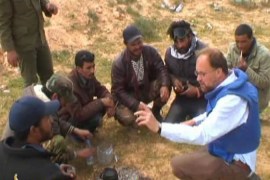 Al Jazeera meets some of Libya’s ill-equipped, untrained opposition fighters near the frontlines. 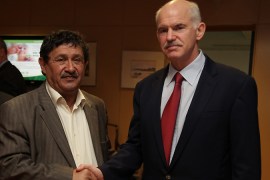 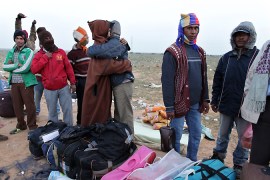 Bodies of some 70 Eritrean asylum seekers fleeing the conflict are reported to have been found off the coast. 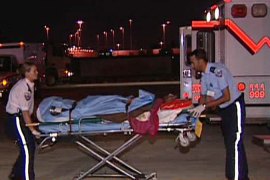