As massive protests rocked neighbouring Egypt, the Sunday edition of a popular Hebrew-language daily announced the arrival of “the New Middle East”. While most Israelis are not ready to make such bold claims, they are keeping a close eye on Egypt, watching with a mixture of excitement, admiration, uncertainty and fear.

It is widely understood here that a change of guard in Egypt could bring about a seismic shift in regional politics – and some worry that this might upend the uneasy peace between Israel and Egypt, never mind the treaty that the two signed in 1979 – so it is unsurprising that few Israelis are indifferent.

But interviews revealed something shocking: Some Jewish Israelis, fed up with the stalled peace process and frustrated with the status quo, said that they hope to see an uprising similar to Egypt’s sweep through their own country.

Amongst them is a 33-year-old Jewish Israeli woman who lives in Tel Aviv and works in education. When asked if anti-government protests – which began in Tunisia and have spread to Egypt, Jordan and Yemen – might erupt here, she answered: “We’re far from it. And I say this in happiness and sadness.”

She explained that watching events unfold in Tunisia made her value Israel’s stability. But, she added, “I think the appropriate thing here would be a revolution.”

What the interviewee calls Israel’s “hidden dictatorships” – political wheeling and dealing that gives the religious right a disproportionate amount of power and allows the Jewish settlers to keep on building illegally.

Rita, a 38-year-old housewife who asked to be identified by a pseudonym, remarked of Egypt’s protests: “I wish that we had people that would go out to the streets like that.”

‘God will protect us’

But these women are, admittedly, part of the minority.

Speaking of the unrest in Egypt, Ron Chayek, a 35-year-old website manager, said: “What do I care if they’re dying or killed?”

“The only problem it’s going to give us is [in regards to] peace. But, otherwise, let them kill themselves.”

Unlike interviewees who fear that a new government in Egypt might mean a new war for Israel, Chayek is not concerned. “You look in the sky,” he said, pointing up, “and I’m speaking 100 per cent serious. He’s going to take care of us.”

Chayek, who seems proud that he served in the Givati Brigade, an infantry unit that was active in the Gaza Strip during Cast Lead, added: “They’ve attacked us many times before, the Arabs, and we’ve managed to defend ourselves. God protects all the time – God and the army.

“I’m not worried at all. If the people in Egypt want to kill themselves,” he shrugged. “You write in Al Jazeera that Ron Chayek said ‘a good Arab is a dead Arab’.”

Meir Nabat, the 53-year-old owner of a restaurant equipment store and an enthusiastic Al Jazeera fan, felt a deep sympathy for the Egyptians.

While some Israelis have expressed concern that extremist groups could use the unrest in Egypt as an opportunity to seize control of the country, Nabat remarked: “I think the young guys with Twitter and Facebook won’t let it happen. They aren’t suckers.”

Nabat doubted that Israel would see protests like those in Egypt. Both Jewish Israelis and Palestinian citizens of the state are too comfortable financially, he said. “But in Jordan, yes, because it’s a domino effect.”

Eyal Zisser, the head of Tel Aviv University’s Department of Middle Eastern and African History, answered: “I don’t know. It’s a good question and I have no answer for that.”

What Zisser and a slew of Israeli op-ed writers seemed certain of, however, is that the protests signal “the end of an era in Israeli-Egyptian relations”.

“It will not be the same, no doubt about it. The optimistic way of thinking of it is that it will be much colder,” Zisser said, adding that a new regime might sever all ties with Israel.

Mubarak: ‘Friend of the West’

A 28-year-old student, who preferred to remain anonymous, is concerned about the unrest in Egypt because the Israeli media tells him that it pleases Iran.

“I read that Iran is supporting the protests in Egypt because in 1979 there were protests like this in Iran and that’s how the Islamic government came in,” he said. “And I don’t think that’s what the [Egyptian] protesters want.”

“It wouldn’t be good for us,” he added. “Mubarak is a friend of the Western world.”

He emphasised that he trusts the Israeli media only “to a limited extent”.

When asked if he is worried that the anti-government protests and unrest could make their way to Israel, the student answered: “It’s possible that it will happen but I’m not scared.”

“Because they won’t arrive to Tel Aviv,” he said, with a laugh.

If there is one feeling that seemed to unite all of Israel’s citizens – Jewish and Palestinian – it is uncertainty.

Anat, a 44-year-old woman who works at a toy store in Jaffa (or Yafo), commented that the protests in Egypt are “really scary because what will become of the peace with Egypt? That’s what I’m thinking about all the time”.

A middle-aged Muslim housewife joined the conversation, adding: “I hope there won’t be a mess here. That’s all I hope.”

A Muslim man who owns a small shop in Jaffa and preferred to remain anonymous, explained that he was speaking not for himself but for “a lot of people who think like me” and are excited about the protests.

And what about here? Will the people rise?

He laughed. “I don’t think so. Even with all the mess here, we have democracy. Yesterday there was a protest in Yafo [Jaffa],” he said, referring to a demonstration against racism in Israel and the growing presence of Jewish settlers in the area.

“Here, it’s possible to express what you feel,” his wife added. “But there [in Egypt] it was forbidden.”

But there is legislation currently making its way through the Knesset that many observers call anti-democratic. And the uncertainty that comes with regional unrest could allow an even more hawkish government to take hold of Israel – threatening what remains of democracy in the state and, perhaps, giving rise eventually to a Mubarak-like regime. Both the security establishment and the local media seem to be doing their best to whip up fear, paving the way for this.

So what do the changes in Egypt mean for Israel?

The husband answered: “Right now, the most important thing is democracy for [the Egyptians].” 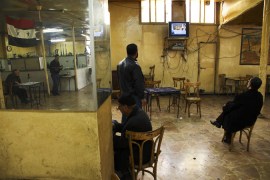 The Syrians are watching

In the tea shops and internet cafes of Damascus, Syrians are asking what events in Egypt may mean for them. 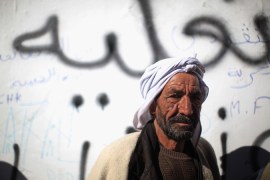 We take a closer look at the economies of North Africa and how their failings have inspired political unrest. 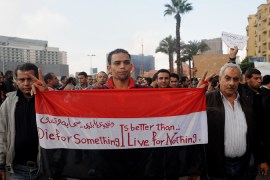 Is Egypt ready for real change?

Will a new vice president and cabinet bring about true change in Egypt? Post your comments and questions here. 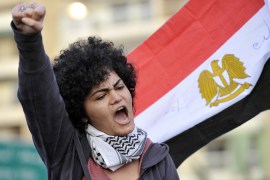