As delegates from 193 nations are meeting in Mexico for the Cancun climate summit, the issue of climate change seems to be suffering from a complete lack of momentum.

A recent survey by GlobeScan, an international research consultancy, shows a sharp fall in the level of public concern worldwide about the issue.

The 26-country poll asked more than 13,000 people to rate the seriousness of a range of environmental problems including climate change. Results revealed that the proportion of those who rated climate change as a “very serious” problem fell from 61 per cent last year to 53 per cent this year, after many years of increasing concern.

Other findings from the poll show that the proportion of people across tracking countries who believe that “the dangers of climate change are exaggerated,” has increased from 42 per cent in 2008 to 48 per cent this year.

Chris Coulter, the senior vice-president of GlobeScan, says the world is witnessing a North-South divide over climate change, with levels of concern remaining stable or growing in emerging economies and declining in Europe and North America.

“The combined effects of economic recession, the confusing results from last year’s Copenhagen climate conference, and the controversy surrounding climate science seem to have shaken the belief of people in industrialised countries that climate change is an urgent problem that needs to be addressed,” he says.

“This makes it even less likely that governments will feel the pressure to reach a strong agreement in Cancun.”

Paul Hohnen, a sustainability expert who has worked on a range of global environmental issues as a diplomat, points to the danger of the increasing indifference towards the climate change issue.

“The problem with climate change is that while public opinion may go up and down, emissions are going only one way: up. And that inevitably means higher average global temperatures and more climate instability, everywhere,” he says.

“However public opinion can shift again quickly. It might only take a few more floods in Pakistan or India, more heat waves and fires in Russia, or a series of crop failures in the US mid-West to re-awaken public concern.

“Then some hard questions are going to be asked about who let this happen and who’s going to pay for the damage.”

A more worrying shift, according to Hohnen, has been the recent assumption of the mainstream financial press that climate change is now unstoppable.

“Last week’s Economist magazine led with the cover ‘How to live with climate change’. After years of saying climate change was nothing to worry about, even conservative analysts now see that major changes have been put in train.”

As this viewpoint becomes more widespread, it could have a dramatic impact on climate policy, Hohnen says.

“Rather than trying to stop or slow climate change, more efforts may now be put into adaptation. This means more sea dykes, weather-proofed buildings and intensive agriculture. To finance this, capital will be pulled back to reinforce local infrastructure and self defence measures. If this happens we will see profound implications for international trade and finance.”

It is hard to identify who was to blame for the failure of last year’s Copenhagen summit, but the high stakes and mistrust among participants did not help to create an atmosphere that was conducive to open discussions. Raised expectations and the brinkmanship approach of the summit made politicians even more reluctant to make big commitments that may not have been supported at home.

After the Copenhagen conference doubts were raised over whether it was even possible to pull together an international agreement on the issue of climate change.

This time around, the participants have realised that it is not in their interests to create high hopes for an agreement. The fact that delegates – and not ministers – are doing the diplomatic ground work is a clear signal that a final deal will not be delivered at Cancun; that, however, is not to say that the work that goes on in Mexico is any less critical.

Despite growing public indifference, scientists are reporting that the environmental problems faced by the world are getting worse. On Thursday, the World Meteorological Organisation reported that 2010 is on track to become one of the three hottest years and 2001-2010 the warmest ten-year period on record.

The second area covered most of the northern half of Africa and south Asia, extending as far east as the western half of China, with annual temperatures up to three degrees above normal over most of the region.

Scientists say a gradually warming earth is expected to bring on droughts and floods with increasing frequency, and a report issued at the conference on Friday said about 350,000 lives are at risk annually from such natural disasters.

Prepared by a group of vulnerable nations headed by the island state of the Maldives and DARA, a Madrid-based humanitarian research group, the Climate Vulnerability Monitor 2010 said the effects of climate change could contribute to the deaths of five million people by 2020 and cause as many as one million deaths per year by 2030 if global warming is not slowed.

A huge challenge facing Cancun is to design a replacement for the old Kyoto Protocol, which is due to expire in 2012. The delegates have so far struggled to bash out a deal on the emissions of greenhouse gasses that would satisfy both rich and poor countries. Todd Stern, the US climate change envoy, says it would be a mistake if differing stances on the Kyoto Protocol brought the talks to a standstill.

“I mean that, it may be that the problems with Kyoto will completely tie this conference up. I am very hopeful that that doesn’t happen because I think that will be a big mistake. With respect to … you asked if the US would be happy to have a 2012 world without a legally binding agreement. It’s not a question of being happy, it is a question of trying to see what can be done in the real world that can make progress on this issue,” he said.

Another failed round of climate talks may send signals to the market that will not help the process of moving towards a sustainable economy. It will place question marks over whether or not it is a good idea to invest in energy efficiency and renewable energy, because governments are seemingly in no hurry to resolve the issues.

If governments do not come to an agreement in Cancun there is a danger that individual countries will go into what Paul Hohnen calls ‘bunker mode’, where rich countries increasingly invest in their own protection and reduce prospects for a global agreement.

“If a global deal isn’t reached soon, where all countries do their share, voters in rich countries in the North are not going to agree to their tax money being used for climate change prevention in the South. While that may not be scientifically or ethically sound policy, it’s not hard to imagine it becoming a popular political line. The irony will be that this will probably be first heard from former climate sceptics.”

When the human species left Africa some 80,000 years ago, their migration was climate change-related. There are natural cycles of climate change caused by a whole range of factors, but human-caused climate change is occurring faster than those types previously seen.

This, according to Hohnen, is going to be the single largest threat to modern human civilisation. 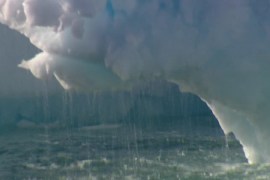 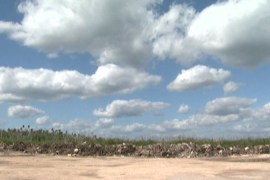 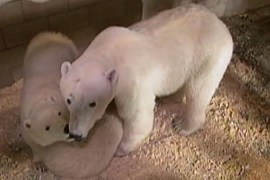 Research has shown that Canada’s polar bear population, world’s largest, is in decline. 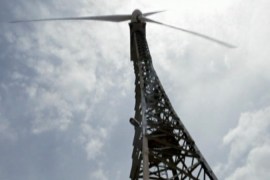