Argentina’s annual inflation surged past 70% last month, one of the fastest rates in the world, after renewed political turmoil fueled price spikes and a currency rout.

Consumer prices rose 71% in July from a year ago, the highest level in about 30 years, according to government data published Thursday. On a monthly basis, the inflation rate spiked to 7.4%, accelerating at the fastest pace in two decades and slightly above economists’ average expectations for 7.3%. 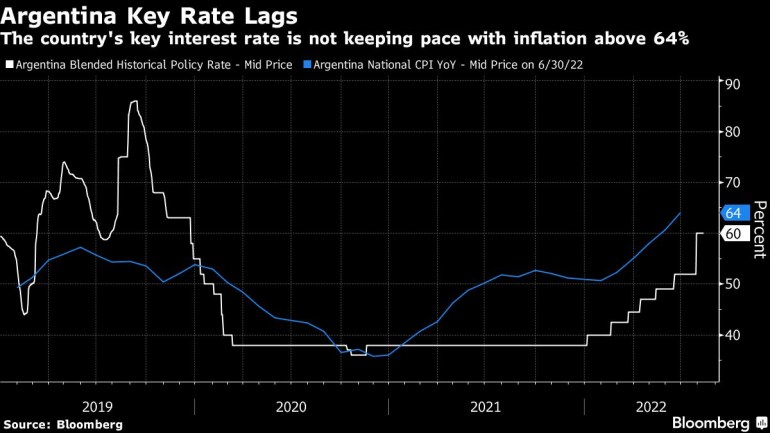 Galloping prices pushed Argentina’s central bank to life rates earlier in the day by the most in three years, jacking up borrowing costs by 950 basis points on the benchmark rate to 69.5%. It signaled a tougher monetary stance against inflation, following another large rate hike just two weeks ago. Policy makers had been only raising rates once a month previously.

Argentina’s already-high levels of inflation got supercharged in July when then Economy Minister Martin Guzman abruptly resigned, blowing open a political crisis long brewing inside the country’s ruling coalition. President Alberto Fernandez replaced Guzman with little-known economist Silvina Batakis, who lasted only three weeks in the job before Fernandez tapped Sergio Massa, a seasoned political operator and one of the leaders of the Peronist coalition, for the role.

All the political turmoil added volatility to an already unstable outlook, with the black market peso losing about 15% of its value in the month and local businesses jacking up prices 20% overnight. 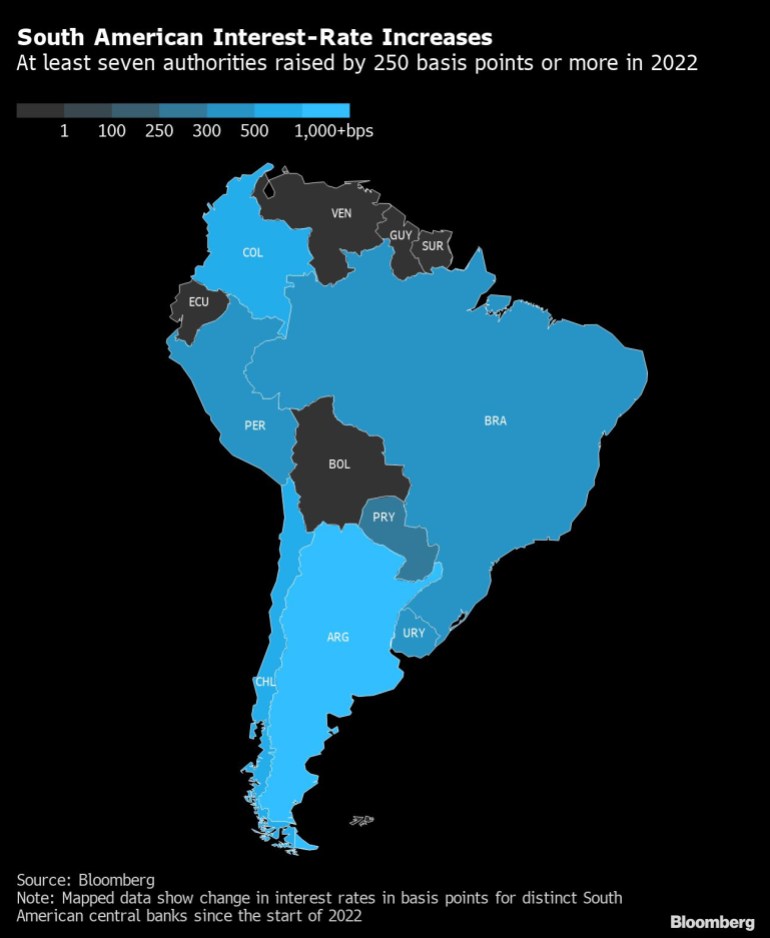 To signal a tougher stance on inflation, Massa committed to stop printing more money to finance government spending — a key factor driving inflation — for the rest of the year. However, other policies, such as removing subsidies on utility bills to improve the fiscal balance, stand to keep price increases high in the near term.

Economists see annual inflation in Argentina ending this year at 90%, according to the latest central bank survey.