Sri Lanka is seeking financial support from the International Monetary Fund, reversing the government’s earlier resistance as efforts to bolster its foreign exchange reserves and manage looming debt payments have been complicated by the war in Ukraine.

President Gotabaya Rajapaksa’s government initiated deliberations with visiting IMF staff Monday, according to people with knowledge of the situation. Officials from Sri Lanka plan to present policy proposals to the lender in early April, said the people, who asked not to be identified as the details aren’t public.

Allies including China and India had delayed bilateral credit lines as global policy makers focused on the Russia-Ukraine situation. As well, the former Soviet states are also the island nation’s top source of tourists, a key revenue driver that’s expected to decline amid the conflict. 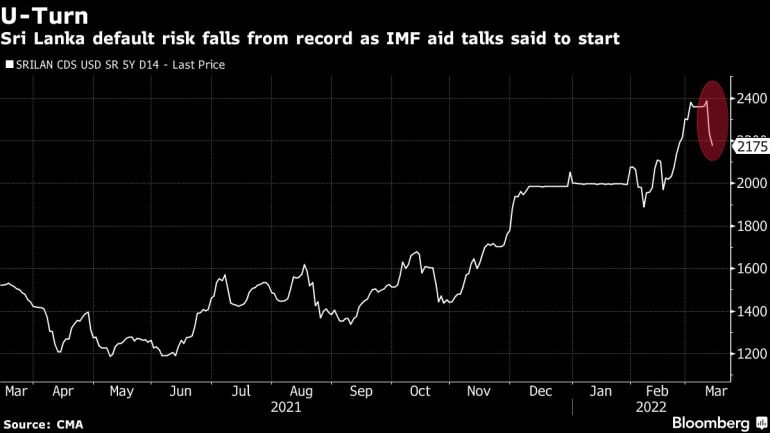 Sri Lanka’s dollar bonds due July 2022 gained for a fifth day on Tuesday, trading at 65.9 cents on the dollar.

Authorities have recently taken measures such as letting the rupee weaken and allowing borrowing costs to rise, moves in-line with broad conditions to be expected from the IMF.

Sri Lanka has about $2 billion of foreign-currency reserves against total debt repayment of as much as $7 billion for 2022. This includes a $1 billion dollar bond maturing in July.